Simple hand-washing with soap can cut hundreds of thousands of deaths a year, UN says

UNICEF/NYHQ2008-1510/Pierre Holtz
In the Central Africa Republic in 2008, a child holds out a bar of soap. UNICEF distributed soap as part of a national immunisation campaign.
15 October 2013

From Ethiopia and Yemen to Bolivia and Viet Nam millions of children are today taking part in the sixth annual United Nations-backed Global Handwashing Day, driving home the message that the simple use of soap and water can slash highly preventable diarrhoeal diseases that kill 1,400 children under five every day.

“Washing hands before eating and after defecation drastically reduces the spread of diarrhoeal disease and has far reaching effects on the health and welfare of children and communities,” the global head of the UN Children's Fund (UNICEF) Water, Sanitation and Hygiene (WASH) programmes, Sanjay Wijesekera, said in a message marking the Day, whose theme this year is The Power Is in our Hands.

“The simple act of handwashing with soap is one of the most effective ways to save children's lives.”

In Ethiopia, some 5 million children are participating in handwashing demonstrations and workshops around the country. In Yemen, Global Handwashing Day celebrations will take place in 3,300 schools, involving 1.4 million children. There is also a mass media campaign aimed at sensitizing the public around hand washing.

One thousand schools in Viet Nam; 450 primary schools in Sierra Leone and 424 in Mali; 200 schools in 50 communities in the Gambia; 12 cities in Indonesia and 22 educational institutions in several municipalities in Bolivia – will be holding Global Hand Washing Day activities.

According to UNICEF, diarrhoea remains the second largest cause of under-five mortality globally. Some 600,000 children die each year from diarrhoeal diseases caused by a lack of safe water, sanitation and basic hygiene out of a total of over 1.7 billion cases. 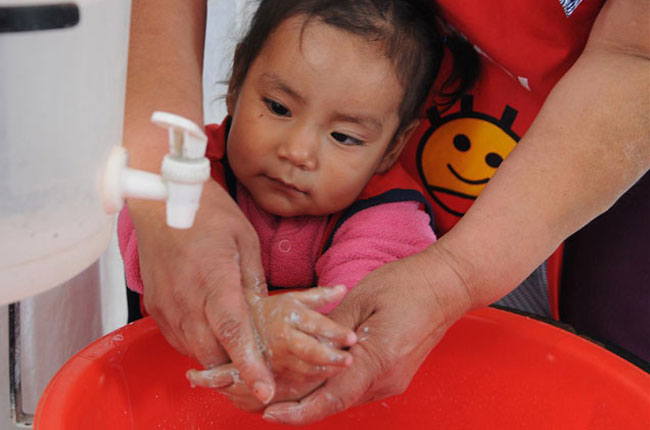 In Peru, a caregiver helps a girl wash her hands with soap in a early childhood development centre, in Ventanilla, outside the capital Lima. © UNICEF/NYHQ2010-2088/Susan Markisz 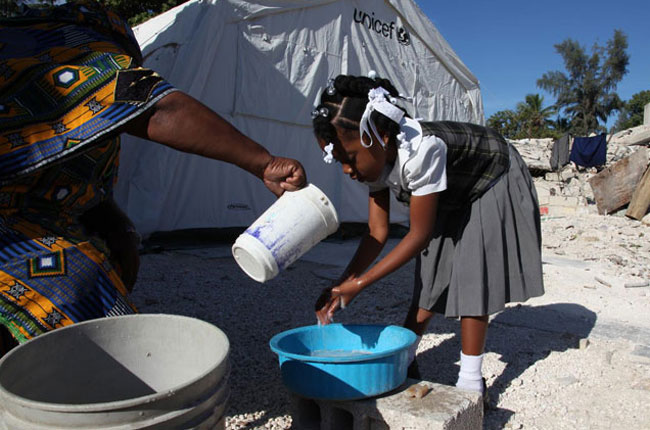 In Haiti in 2010, a girl washes her hands near a UNICEF tent in the Dei Gloria School, in central Port-au-Prince. She and other students have participated in cholera-prevention lessons. © UNICEF/NYHQ2010-2632/Roger LeMoyne 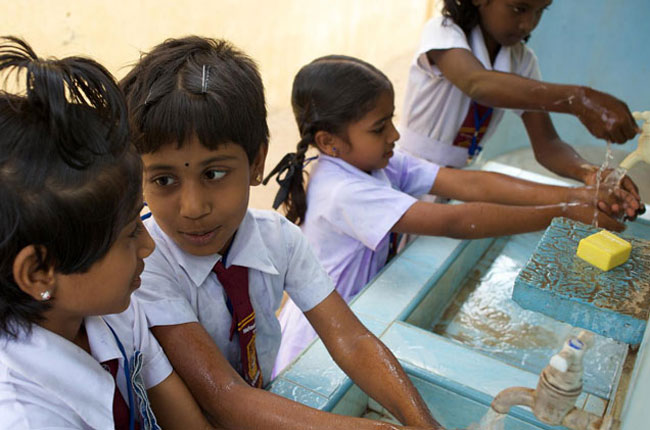 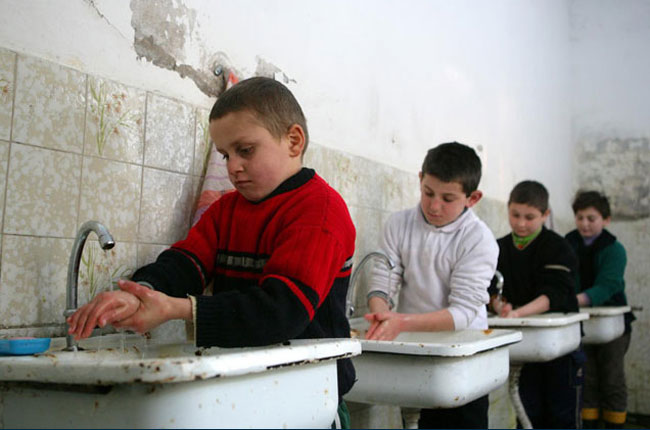 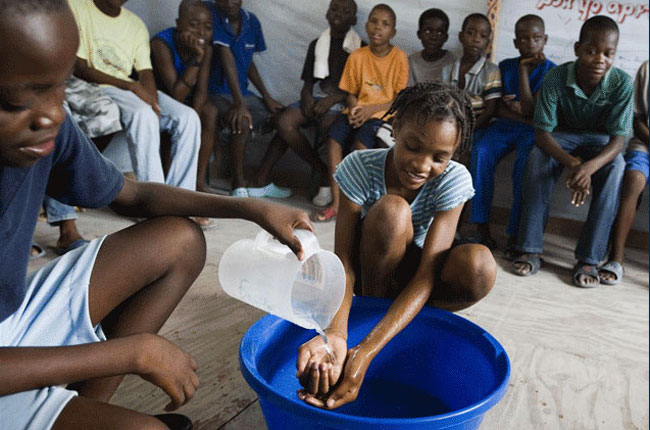 In Haiti in 2010, a child washes her hands during educational activities held for Global Handwashing day at a refugee camp in Port au Prince. © UNICEF/HTIA2010-00590/Marco Dormino 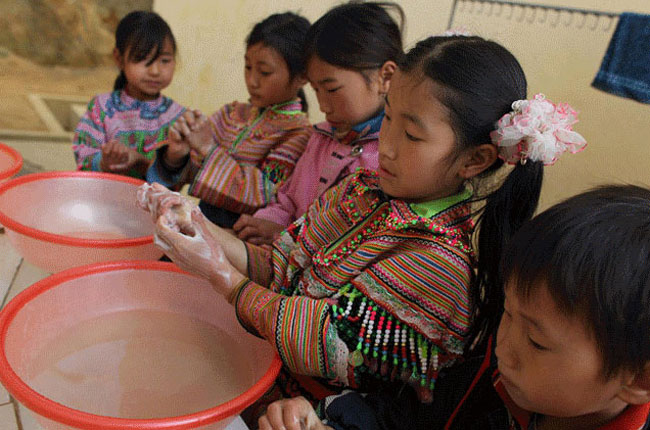 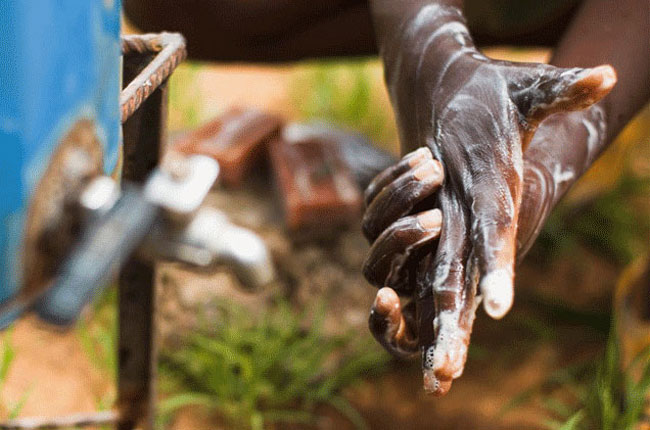 In Mali, boys wash their hands at a handwashing station outside the Fatao primary school in the village of Fatao. © UNICEF/MLIA2010-00665/Olivier Asselin 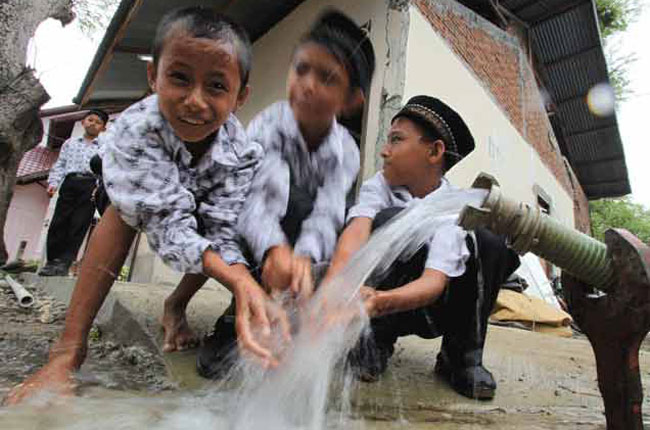 Boys play in the safe water being pumped through a large hose in Aceh Province on Sumatra Island, Indonesia. The school was severely damaged in the tsunami and most of its staff and students killed. It was rebuilt with UNICEF support. © UNICEF/NYHQ2009-1894/Josh Estey

These diseases are also associated with a higher risk of stunting, as shown by low weight for age and developmental delay, and they take a huge toll on society. However, one of the simplest and most inexpensive barriers to infection is hand washing with soap.

“The evidence is clear. Each individual - every mother, every child, every teacher, every member of every community - can contribute to the health of all by just washing their hands,” Mr. Wijesekera said. “If you knew of something monumental that could benefit the world, you would do it. Everyone has this power – simply wet, lather and rinse - with soap and water.”

More than 200 million schoolchildren, parents, teachers, celebrities and government officials worldwide today lathered up in the third annual United Nations-backed Global Handwashing Day, designed to show how simple soap and water can save millions of lives a year.