“I am deeply disappointed regarding the rulings of Belarusian courts which continue to hand down death sentences to the country’s citizens,” said the Special Rapporteur on the situation of human rights in Belarus, Miklos Haraszti.

On 18 September, the Supreme Court ruled to uphold the death sentence of Pavel Selyun, who was accused of double murder and theft of documents. Two other death sentences were handed down earlier this year by the Court to Grigoriy Yuzepchuk and Aliaksandar Hrunau – both for murder charges.

Belarus is the only European country that still retains the death penalty for certain crimes during times of peace and war. Between 2010 and 2012, five executions were held, even though the UN Human Rights Committee had requested interim measures of protection.

“It is unacceptable that Belarusians must live in the fear that non transparent and politically-guided courts hand down death penalty sentences at the end of a procedure without guarantees of a fair trial or the right to appeal to international bodies,” Mr. Haraszti said.

He described the lack of transparency and statistics on death executions in the country as “deplorable,” and also noted that the way the death penalty is carried out amounts to inhuman treatment.

Mr. Haraszti’s call on the Belarusian authorities has been endorsed by four other independent experts designated by the UN Human Rights Council: the Special Rapporteurs on the independence of the judiciary, Gabriela Knul; summary executions, Christof Heyns; and torture, Juan E. Méndez; as well as El Hadji Malick Sow, who currently heads the UN Working Group on Arbitrary Detention. 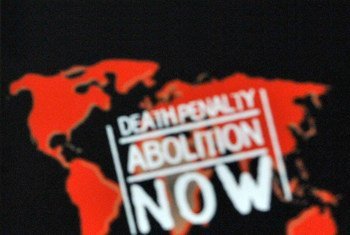 9 August 2013
The United Nations human rights office today said that the resumption of the death penalty in Viet Nam represents a “major setback” in the country’s human rights record.