Mr. Cissé has extensive experience in development and humanitarian assistance in Africa, including on regional initiatives and inter agency processes, having served with the United Nations since 1980.

Most recently, Mr. Cissé was the Deputy Assistant Administrator and Deputy Regional Director, Regional Bureau for Africa at the UN Development Programme (UNDP).

He has also served as Resident Representative and Resident Coordinator in Burkina Faso and as UNDP Country Director in the Democratic Republic of Congo (DRC).

In addition, he has held a number of senior positions at the UNDP Headquarters in New York, as well as on assignment in Benin, Madagascar, Rwanda, and Senegal.

He will replace Ndolamb Ngokwey of DRC. In a statement from his spokesperson, Mr. Ban expresses his gratitude for Mr. Ngokwey’s dedicated service.

In July, the UN Security Council unanimously decided to extend UNOCI’s mandate until 30 June 2014 to continue work on its core priorities of protecting civilians, disarmament, demobilization and reintegration of former combatants, and security sector reform. 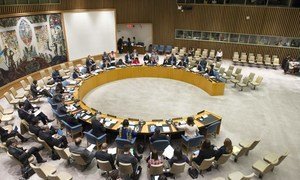 In three separate meetings this morning, the Security Council wrapped up its scheduled work for July with the unanimous extension of United Nations peacekeeping operations in Côte d’Ivoire and Darfur, – and a vote to continue the UN mission in Cyprus.