1 October 2013
Delegates from across the globe used the final day of this year’s General Assembly General Debate today to keep up the drumbeat for the United Nations to fully play its vital role in ensuring world peace and setting the stage for a bold new programme to eliminate poverty and under-development.

“São Tomé and Príncipe reaffirms, in accordance with our principles, our desire to see the United Nations take on a more active role in intervening in the fight against imbalances and in the mediation and resolution of international conflicts,” said the African country’s Permanent Representative to the UN, Carlos Filomeno Agostinho Das Neves.

“The fight against poverty, the struggle against injustices, and greater dissemination of knowledge must, in our view, be of permanent concern to our Organization in order to ensure that all peoples may achieve a satisfactory level of development and dignity, as established in the Millennium Development Goals (MDGs), and thus reduce the conflict and hostility that is prevalent in the world today.”

It was a theme that has run through the seven days of the General Debate and was stressed yesterday by foreign ministers of many developing nations with special resonance as the theme of this year’s 68th Assembly – “The Post 2015 Development Agenda: Setting the Stage!” – seeks to draw up an ambitious long-term sustainable development programme to succeed the current MDGs cycle in the war on poverty and its associated ills. 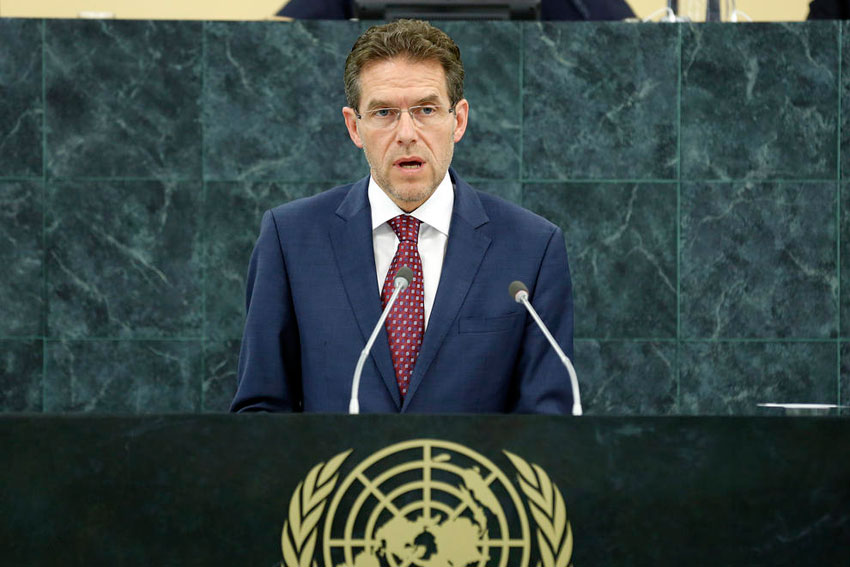 It was a theme, too, taken up by the developed North today with Denmark’s Permanent Representative Ib Petersen stressing the UN’s vital role at a time when strong multilateral cooperation is needed to cope with global challenges transcending national borders.

“In a globalized world, with dramatic shifts of power and influence, a strong United Nations is more relevant than ever,” he declared. “We need the UN with its unique legitimacy and its universal membership. We need a UN which can contribute with common solutions to global challenges. We need a UN which reflects the changing political landscape - including through a reformed Security Council.”

Mr. Das Neves also voiced the need for UN reform, including enlargement of the 15-member Security Council to better represent the world of today, as he enumerated the hurdles facing developing countries.

“The profound imbalance in international relations, the injustice that ails trade exchanges, the enormous gulf in the access to goods and cultural values, and the glaring disparities in the access to information and knowledge among the peoples that inhabit our planet do not contribute to improving living conditions for millions of human beings,” he declared. “Rather, they open the way for increased conflict and threaten international peace and security.”

Mr. Petersen stressed the need to end the huge inequality between rich and poor, and called gender discrimination “the single most widespread driver of inequalities in today's world.” 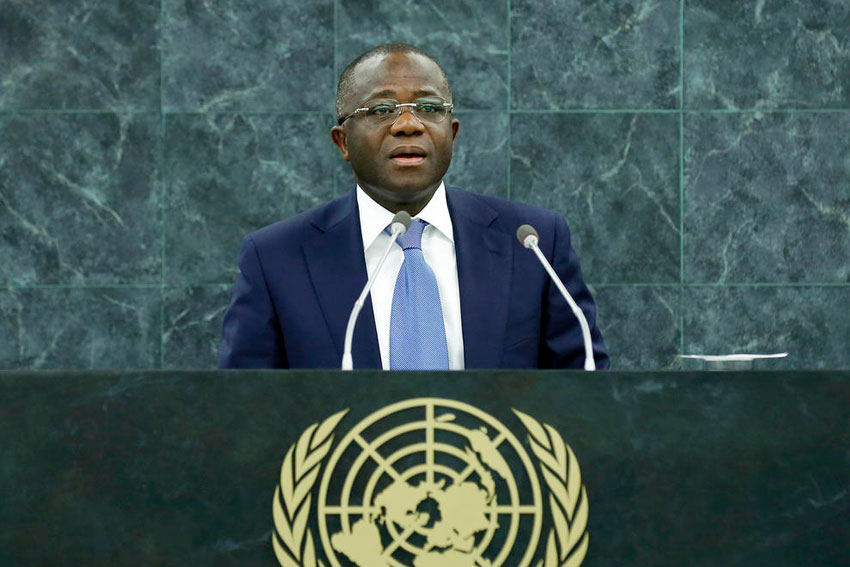 Togo’s Permanent Representative, Kodjo Menan, said the Assembly’s theme called for the UN set in motion a sustainable development programme that is valid for all countries. “If the United Nations principal vocation is the maintenance of peace and international security, it is obvious that these goals can only be reached in any lasting way if abject poverty and misery do not in their turn provide fertile soil for all sorts of instability in our societies,” he said. 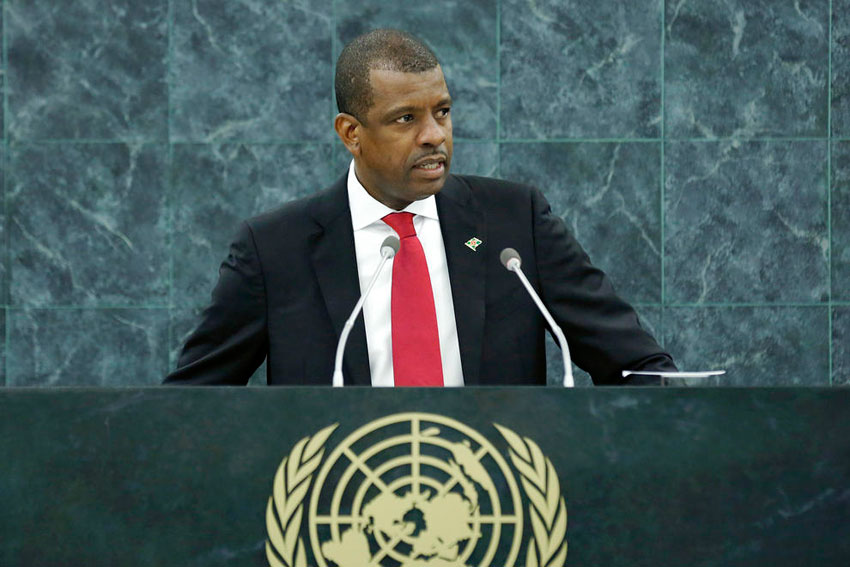 From the Caribbean region, Dominica’s Permanent Representative, Vince Henderson, voiced impatience at the slow pace of anti-poverty programmes. “We must resolve to take stock,” he said. “We must be forever mindful, that those who are condemned still await our intervention; the over a billion people who have only known darkness at the end of each day, long for at least one light bulb in a rural home so that their children can have opportunities for a brighter tomorrow.

“We have run out of excuses about why we are still waiting to act or why we cannot act. Rest assured that our people will judge us harshly for failing to make a difference in their lives,” he added, also stressing the need for sustainable energy and sustainable harvesting of the ocean’s fish stocks. 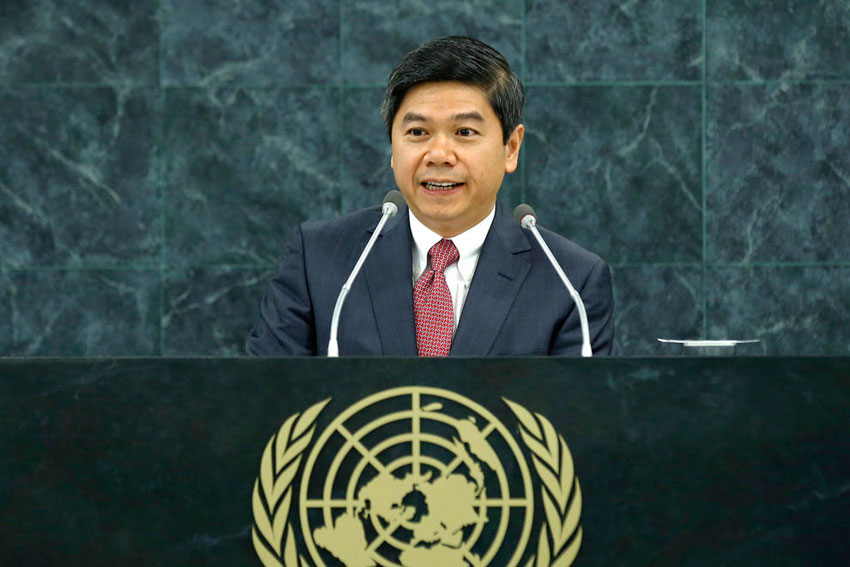 From half way round the world in Asia, Cambodia called on donor countries to fulfil their commitments for development aid. “The post-2015 development agenda will be one of the UN's most ambitious projects to date where all the nations will be called to galvanize actions to help the world live up to our pledges to end poverty, educate children, empower women and provide health services for all,” Permanent Representative Sea Kosa declared.

“It is high time for donor countries to fulfil their commitments concerning ODA (official development assistance). In addition, international trade expansion can also contribute to the promotion of economic growth and poverty reduction,” he added, calling for debt relief, the “critical” transfer of technology by developed countries to developing world, and comprehensive UN and Security Council reform. 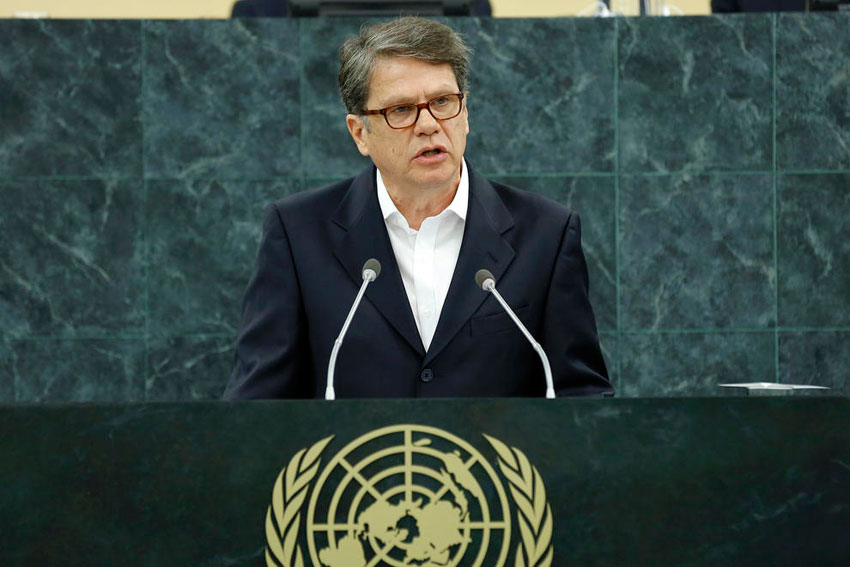 From South America, Ecuador’s Permanent Representative, Xavier Lasso Mendoza, stressed that the needs of the disabled must be included in the post-2015 development agenda. “We must take concrete measures to incorporate the disabled on a global, regional and national scale to achieve verifiable results,” he said in a speech largely devoted to denouncing alleged United States electronic spying on Latin American Governments and elsewhere. 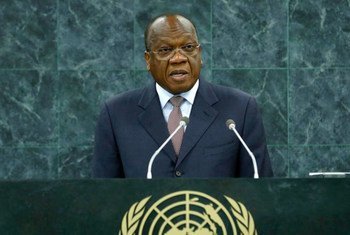