Developed nations have not honoured their commitments to provide the assistance poor countries need to achieve the global anti-poverty targets known as the Millennium Development Goals (MDGs), the Foreign Minister of Belize told United Nations Member States today, stressing that the future development agenda must not suffer the same fate.

Developed nations have not honoured their commitments to provide the assistance poor countries need to achieve the global anti-poverty targets known as the Millennium Development Goals (MDGs), the Foreign Minister of Belize told United Nations Member States today, stressing that the future development agenda must not suffer the same fate.

“It is evident that for some inexplicable reason, the developed countries abandoned goal 8,” Wilfred P. Elrington told the General Assembly’s high-level debate, referring to the MDG on a global partnership for development.

“We note with disappointment, that the rich countries have not even been able to bring themselves to honour their commitment to contribute even the 0.7 per cent of their gross domestic product as official domestic assistance to poor countries,” he said.

In addition, the resources being provided by the international and other financial institutions and by private donors “fall far short” of what is needed by poor countries to attain the MDGs.

Mr. Elrington noted that the MDGs were a major breakthrough in the UN’s development agenda. “It held forth the hope for the provision of massive amounts of desperately needed aid, technology transfer and other development assistance from affluent nations, financial institutions and philanthropists to nations mired in poverty.”

However, 13 years later, the scorecard reveals that while a minority of countries are showing successes in attaining the Goals, the vast majority of nations are still mired in poverty with scant, or no sign of development, he added.

“In the absence of the partnership of the developed countries, the attainment of the MDGs by poor countries will remain illusory for they neither possess the requisite leadership cadres, the financial, human and technical resources, the infrastructure, the requisite levels of investment and trade nor the institutions to foster the needed levels of development to generate the resources needed to underwrite the expenses associated with the attainment of these goals. And what is perhaps even worse, far too many countries have no realistic prospect of attaining that capacity within the foreseeable future.

Mr. Elrington urged that the post-2015 development agenda be informed by the international community’s experiences with the MDGs.

“And new mechanisms must be devised to ensure that the post-2015 development agenda does not suffer a similar fate.” 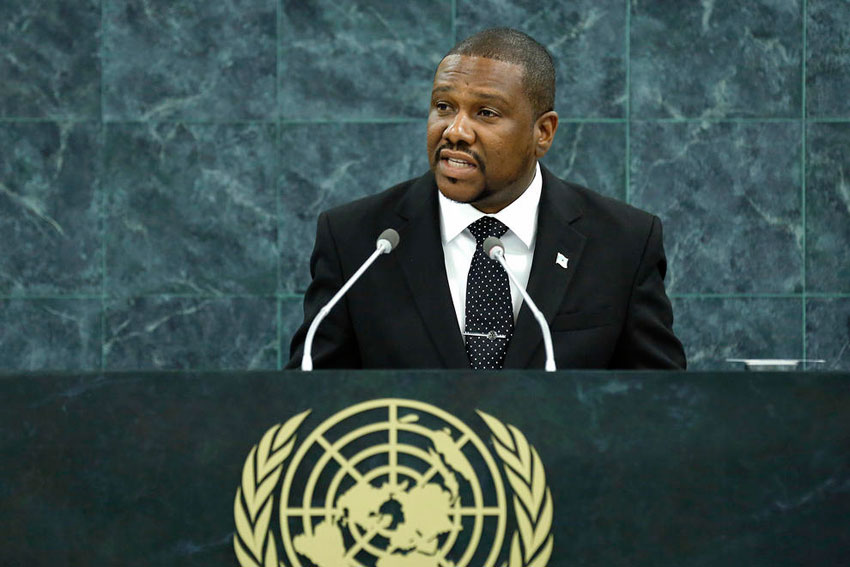 Speaking later in the debate, Alva Romanus Baptiste, Minister for External Affairs of Saint Lucia echoed similar sentiments when he stressed that global inter-dependence demands that “the strong help the weak so that everyone gets strong.” The post-2015 development agenda presented a “watershed” opportunity for all nations to participate meaningfully, he added.

“The rich must resist the temptation to retreat inwardly at this time as it may shut down the global economic engine,” he continued, stressing that the post-MDGs period must be driven by common aspirations, shared goals and a unified vision of a secure and serene world.