30 September 2013
Speaking at the General Assembly’s annual debate at the United Nations today, the representatives of some industrial countries urged the Member States of the world Organization to focus on the well-being of individuals around the world, particular those most vulnerable.

Speaking first today, the Foreign Minister of Canada said that all efforts to shape a future development agenda must centre on protecting the dignity of human beings, especially those most vulnerable,

“We are not here to achieve results for Governments or political leaders,” John Baird said as the high-level debate that starts off the 68th session of the Assembly entered its sixth day, under the theme of laying a groundwork for a new strategy to combat global ills following the 2015 term of the current Millennium Development Goals (MDGs).

Pointing to the plights of three girls – a child bride, a victim of rape and sexual violence and a refugee who wants to return home – he added: “We are here to protect and defend these three girls and seven billion other members of the human family.”

Efforts to fight terrorism such as the recent mall attack in Nairobi, to bring about peace in Syria and elsewhere, and to ensure food for the hungry are all part of the UN’s mandate to improve the conditions of people and protect their dignity.

“Let us remember this as we embark on discussions to shape a new global agenda, focusing on those most in need,” he said. 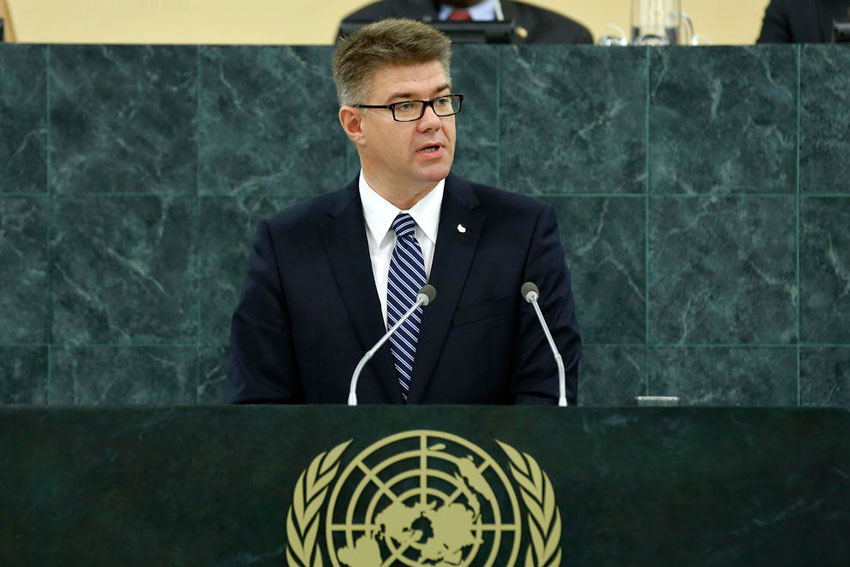 The Foreign Minister of Iceland, Gunnar Bragi Sveinsson, said that his compatriots were impressed, during Secretary-General Ban Ki-moon’s recent visit to the country by UN’s focus on helping vulnerable people.

“Every single day the UN is making a difference in the lives of countless people around the world - helping refugees, providing humanitarian assistance and saving the lives of children,” Mr. Sveinsson said.

Concerted multilateral action was needed to progress further in those areas, as well as in protecting the environment, preserving peace and saving lives. “The more united we are, the better the world becomes,” he said.

In such global efforts, he stressed the importance of the protection of human rights, ending conflicts and terror and protecting the environment.

On boosting sustainable development, he said his country was proud to offer its expertise in geothermal energy, sustainable fisheries management, reformation of fertile land and gender equality, and it would focus on those topics in the post-2015 process.

He emphasized the importance of the health of the oceans for future sustainability, strongly supporting the Convention on the Law of the Sea in that regard and noting that the eight Arctic States have formed a regional association to protect their threatened ecosystem.

“We who live in that corner of the world know how urgent it is to act and plan for the future,” he said. “The delicate environment must be protected, economic opportunities developed and the needs of the people who live in the Arctic respected,” he said. 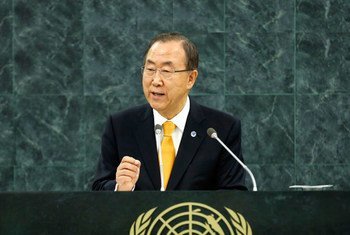 24 September 2013
Declaring that “leadership makes the difference,” United Nations Secretary-General Ban Ki-moon today urged heads of State and Government gathered in New York to “hear the call of history” and, through hard work, commitment and integrity, answer the just demands of their people for human dignity and sustainable development.