Countries from across the globe called urgently today for an ambitious long-term sustainability agenda – and the mechanisms to monitor its achievement – to succeed the current Millennium Development Goals (MDGs) cycle, as the United Nations General Assembly wrapped up the first week if its annual General Debate.

The theme of this year’s 68th General Assembly – “The Post 2015 Development Agenda: Setting the Stage!” – will seek to draw up a blueprint to totally eliminate poverty and its attendant ills in the decades following the end in 2015 of the MDGs cycle.

“We must go beyond the traditional relationship between donors and recipients through the creation of partnerships with the involvement of new international actors,” Portuguese Foreign Minister Rui Machete said, calling for a broader, more inclusive and strategic vision that will build on the MDGs’ focus on poverty reduction and sustainable development while giving special attention to the needs of the least developed countries.

“Different modalities of assistance, new sources of financing, a reinforced principle of shared responsibility, leadership and ownership by developing countries are, for Portugal, the main guiding principles for the post-2015 development agenda.” 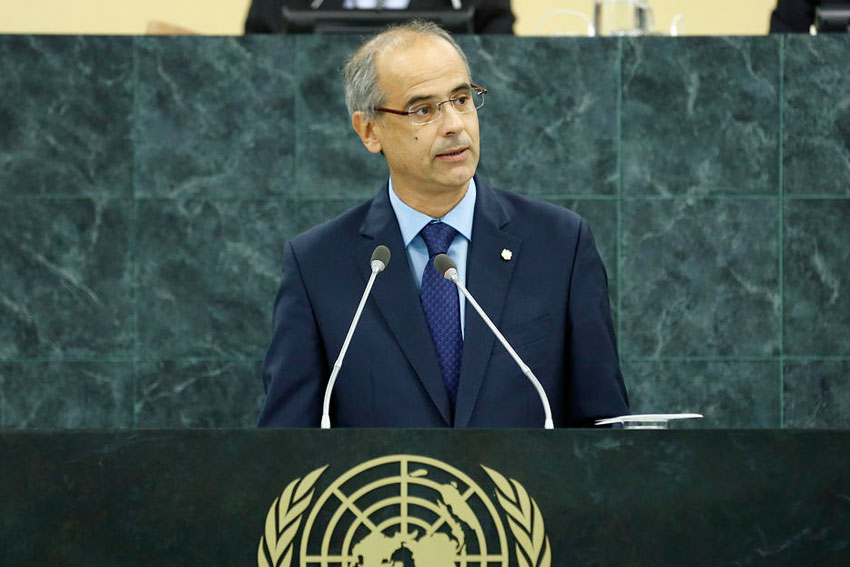 Andorra’s Head of Government, Antoni Marti Petit, said he hoped that the goals of the post-2015 agenda will be even more ambitious than the MDGs and “that we will be able to dedicate a lot more effort to them,” noting that most of the Millennium targets will not be reached by their deadline.

“Otherwise, we will run the risk of citizens seeing their institutions, and also the United Nations, as something far removed from their everyday lives and real problems,” warned.

The eight MDGs, adopted at a 2000 UN summit, aim to slash extreme hunger and poverty, boost access to health care and education, achieve gender equality and environmental stability, reduce maternal and child mortality and the incidence of HIV/AIDS, all by the end of 2015. 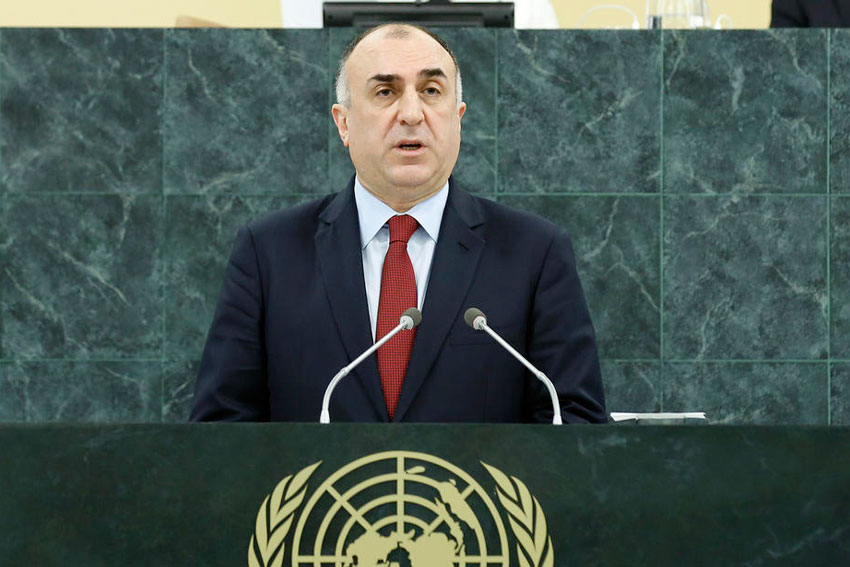 Elmar Maharram Oglu, Minister for Foreign Affairs of Azerbaijan said that his country believed one of the key elements within the post-2015 agenda should be information and communication technologies (ICTs), “which is a driving force of development and progress.”

To achieve the objective of ensuring improved access to new technologies, he said, there is a need for intensified efforts to enhance regional synergies for promoting investment in ICT capacity building, refocusing tools and contents for addressing particular needs of populations, and thus ICTs can be better adapted in the service of sustainable development. 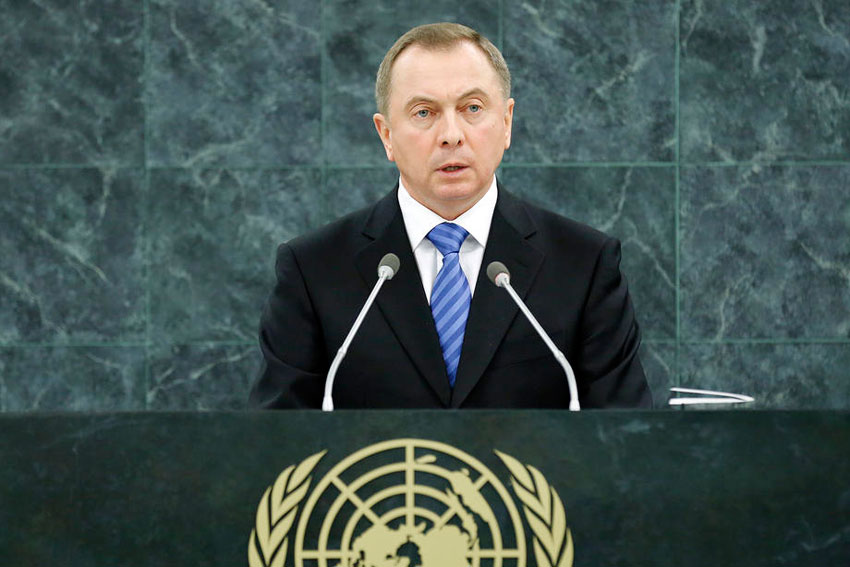 For his part, Vladimir Makei, Minister for Foreign Affairs of Belarus, stressed the need to devise a comprehensive post-2015 UN development agenda comprising those areas not covered by the MDG, for example, migration, energy and employment.

“We believe that each and every goal must be realized through appropriate thematic global partnerships that bring together States, international organisations, civil society and private sector,” he said suggesting that such cooperation could emulate the Global Partnership against Slavery and Trafficking in Persons that is being now successfully implemented. 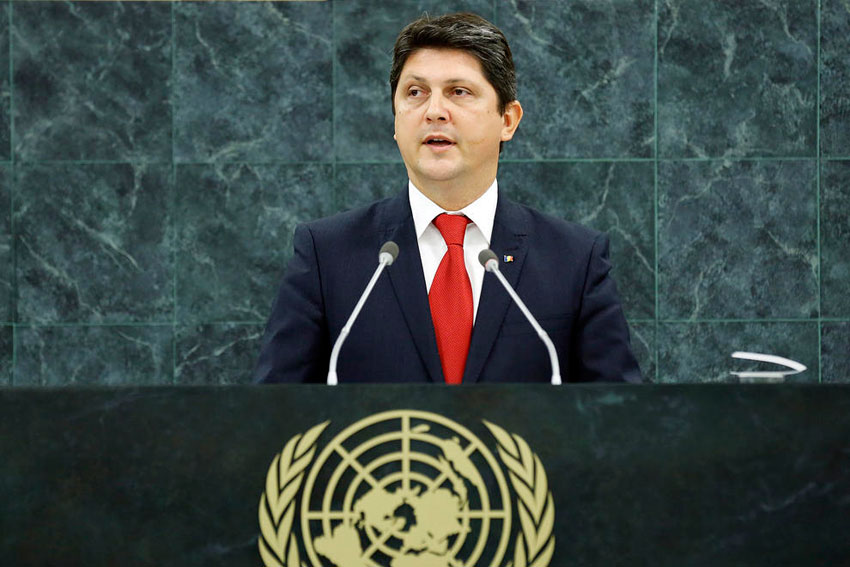 Titus Corlatean, Minister of Foreign Affairs of Romania, said the new framework should reinforce the international community’s commitment to poverty eradication and sustainable development. The yet-to-be-agreed sustainable development goals should be universal, applicable to all States and provide references and clear suggestions for action and innovative mechanisms for measuring their implementation.

“At the same time, the goals should be based on national ownership and taking into account different national circumstances in order to provide political space and the right to development for each country,” he said 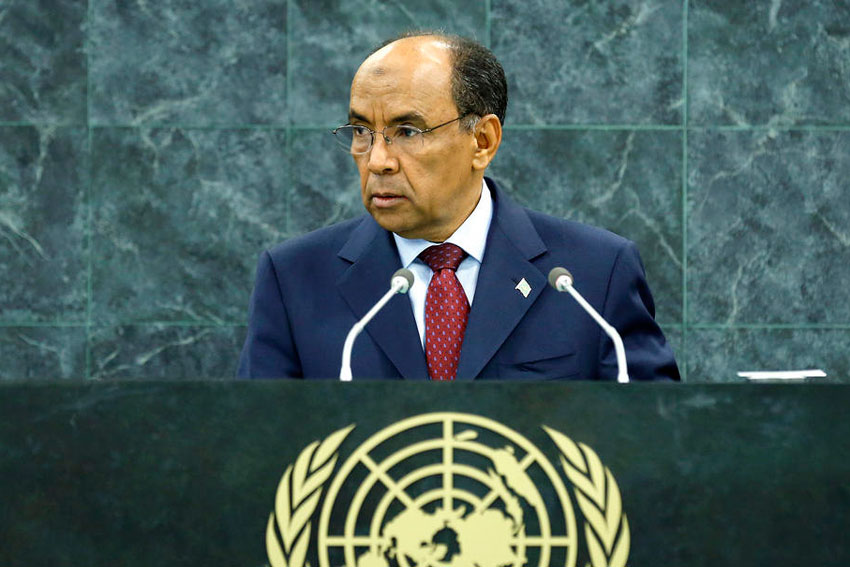 From West Africa, Mauritanian Foreign Minister Ahmed Teguedi called on rich countries to approve a range of important elements for developing countries in the post-2015 agenda, including debt cancellation, technological transfers, improvements to North-South trade exchanges and the elimination of customs barriers.

“On the threshold of 2015 we must today put in place plans and programmes that take into account the failures of the past and the challenges of the future,” he said. “To this effect we call on the rich countries to keep their promises regarding the financing of development programmes in those countries which are in urgent need of them.” 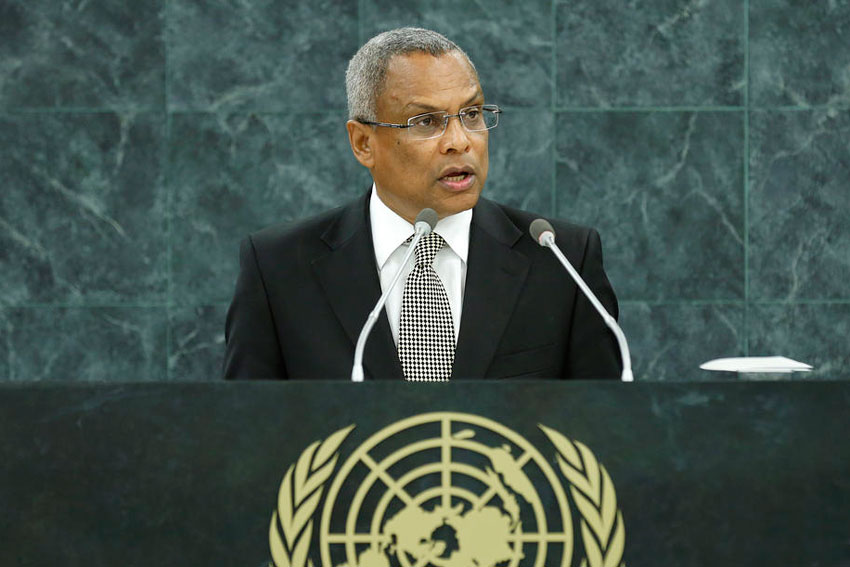 Jose Maria Pereira Neves, Prime Minister of Cape Verde called climate change a “pressing problem of our times” that should be addressed with urgency and a great sense of responsibility. The issue deserved a major focus in the post-2015 development agenda, as its fallout impacts food security and ocean acidification, and exacerbates social tensions, opening doors to potential national and regional conflicts.

With that in mind, he said that as delegations move forward with the sustainable development goal process, the General Assembly must “come together in a historic convergence on behalf of the environment,” with the aim of ensuring social, economic and human development for all.

UN must reflect the world as it is, not as it used to be, say Ministers from Germany, Liechtenstein 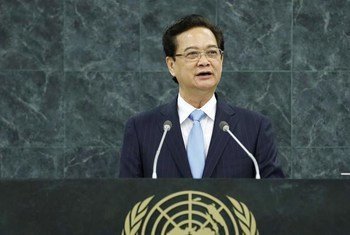 27 September 2013
Citing his own country’s example in moving from a war-ravaged, hunger-stricken State to becoming a leading rice exporter, Prime Minister Nguyen Tan Dung of Viet Nam today called on the United Nations to use a "One for All and All for One" strategy in developing a long-term blueprint for sustainable development.