27 September 2013
Leaders of Caribbean island States addressing the United Nations General Assembly today outlined progress made at eradicating poverty and urged greater support from the international community to meet the universally accepted goals, particularly those on health and climate change.

In his speech to the 68th high-level debate, Prime Minister Denzil Douglas of Saint Kitts and Nevis stressed that special attention must be paid to the high incidence of diabetes and other non-communicable diseases plaguing the Caribbean.

“No discussion on the issue of development can progress without reference to the area of health and in particular to chronic illnesses that continue to plague our societies with relevant loss of lives, thus retarding our development thrust,” said Prime Minister Douglas.

He noted that there is a strong nexus between a nation’s health and its level of productivity, a “nation’s wealth lies in the health of its people.”

The UN World Health Organization (WHO) and its partners have worked with the national authorities to reverse the high incidence of non-communicable diseases in the region, particularly through testing.

Mr. Douglas is among the high-level officials speaking at the UN Headquarters in New York about issues of individual national and international relevance, as well as on the debate theme which focuses on the anti-poverty targets known as the Millennium Development Goals (MDGs) and a sustainable agenda for the years after 2015.

Turning to the wider theme of the MDGs, Mr. Douglas stressed that small island developing States (SIDS) remain a special case for sustainable development and necessitate continued cooperation and assistance from the international community. 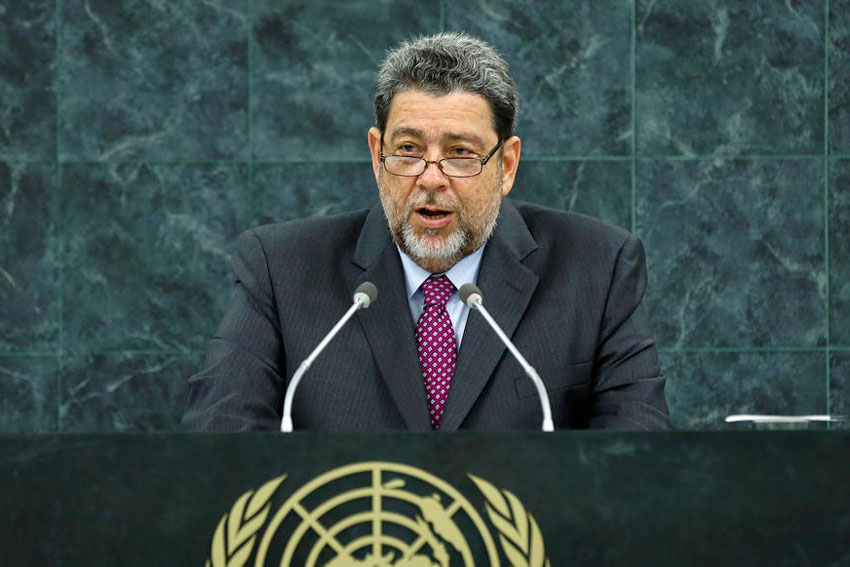 “Without predictable flows of meaningful, nondiscretionary assistance, the post-2015 development programme will remain, substantially, a fleeting illusion to be pursued, but rarely if ever attained,” he cautioned in his statement to the Assembly.

Mr. Gonsalves also had harsh words for the international community on its “endless, rudderless and seemingly vacuous” negotiations on climate change.

Caribbean countries are on the forefront of climate change and while for major emitters and historical polluters the fallout is a question of “dollars and cents,” for the people on the islands, it is “life and death.”

Among other topics discussed in their speeches, both leaders also highlighted the legacy of slavery and the Caribbean Community’s (CARICOM) support for reparation associated with the atrocities of slavery.

While difficult to quantify, Mr. Douglas said, the deleterious effects associated with the atrocities of slavery translated into much hardship and poverty for their descendents.

Meanwhile, Mr. Gonsalves called reparation a “special pillar in the post-2015 development agenda” and called on European countries engaged in the trade centuries ago “to repair the contemporary legacy of their historic wrongs.”

The General Debate continues through 1 October. 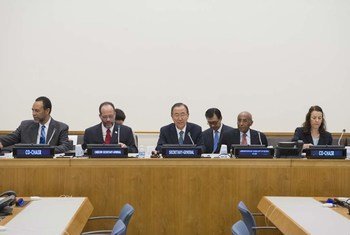 23 July 2013
Sustainable development, climate change and security challenges were among the shared concerns highlighted during a two-day meeting between the United Nations system and the regional grouping known as the Caribbean Community (CARICOM), which wrapped up today in New York.