26 September 2013
From its vantage point between Europe and Africa it is easy for Malta to bear witness to poverty and insecurity and the migration it causes, but such suffering is everyone’s problem, the Prime Minister of the Mediterranean country told the General Assembly today.

From its vantage point between Europe and Africa it is easy for Malta to bear witness to poverty and insecurity and the migration it causes, but such suffering is everyone’s problem, the Prime Minister of the Mediterranean country told the General Assembly today.

“When rickety boats laden with irregular migrants reach our shores, we see the suffering and the loss of dignity etched on these people's faces,” Prime Minister Joseph Muscat said as the Assembly’s 68th Session continued into its third day.

Noting his country’s assistance to such people, he said their problems were impossible to ignore by any nation, as all countries had a hand in shaping the conditions that could cause or relieve them.

“It would be easy to flip channels once again to park it in someone else's back yard. But it is not someone else's problem. Irregular immigration, human trafficking and modern-day slavery are everyone's problem.”

Calling for a sustained evolution in global thinking at the threshold of 2015, he urged all nations to “not only think beyond the current Millennium Development Goals and how to ensure their sustainability, but also about what other goals should be included.”

“There can be no sustainable development goals without peace, without fighting corruption, without respect for human rights and without economic equity which is the social justice issue of our time,” he stressed, affirming Malta’s commitment and past record of working with the international community on all United Nations concerns.

In his region, in particular, he said, more must be done to support “the fragile democracies that are struggling to take root where dictators formerly ruled,” by support to intra-regional trade, other economic sectors and cultural exchange. More must also be done to end conflicts, he said, particularly the carnage in Syria.

Prime Minister Muscat is one of scores of leaders to speak at the annual General Assembly session at which heads of State and Government and other high-level officials will present their views and comments on issues of individual national and international relevance.

Moldovan leader highlights use of technology in transparency, good governance 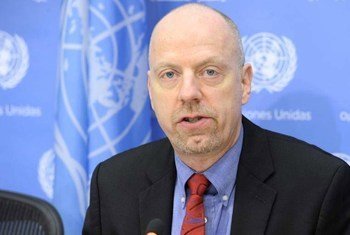 11 September 2013
More people than ever are living abroad the United Nations today reported, with Asia seeing the largest increase of international migrants over the past decade, and the United States remaining the most popular destination.