US Government
An atmospheric nuclear test conducted by the United States at Enewetak Atoll, Marshall Islands, on 1 November 1952.
26 September 2013

Senior United Nations officials today called on Member States to take renewed steps to rid the world of nuclear weapons, during what was the first high-level meeting ever held by the General Assembly devoted to this issue.

“Some might complain that nuclear disarmament is little more than a dream. But that ignores the very tangible benefits disarmament would bring for all humankind,” Secretary-General Ban Ki-moon said at the meeting, held on the margins of the Assembly’s high-level General Debate.

“Its success would strengthen international peace and security. It would free up vast and much-needed resources for social and economic development. It would advance the rule of law. It would spare the environment and help keep nuclear materials from terrorist or extremist groups. And it would remove a layer of fear that clouds all of human existence.”

In particular, Mr. Ban appealed to nuclear-weapon States to intensify their efforts to cooperate with the international community and move towards disarmament.

“Today, I once again call upon the Democratic People’s Republic of Korea to demonstrate its commitment towards verifiable de-nuclearization,” he said. “I urge the Islamic Republic of Iran to fulfil its pledge to enhance the transparency of its nuclear programme.”

The Secretary-General also urged countries that have not yet done so to accede to the UN-backed Treaty on the Non-Proliferation of Nuclear Weapons (NPT) as well as the Comprehensive Nuclear-Test-Ban Treaty (CTBT).

Having entered into force in 1970, the NPT aims to prevent the spread of nuclear weapons and weapons technology, to promote cooperation in the peaceful uses of nuclear energy, and to further the goal of achieving nuclear disarmament. The CTBT bans all nuclear explosions in all environments, for military or civilian purposes. It was adopted by the General Assembly in September 1996 but has not yet entered into force. 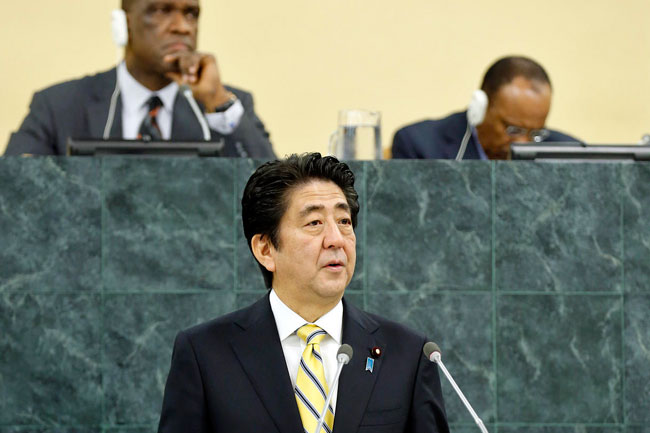 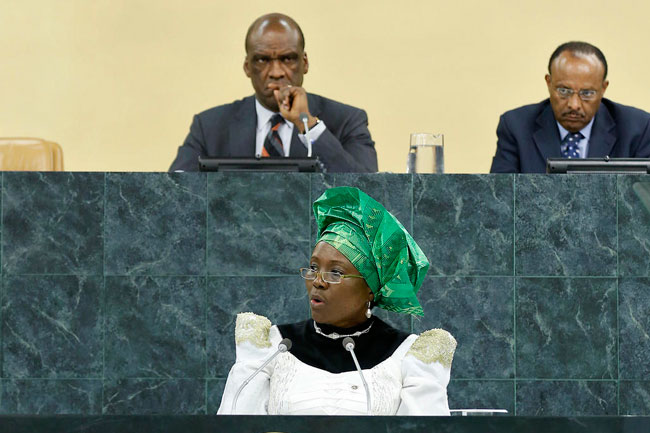 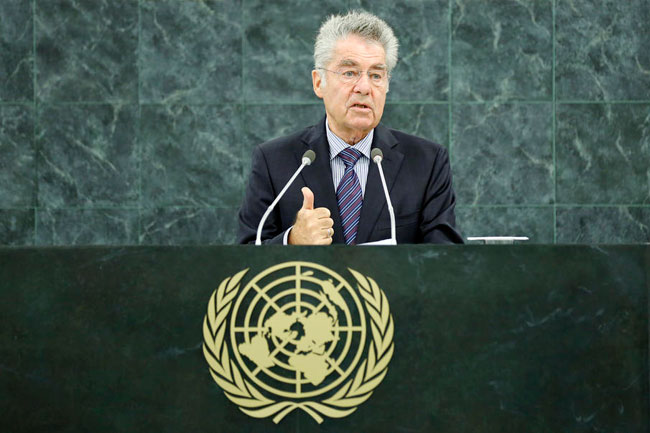 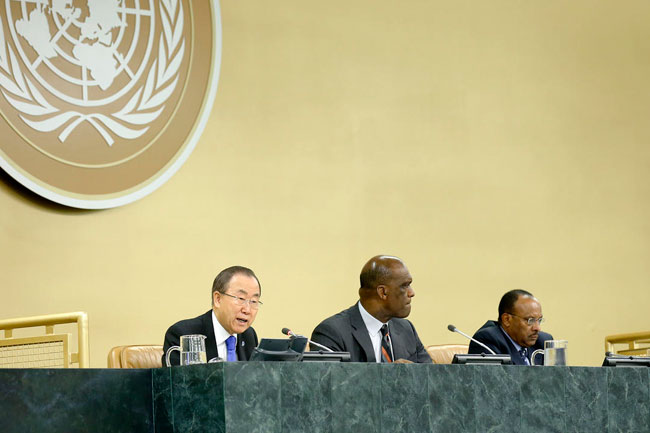 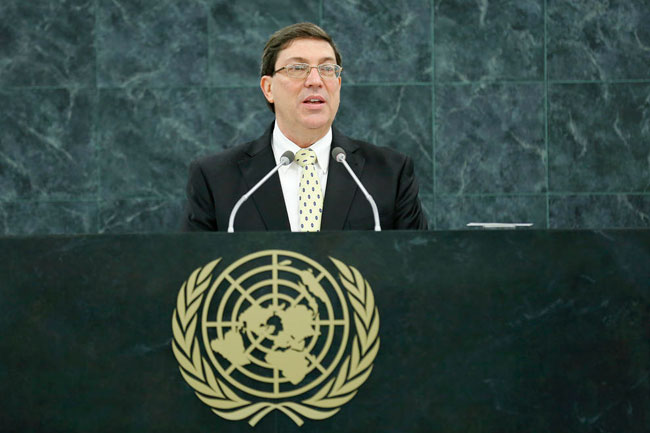 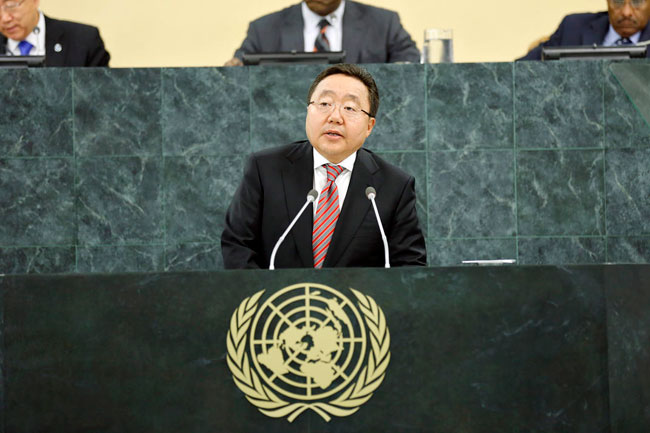 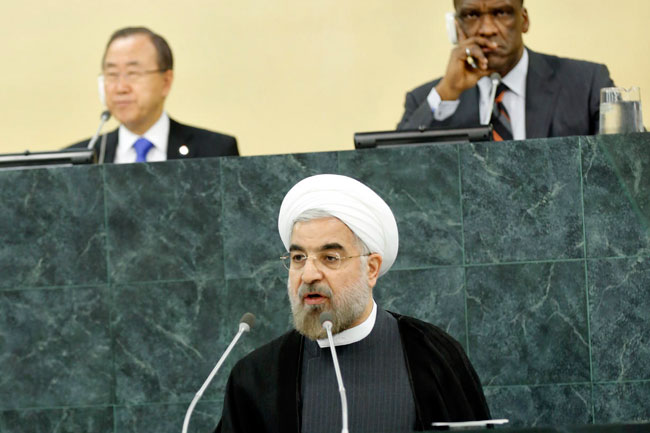 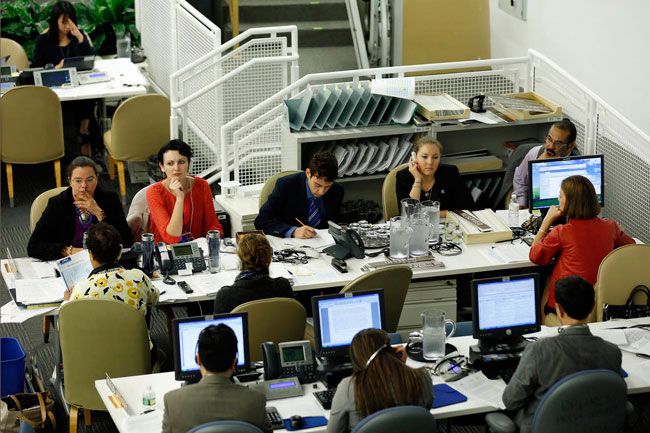 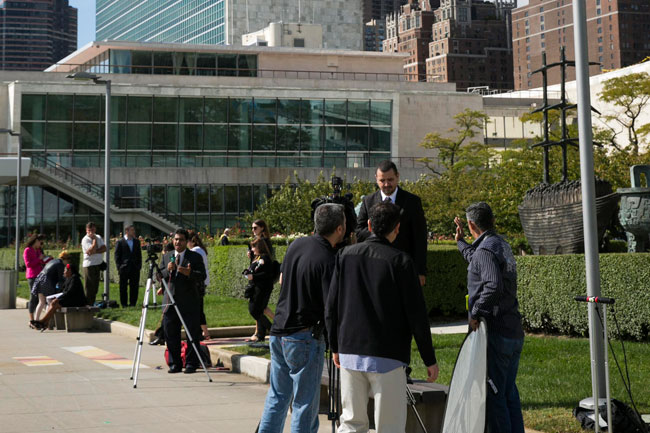 Participants at the high-level meeting on Nuclear Disarmament and a look behind the scenes. UN Photo/Rick Bajornas

Mr. Ban stressed that he would continue to explore ways to advance disarmament efforts and support existing ones, including the five-point plan he put forward in 2008 that includes recommendations on increasing security, verification, establishing a legal framework for nuclear disarmament, transparency and conventional weapons.

The President of the General Assembly, John Ashe, reminded States of the link between the post-2015 development agenda and nuclear disarmament, emphasizing that less resources to weapons stockpiles translates into more resources for development.

“As we put time, resources and energy into maintaining and expanding this ever increasing weaponry complex, we divert resources from education, healthcare, poverty reduction, and the overall goal to move towards more sustainable development,” he said.

“I urge you to devote part of the resources made available by the implementation of disarmament and arms limitation agreements to economic and social development.”

Mr. Ashe noted that while the General Assembly has repeatedly stated its commitment to nuclear disarmament through numerous resolutions, treaties and initiatives, concrete and meaningful progress has not been achieved yet. In this context, he urged Member States to renew and strengthen their commitment to achieve this goal.

“Today’s historic high-level meeting provides an opportunity to honour the vision of the Millennium Declaration and to renew our commitment to a world free of fear,” he said. “Building on today’s meeting and the work many of you are already doing, we can make significant progress – to advancing the agenda before us and to creating a world that honours what we all truly value: security, prosperity and peace and human well-being.”

True security is based on people’s welfare and not on military annihilation, senior United Nations officials said today, marking the 68th anniversary of the atomic bombing of Hiroshima and later Nagasaki, and honouring the survivors of the bombings known as ‘hibakusha.’