In a wide-ranging address, Bolivian President Evo Morlaes Ayma said that over the past few days, he listened to the speeches of other world leaders and it became clear that their views on liberty, equality, dignity and sovereignty “leave a lot to be desired.” It also became clear that Bolivia and other countries in the region followed a different path from many so-called industrialized nations.

Yet, while those countries claimed to be experiencing a financial crisis, Bolivia was, among other gains, bringing people out of poverty, expanding its coverage for maternal health, boosting literacy and investing in water and sanitation. In short, he said, Bolivia was on the path towards achieving the Millennium Development Goals.

“We live in sovereignty and dignity; no longer dominated by the North American empire…no longer being blackmailed by the International Monetary Fund (IMF),” he said, telling delegations gathered for the Assembly’s annual General Debate that when Bolivia had freed itself politically and economically, its social conditions had changed radically for the better.

Mr. Morales went on to say that while some of the statements he heard this week espoused peace, democracy and social justice, when he looked at the actions of the speakers – military intervention, blocking airspace, espionage and using companies to spy on private citizens – he wondered, “just what kind of peace and social justice are they talking about?”

“Those like the United States who follow such a course can not believe that they are masters of the world. They are not,” he said, stressing that if the Obama Administration and its allies really wish to fight terrorism, they should do so with policies, not military bases. If they really wanted to fight intolerance, they would do so with education, not weapons.

Citing a raft of grievances against the current Administration in Washington, he urged the international community to move to ensure that no President anywhere in the world be able to damage the lives of fellow human beings. “We must think of a world without hierarchies,” he said, appealing to all delegations to fight economic polices that damage humanity. 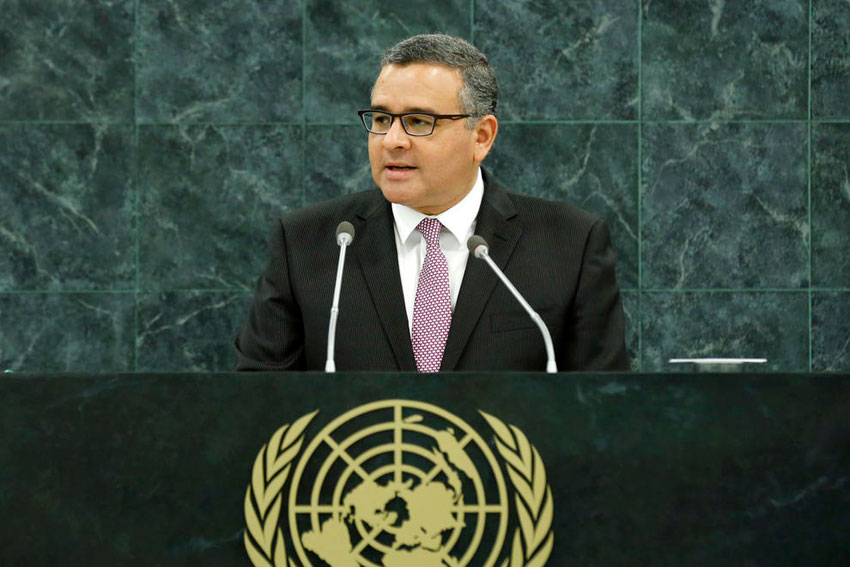 In his address, Carlos Mauricio Funes Cartagena, President of El Salvador, said the development agenda must ensure protection for those most affected by the economic crisis and the impacts of climate change. For some years, El Salvador’s economy stopped growing, and exports declined, as had family remittances.

“This terrible reality was the result of decades of outside economic and social models that promoted inequality, backwardness and injustice,” the President said. Yet, as his Government had begun to press ahead with fair and inclusive implementation of the Millennium Development Goals, that situation had changed. It also decided not to push the costs of the crisis unto the poorest and most vulnerable in the country.

Indeed, Mr. Funes Cartagena said, the Government reduced the number of homes and individuals living in poverty, and among other gains, boosted literacy, improved access to water and sanitation, and had achieved a “remarkable” decrease in maternal mortality. It had also brought healthcare to the remotest regions of the country.

These and other deep changes had been driven by the decision to follow a different economic model, one which focuses on, among others, small framers, children and the poorest sectors of the country. It also introduced polices to reduce violence and combat crime. He said that the Government also facilitated an accord between the country’s two largest youth gangs, a move that had also led to a reduction in violence.

Mr. Funes Cartagena said his region is exposed to major climate-related phenomena, affecting the most vulnerable populations and leading to millions of dollars in losses. His Government is taking steps to address such issues and also made a formal apology to the victims of human rights abuses, including the relatives of those that had been disappeared. He is convinced that the best investment is in the poor; in transforming them into a vibrant and productive middle class. 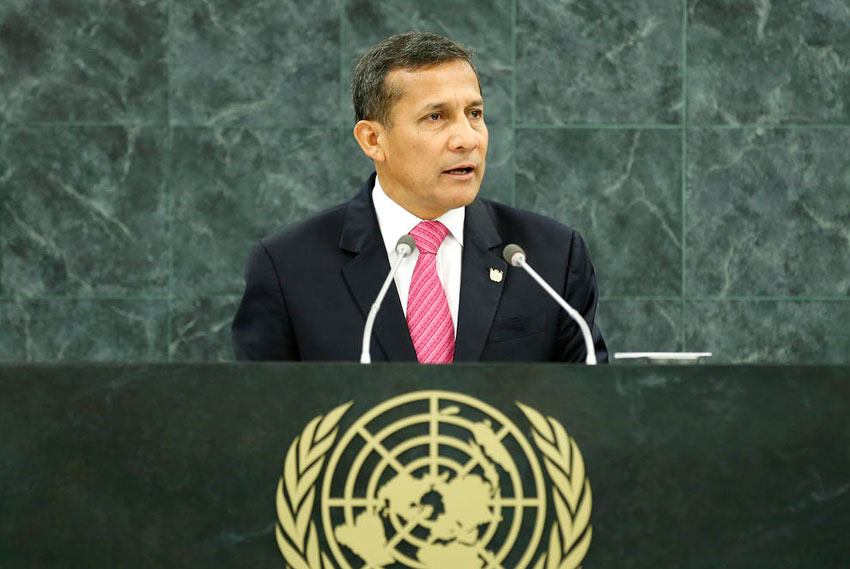 Echoing some of the those thoughts, Ollanta Humala Tasso, President of Peru, said that worldwide, inequality has become more acute, deepening the gap that marginalizes the poor from the benefits of progress and development, preventing them from enjoying the rights enshrined in the Charter of the United Nations.

“It is necessary to strengthen, renew, and uphold our global commitment to develop peaceful relations among peoples, and to find solutions that rule out the use of force to fix our problems,” he said.

He said that the theme of the General Debate regarding establishment of sustainable development goals converges with the post- 2015 development agenda and should help the UN contribute to solving urgent development challenges. “It is, thus, pressing to integrate the various efforts undertaken separately,” he said, stressing that the UN should have a single and comprehensive development agenda.

“Yet, in order to do so, we need to change the equation and put at the centre of our efforts the fight for equality. Let us not make growth an end in itself, but rather, let us turn it into a tool,” he said, emphasizing that Peru believes the correct formula is "include to grow."

These leaders are among of scores of officials to speak at the annual General Assembly session at which heads of State and Government and other high-level officials will present their views and comments on issues of individual national and international relevance.

♦ Receive daily updates directly in your inbox - Subscribe here to a topic.
♦ Download the UN News app for your iOS or Android devices.
development|inequality

Declaring that “leadership makes the difference,” United Nations Secretary-General Ban Ki-moon today urged heads of State and Government gathered in New York to “hear the call of history” and, through hard work, commitment and integrity, answer the just demands of their people for human dignity and sustainable development.