25 September 2013
Leaders from countries working together to promote a new model of engagement between fragile States and other international stakeholders addressed the United Nations General Assembly today, urging broader and more innovative cooperation mechanisms to ensure the achievement of peace, security and development goals.

Noting the troubling fact that many countries, particularly fragile and conflict-affected States, may not meet the 2015 deadline for the achievement of the Millennium Development Goals (MDGs), Taur Matan Ruak, President of Timor-Leste underscored the inextricable links between peace and development and the attendant necessity of creating inclusive and responsive institutions.

This was the message of the member States of the so-called g7+, which Timor-Leste currently chairs. Mr. Ruak said the 18-member voluntary coalition believed that the international community as a whole must draw lessons from this as it planned for the future.

Specifically on Timor-Leste, Mr. Ruak said that at the regional level, his country has established friendly relations with neighbouring countries in South-East Asia and the Pacific, in particular with Australia and Indonesia, “our closest neighbours, with whom we maintain intense cooperation.”

“The process of reconciliation between Timor-Leste and Indonesia, and the excellent relations that our two countries have developed represent a model containing lessons that are useful and relevant beyond our borders and outside our region,” he said. 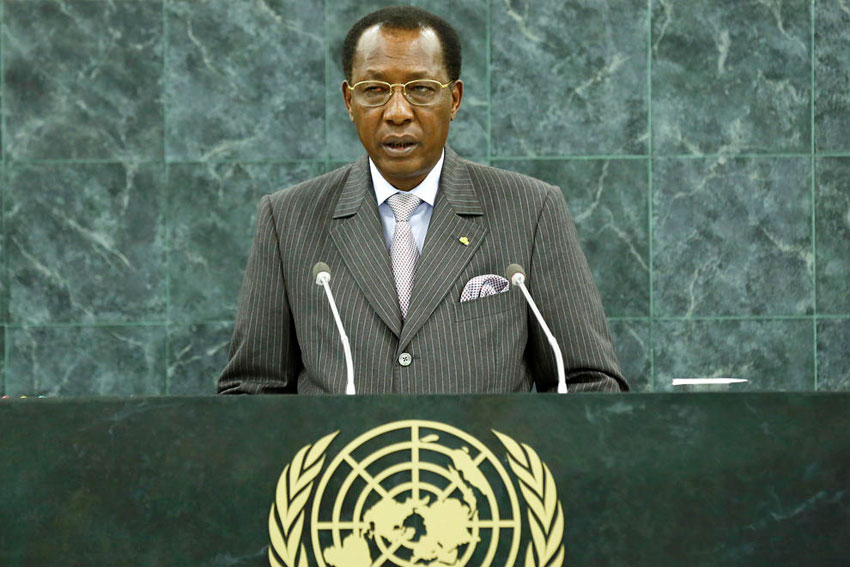 In his statement, Idriss Déby, President of Chad, also weighed in on the theme of the session – achieving the MDGs and identifying a coherent set of successor goals. He said the 2015 “will soon be upon us” and, sadly, it appears that a number of countries, particularly those that were fragile, will not meet the targets. That was largely due to lagging commitments in official development assistance (ODA) and other forms of assistance aimed at eradicating poverty.

As that was the case, he said the African countries planned to adopt its own strategic development plan to achieve the aims of the MDGs. He said that Africa is dealing with wars, terrorism and other ills. He said that his Government hoped to see long awaited reform of the United Nations, particularly the Security Council. Keeping African countries outside the Council seemed shocking in this day and age. Indeed, Africa’s indispensible contribution to preventing and ending conflict meant that the continent can no longer be sidelined.

Speaking later in the day, Ikililou Dhoinune, another member of the g7+, said that the United Nations had been set up to address the terrible scourges that were still plaguing the world today, terrorism, poverty and hunger among them. Yet, 68 years after the adoption of the UN Charter continued to exist under a state of domination by France, a permanent member of the UN Security Council. He citied many relevant resolutions reaffirming the independence of the Comoros and expressed frustration at the ongoing situation. 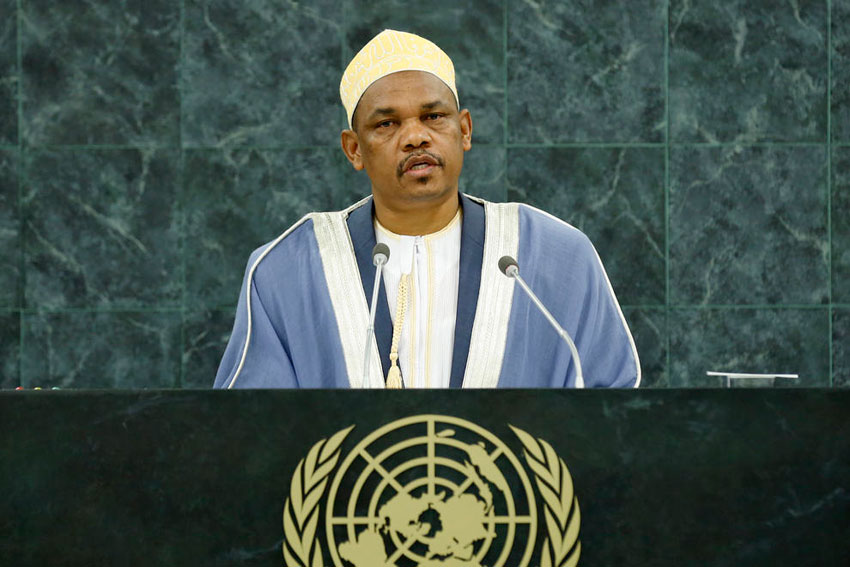 Ikililou Dhoinine, President of the Union of the Comoros. UN Photo/Eskinder Debebe

He said that since 6 July 1975 when the country had received its independence Comoros had continuously called simply for the application of international law. He said that when he had become President, he had sought to change the situation and had met with President Françoise Hollande on the matter and looked forward to those negotiations going forward.

He requested the Secretary-General to provide his backing to the bilateral path that Comoros and France were undertaking in dealing with Mayotte. During the negotiations, Comoros will call on other international organization to which it is affiliated to provide it with full support.

These leaders are among a number senior Government officials to speak at the annual General Assembly session at which heads of State and Government and other high-level officials will present their views and comments on issues of individual national and international relevance. 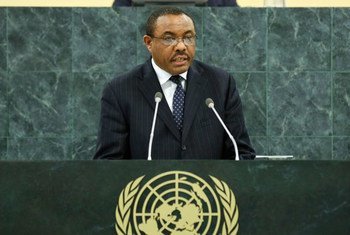 25 September 2013
African leaders today took to the podium of the United Nations General Assembly to stress the importance of international solidarity in setting a new long-term global development agenda that, if properly managed, could see the 21st century becoming an “African century.”