24 September 2013
Nuclear disarmament and non-proliferation can only be achieved together, the President of Austria told the United Nations General Assembly, calling also for the Arms Trade Treaty to enter into force as early as possible.

Nuclear disarmament and non-proliferation can only be achieved together, the President of Austria told the United Nations General Assembly, calling also for the Arms Trade Treaty to enter into force as early as possible.

“The continued reliance on nuclear weapons and the limited progress towards nuclear disarmament are of great global concern,” President Heinz Fischer told the Assembly’s high-level debate which started today at the UN Headquarters in New York and runs through 1 October.

“Nuclear weapons should be stigmatized, banned and eliminated,” Mr. Fischer urged, calling for nuclear weapons to be put at the centre of the international community’s attention.

In his speech, the President highlighted how multilateral cooperation can deliver solutions to global problems.

He called the Arms Trade Treaty (ATT) a “historic accomplishment” and said he looked forward to its earliest possible entry into force.

Turning to the Millennium Development Goals (MDGs) and the sustainable development agenda that will succeed them in the years after 2015, Mr. Fischer noted that Vienna has since 1 July hosted the Office of the Special Representative of the Sustainable Energy for All Initiative.

That initiative aims to achieve three inter-linked global targets by 2030: universal access to modern energy services; the doubling of energy efficiency; and the doubling of the share of renewable energy in the world’s energy mix.

Turning to the Human Rights Council, of which Austria is a member, Mr. Fischer said the country is leading initiatives for the safety of journalists, protection of religious minorities, and promotion of the rights of the child.

He also urged re-enforced diplomatic efforts towards universal abolition of the death penalty, noting that “too many countries still maintain a “retentionist policy towards this cruel and inhuman form of punishment.”

Noting the importance of the rule of law and last year’s meeting on that topic during the 67th General Assembly, Mr. Fisher announced that the Government is considering setting up an Austrian Rule of Law Trust Fund.

The Fund would support international actors in strengthening the rule of law and offer legal expertise or deploy legal experts free of charge to developing countries at their request.

“Austria strongly believes that only an international system based on the rule of law can lead to lasting peace, security, economic development and social progress,” Mr. Fisher said. 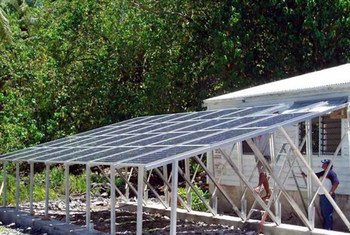 28 May 2013
Sustainable energy for all should be integrated into a new set of global targets for the period after the Millennium Development Goals (MDGs) expire in 2015 according to a United Nations-backed forum that started today in Austria.