The day-long meeting – formally called MDG Success: Accelerating Action and Partnering for Impact and convened by the Secretary-General – has so far generated some $2.5 billion in pledged funds towards boosting MDG achievement.

In his remarks at the opening of the event, Mr. Ban acknowledged that progress remains incomplete in reaching the eight Goals agreed by world leaders at a UN summit in 2000, which aim to slash extreme poverty and hunger, ensure access to universal health care and education, achieve gender equality, cut maternal and child mortality, secure environmental stability, reduce HIV/AIDS and forge a global partnership for development, all by the end of 2015.

But, he added: “This bold experiment has helped to catalyze one of the greatest surges in human well-being that the world has ever seen. Thirteen years later, I am pleased to report that success in many areas and many countries is within reach. Poverty has plummeted, health has begun to improve and literacy has soared. What first seemed fanciful and naïve to some has become achievable.”

Although many MDGs are yet to be met, Mr. Ban told the meeting, being held on the margins of this year’s General Assembly annual general debate, that success is within reach because people working together all over the world have proved that transformational change is possible in an accelerated timeframe.

He called on the participants, which apart from heads of State and prime ministers included World Bank Group President Jim Yong Kim, corporate chief executives, philanthropists and the heads of specialized UN agencies dedicated to development, education, food and health, to learn from both success and failure, to accelerate efforts in “the precious two years that remain,” and to focus, strategize, and mobilize.

“You will see progress driven by coalitions of actors that have come together across every imaginable barrier,” he said. “Together they – we – have produced real, massive and inspiring change.”

The United Kingdom announced $1.6 billion for the Global Fund to Fight AIDS, TB and Malaria Global Fund over the three-year period of 2014-2016 to deliver life-saving antiretroviral therapy for 750,000 people living with HIV, 32 million more insecticide-treated nets to prevent the transmission of malaria, and TB treatment for over a million more people.

Mr. Kim announced that the Bank Group projects at least $700 million in financing through the end of 2015 to help developing countries reach the MDGs on women’s and children’s health, with new funding coming from the International Development Association (IDA), the Bank Group’s fund for the poorest countries to enable a national scale-up of successful pilot reproductive, maternal, and child health projects.

Another major new commitment came from the IKEA Foundation, the Swedish furniture, home appliances and accessories giant with $80 million pledges over the next five years to fund UN Children’s Fund (UNICEF) programmes in India to improve child survival, education and protection.

Norway said it will contribute $75 million over three years to finance life-saving commodities and related delivery costs as part of a newly formed “Reproductive, Newborn, and Maternal Health Trust Fund.” And Energia, the international network on gender and sustainable energy, committed over $10 million to strengthen work on gender equality and women's empowerment in the energy sector, particularly for universal energy access

Leaders from Africa emphasized the strengths of non-traditional partners to harness fresh expertise and resources to a region requiring accelerated efforts to boost MDG achievement, but one that is also home to incredible potential.

Today’s meeting comes ahead of a General Assembly Special Event on Wednesday to consider what remains to be done to meet the 2015 MDG deadline. Both events pave the way for the UN, Governments, civil society, the private sector and citizens everywhere to forge a sustainable development agenda beyond 2015 that builds on the successes and lessons of the MDGs.

“The quantum leaps necessary for MDG success have come, and will come, from partnerships and coalitions among a broad range of stakeholders such as those here today,” Mr. Ban said.

“Multi-stakeholder partnerships are being increasingly recognized as development game-changers, fostering a race for results,” he added, stressing the prime role of innovations in science and technology.

Wrapping up the event, General Assembly President John Ashe stressed the importance of today’s sessions towards setting the stage for the post-2015 development agenda, which he has made a hallmark of his tenure.

“The transition towards a more sustainable world has been jump-started through the creation of new partnerships on energy access, renewable energy and efficiency worth billions of dollars, which are bringing benefits to the climate, environment and people’s health as well as to economic development and the empowerment of women,” he said.

“Let us now build on this momentum as we push toward the last mile of the MDGs and future efforts. If we are truly to achieve a world without poverty, we will need to be steadfast,” he added, noting that efforts will need to operate at a pace between four and five times that so far, to meet the challenges ahead.

“Each one of us, in every aspect of life has a choice: business as usual or sustainable development,” he declared. “Any forward looking investor, policymaker or citizen knows there is only one answer. We must act, we must partner, for sustainability.” 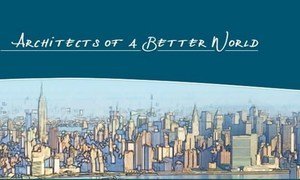 Warning that “we cannot accept a rising tide that floats only some boats and leaves many to drown,” Secretary-General Ban Ki-moon today called on business leaders to do even more in conjunction with the United Nations to promote sustainable development worldwide.