The current situation in Kosovo and the ongoing Belgrade-Pristina dialogue topped discussions today as Secretary-General Ban Ki-moon met with Hashim Thaçi, Representative of the Kosovo Authorities, and with Serbian President Tomislav Nikolic.

The current situation in Kosovo and the ongoing Belgrade-Pristina dialogue topped discussions today as Secretary-General Ban Ki-moon met with Hashim Thaçi, Representative of the Kosovo Authorities, and with Serbian President Tomislav Nikolic.

Speaking at the United Nations Headquarters in New York ahead of the high-level General Assembly debate, Mr. Ban stressed the importance of close cooperation with the UN Interim Administration Mission in Kosovo (UNMIK) and other international presences for the benefit of the “normalisation” and confidence-building between Kosovo and Serbia.

In a readout from his meeting with Mr. Thaçi, his spokesperson said that Mr. Ban commended Kosovo leadership for the historic progress achieved in the European Union-facilitated dialogue, in particular the landmark Agreement of 19 April 2013.

The Agreement was brokered in Brussels by the European Union High Representative for Foreign Affairs and Security Policy, Catherine Ashton, with whom Mr. Ban also met today.

Among its provisions is an agreement to hold local elections this year in municipalities of northern Kosovo with assistance from the Organization for Security and Co-operation in Europe (OSCE).

Mr. Ban said in light of the 3 November elections, he encouraged “further constructive engagement” between Pristina and Belgrade to ensure Kosovo Serb participation.

The ongoing Belgrade-Pristina dialogue and the upcoming polls were also the focus of Mr. Ban's meeting with President Nikolic. 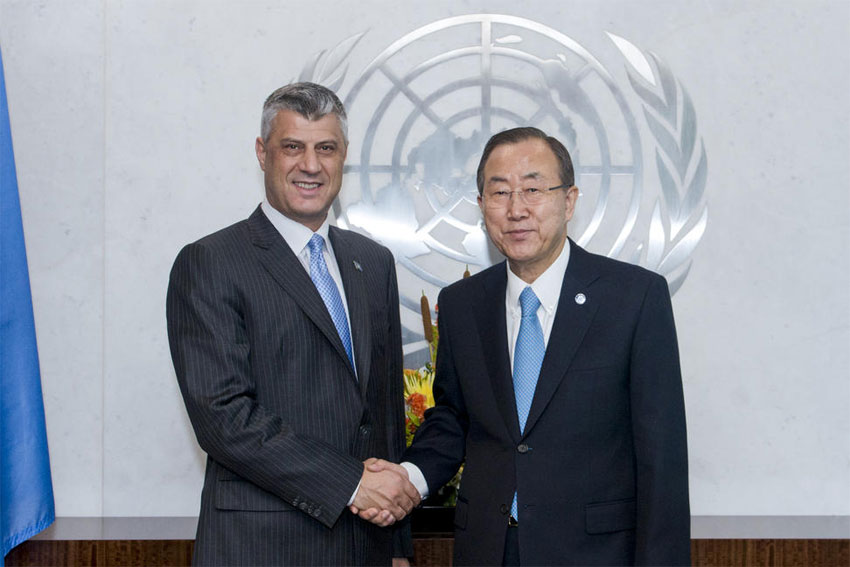 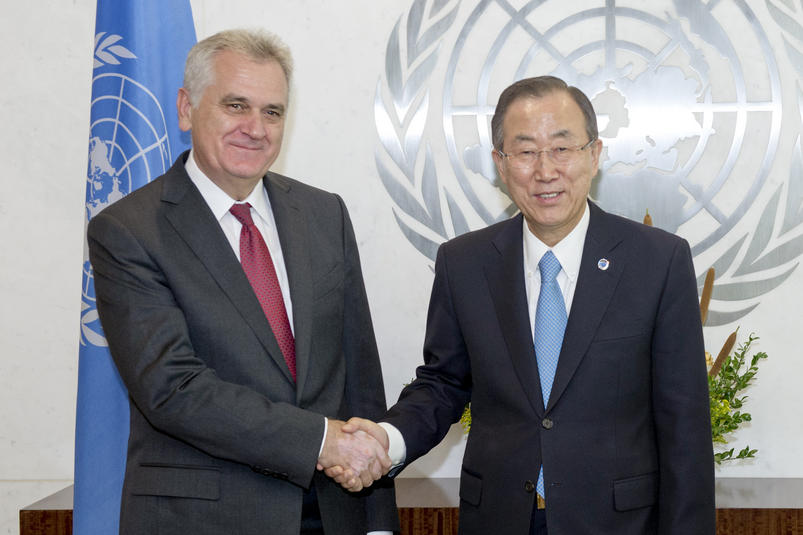 During those discussions, Mr. Ban commended Serbia for the steps it had taken in the context of the EU-facilitated dialogue and expressed “confidence that the agreements reached would improve the lives of all in Kosovo,” according to a UN spokesperson.

According to his spokesperson, Mr. Ban also expressed appreciation for Serbia's important contribution to UN peace operations and its continued cooperation with the International Criminal Tribunal for the former Yugoslavia (ICTY).

The ICTY, which marked the 20th anniversary of its work this summer, is tasked by the Security Council with trying those responsible for the worst war crimes and breaches of international humanitarian law committed during the various conflicts in the former Yugoslavia in the 1990s. Since its inception, the court has indicted 161 persons.

Investing in the sexual and reproductive health of women and girls will help accelerate the achievement of the Millennium Development Goals (MDGs) and the post-2015 sustainable development agenda, United Nations senior officials said on the final day of the Women Deliver Conference.