The United Nations today marked the International Day of Peace with a call to invest in education that encourages children to embrace global citizenship based on values of tolerance and diversity.

The United Nations today marked the International Day of Peace with a call to invest in education that encourages children to embrace global citizenship based on values of tolerance and diversity.

“Every girl and every boy deserves to receive a quality education and learn the values that will help them to grow up to be global citizens in tolerant communities that respect diversity,” Secretary-General Ban Ki-moon said before ringing the Peace Bell in New York, ahead of the official observance of the Day, which falls on Saturday 21 September.

A gift from Japan that hangs from a wooden beam in a garden in front of UN Headquarters, the Peace Bell has tolled every year in a solemn call for peace since 1981, when the General Assembly established the Day to coincide with the opening of its annual September. The theme of this year’s observance is: ‘Education for Peace.’

There are currently 57 million children that do not have access to education, and millions more that need better schooling. Mr. Ban recalled the words of Malala Yousafzai, the Pakistani schoolgirl and youth activist who was shot by the Taliban for attending classes, saying that “one teacher, one book, one pen, can change the world,” and called on Governments to increase investment on education.

“Educating the poorest and most marginalized children will require bold political leadership and increased financial commitment,” Mr. Ban said in his message for the Day. “Yet aid for education has dropped for the first time in a decade. We must reverse this decline, forge new partnerships, and bring much greater attention to the quality of education.”

Mr. Ban noted that UN agencies are working in conflict and post-conflict environments to give children access to education. “We are building schools, developing curricula, training teachers and providing nourishing breakfasts and school lunches. These initiatives can transform the lives of children and help address the root causes of conflict.” 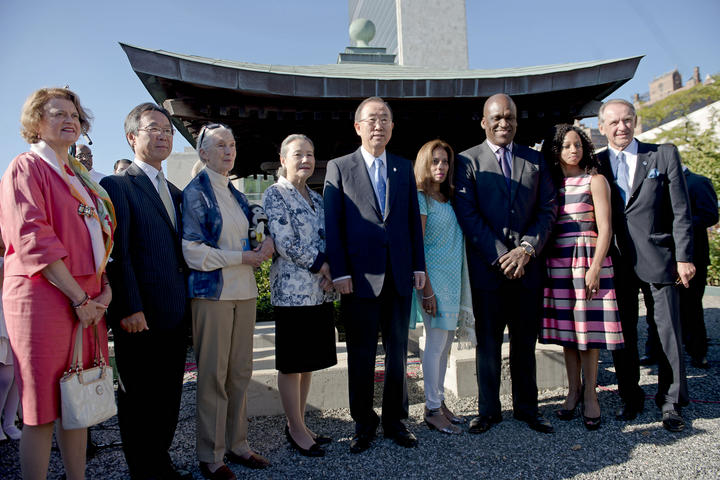 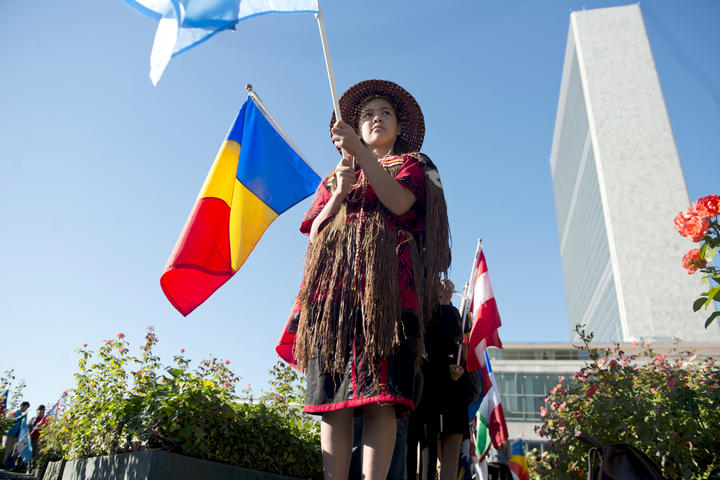 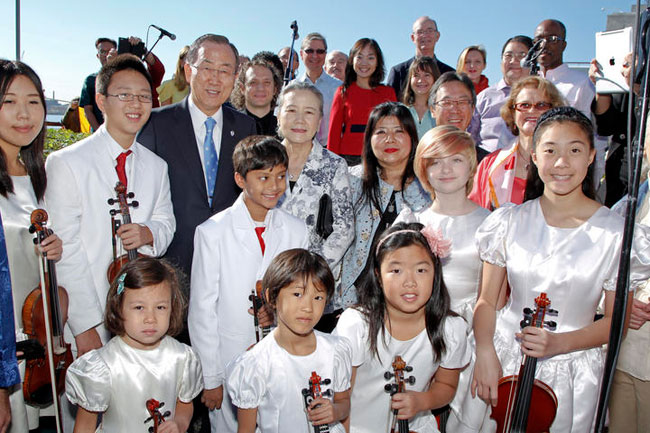 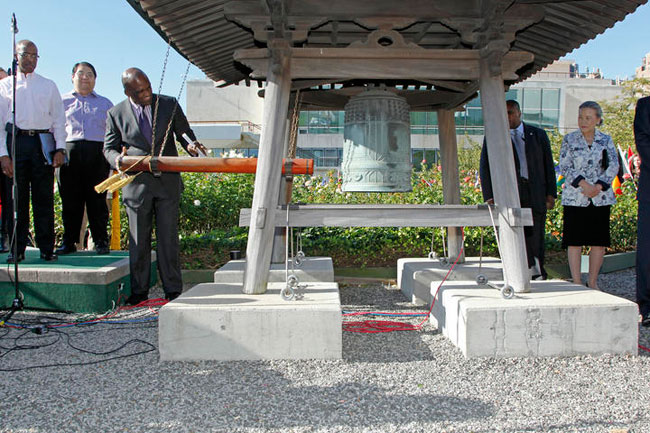 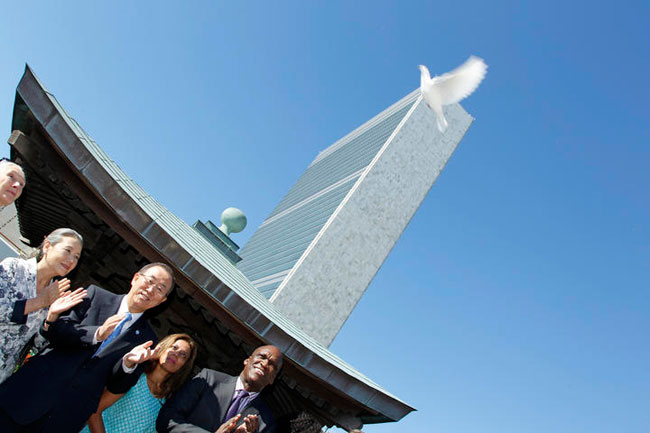 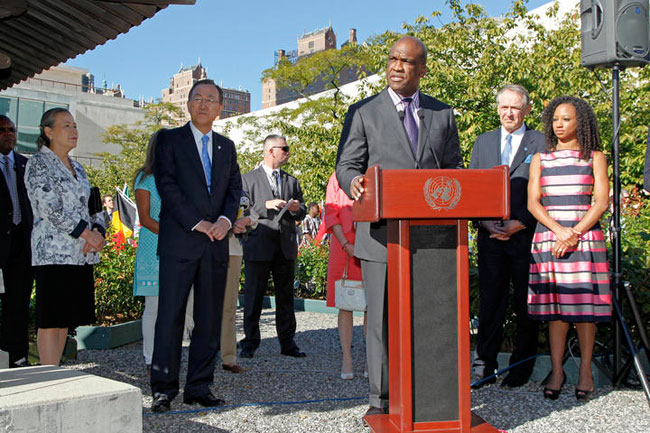 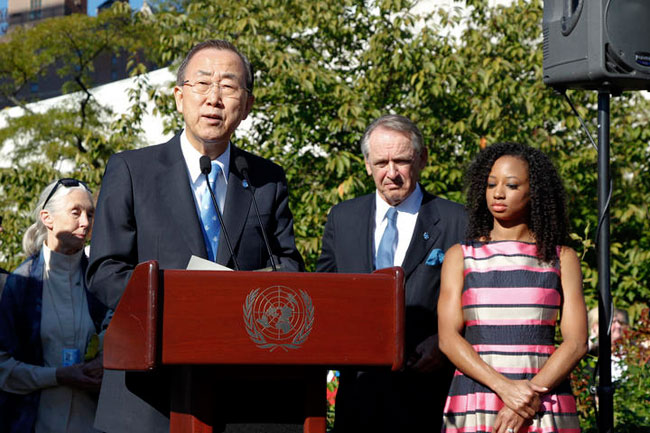 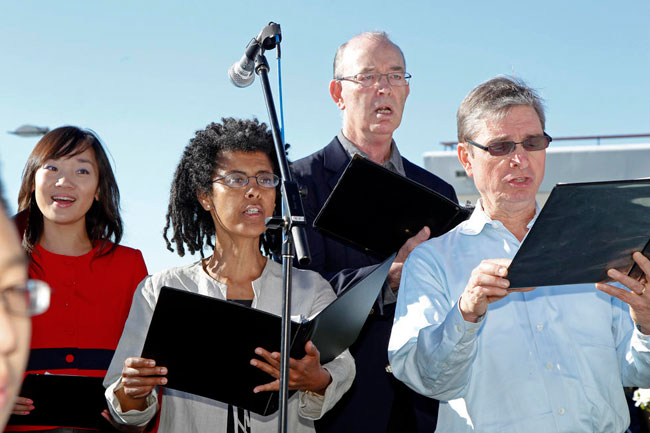 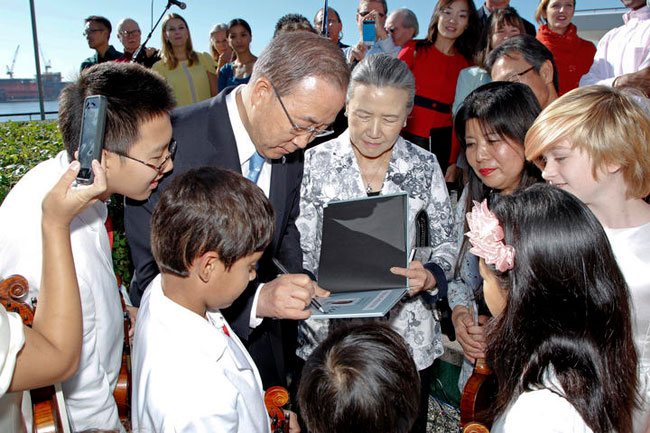 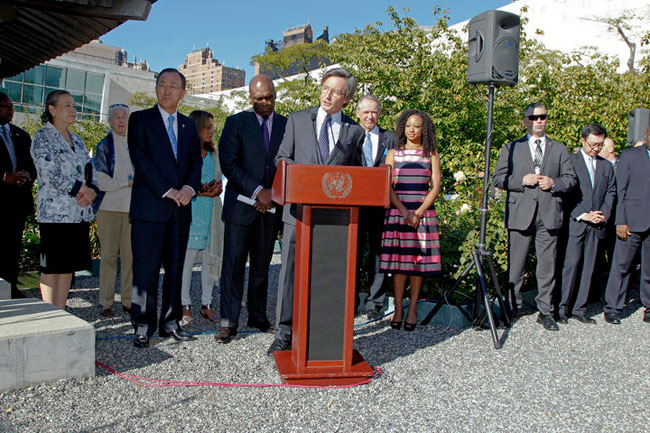 In his remarks this morning, Mr. Ban also stressed the need to find solutions to current conflicts and in particular the protracted crisis in Syria, which has resulted in more than 100,000 civilian deaths and the displacement of millions.

“The International Day of Peace is a time for reflection – a day when we reiterate our belief in non-violence and call for a global ceasefire,” he said. “Perhaps nowhere in the world is this more desperately needed than in Syria. The death and suffering has gone on too long. I repeat my call to all parties and their supporters to work for a peaceful resolution to the conflict through negotiation.”

Also speaking at the Peace Bell ceremony, the 68th General Assembly President John Ashe said the Day should be an opportunity for countries to reflect and stop hostilities.

“As we hear this bell ring, let us remember that education is a path to growth and development of citizens and societies. Education that teaches the value of peace is a key preventative means of reducing war and conflict,” he said.

To mark the Day, some 500 high school and university students, including refugees from around the world, will exchange views on this year’s theme via video conference with young parliamentarians at the UN Assistance Mission in Haiti. Mr. Ban’s Envoy on Youth, Ahmad Alhendawi and the Youth Representative on the Global Education First Initiative’s Steering Committee, Chernor Bah, will also take part in the celebrations.

♦ Receive daily updates directly in your inbox - Subscribe here to a topic.
♦ Download the UN News app for your iOS or Android devices.
education|peace

On International Day, UN spotlights literacy as foundation for a more sustainable future