IRIN/David Swanson
A scene at the Sukarno-Hatta International Airport in Jakarta. Thousands of women leave their homes in Indonesia to work as domestic workers each year.
5 September 2013

A United Nations treaty entering into force today will extend the labour and social rights of some 53 million domestic workers around the world.

From today, the Domestic Workers Convention will be legally binding for signatory countries. The treaty was adopted in 2011 by the International Labour Organization (ILO) and is the first of its kind.

“Today’s entry into force of Convention 189 sends a powerful signal to more than 50 million domestic workers worldwide,” said the Director of the ILO’s Working Conditions and Equality Department, Manuela Tomei.

“I hope that it will also send a signal to ILO Member States and that we soon see more and more countries committing to protect the rights of domestic workers.”

Domestic workers often face deplorable working conditions and are subject to labour exploitation and human rights abuses. Lack of legal protection increases their vulnerability and makes it difficult for them to seek remedies. As a result, they are often paid less than workers in comparable occupations and work longer hours.

Since the Convention’s adoption, several countries have passed new laws or regulations improving domestic workers’ labour and social rights, including Venezuela, Bahrain, the Philippines, Thailand, Spain and Singapore. Legislative reforms have also begun in Finland, Namibia, Chile and the United States, among others. Several others have initiated the process of ratification, including Costa Rica and Germany.

“All this shows that the momentum sparked by the ILO Convention on domestic workers is growing,” Ms. Tomei said. “The Convention and Recommendation have effectively started to play their role as catalysts for change. They now serve as a starting point for devising new polices in a growing number of countries – recognizing the dignity and value of domestic work.” 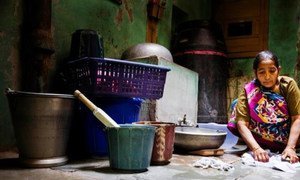 Millions of domestic workers around the world are not protected under general labour laws and are highly vulnerable to exploitation, says a United Nations report released today, which calls on countries to extend social protection to them.