16 August 2013
Countries have the opportunity to strengthen their mental health care systems in the aftermath of humanitarian emergencies, according to a new United Nations report released today.

“In spite of their tragic nature, emergency situations are opportunities to improve the lives of large numbers of people through improving mental health services,” said Assistant Director-General Bruce Aylward, who oversees the World Health Organization’s (WHO) work in humanitarian emergencies.

“We can do better for emergency-affected populations by working with the government on sustainable mental health care from the outset.”

The report, which is meant to help policymakers reform mental health care systems, stresses that the possibilities presented by emergency situations are significant because major gaps remain worldwide in the realization of comprehensive, community-based mental health care.

“The current situation is alarming,” said WHO’s Director for Mental Health, Shekhar Saxena. “Health systems have not yet adequately responded to the burden of mental disorders. We know that the vast majority of people with severe mental disorders receive no treatment whatsoever in low-income and middle-income countries.”

The report highlights cases in various countries. In Indonesia, where a tsunami hit the Aceh region in 2004, the Government transitions from an institution-based mental care to one where most districts have primary mental health services supported by secondary care at district general hospitals.

The 2004 tsunami also prompted a change in the Sri Lankan mental health policy, with reforms supporting the deployment of community-based mental health workers to most parts of the country.

In Iraq, significant progress has been made toward the creation of a comprehensive mental health system since 2004, with more than 50 per cent of general practitioners having received mental health training.

In Kosovo, starting from a hospital-based model of care in 1999 after the conflict, a system of community-based mental health care is now available.

The report, which was released ahead of World Humanitarian Day on Monday, notes that as humanitarian emergencies unfold in 2013 in countries such as Mali, Syria and the Central African Republic, among others, governments should seek to transform mental health care systems to improve the well-being, functioning, and resilience of individuals and societies. 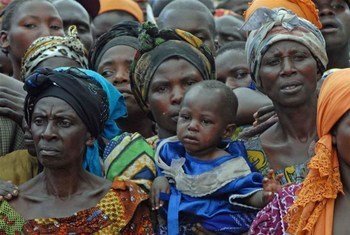