More than 200 indigenous and non-indigenous canoe paddlers arrived in Manhattan today, after having travelled for almost two weeks down the Hudson River from upstate New York, to take part in an event at the United Nations to mark the International Day of the World’s Indigenous Peoples.

This year’s International Day aims to highlight the importance of honouring agreements between States, their citizens and indigenous peoples, emphasizing the principles of friendship, cooperation and peace.

The paddlers started their journey on 28 July, near Albany, New York, to travel 140 miles down the Hudson River to New York City, side-by-side in two lines, in honour of the first treaty concluded in 1613 between Dutch immigrants and the Haudenosaunee (a confederacy of six nations, with its seat in the Onondaga nation in New York state).

The treaty, called the Two Row Wampum, emphasized the principles of friendship, cooperation and peace, and formed the basis for all subsequent indigenous peoples’ treaties with the English and the United States.

“Our ancestors made this great agreement on our behalf 400 years ago,” noted Hickory Edwards, the lead paddler for the Onondaga Nation. “Now is the time for us to think about the people living in the next 400 years.”

After arriving in Manhattan, the rowers made their way over to UN Headquarters to attend an event featuring, among others, Secretary-General Ban Ki-moon, Assistant Secretary-General Shamshad Akhtar, and Paul Kanyinke Sena, Chair of the UN Permanent Forum on Indigenous Issues.

“More than 200-strong, you have travelled thousands of miles to honour the 1613 Two Row Wampum treaty,” Mr. Ban told the rowers, adding that such consensual agreements enable better understanding of the views and values of indigenous peoples. 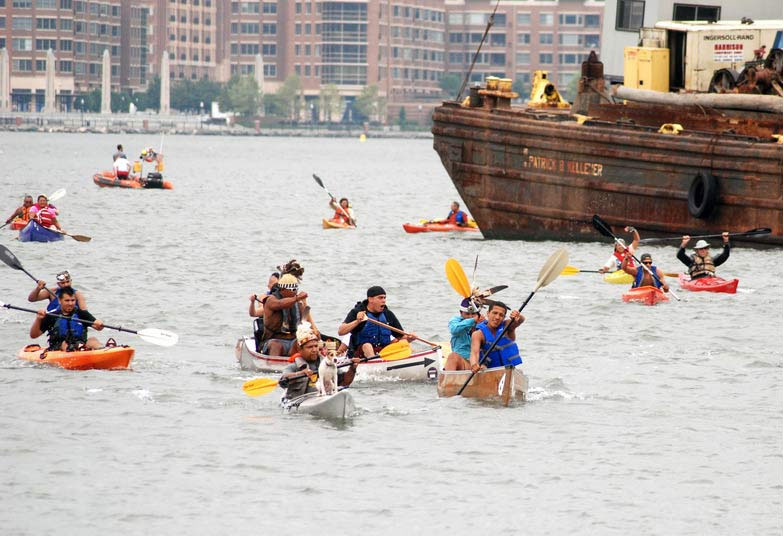 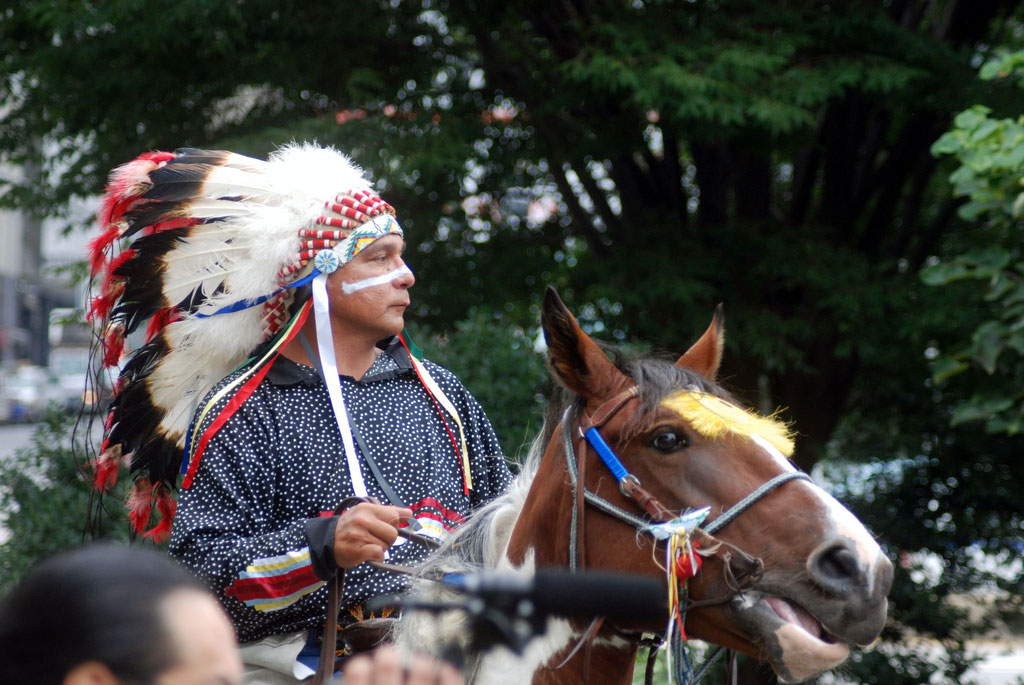 The rowers also travelled on horseback to reach New York, in honour of the first treaty concluded in 1613 between Dutch immigrants and the Haudenosaunee. (UN Department of Public Information/Julie Snell-James) 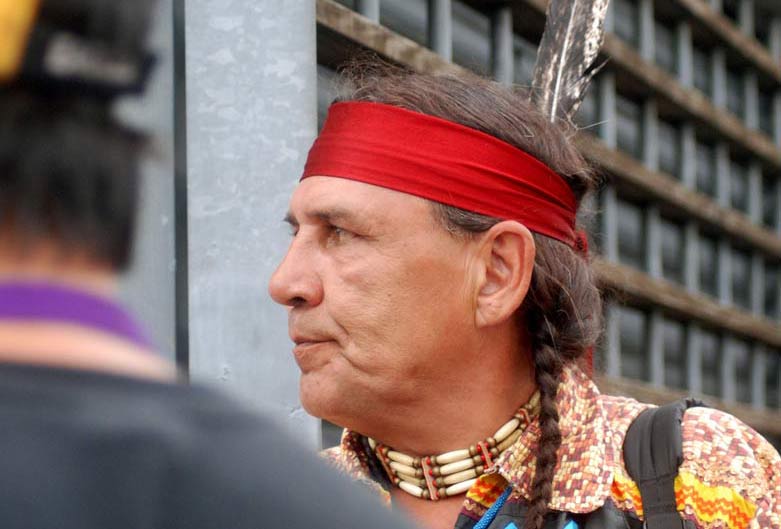 The treaty, called the Two Row Wampum, emphasized the principles of friendship, cooperation and peace, and formed the basis for all subsequent indigenous peoples’ treaties with the English and the United States. (UN Department of Public Information/Julie Snell-James)

“They are essential for protecting and promoting rights and establishing the political vision and necessary frameworks for different cultures to coexist in harmony,” he stated.

“The Two Row is the oldest and is the grandfather of all subsequent treaties,” said Chief Oren Lyons from the Onondaga Nation, who has represented the Haudenosaunee at the UN and elsewhere and participated in today’s event. “It set a relationship of equity and peace. This campaign is to remind people of the importance of the agreements.”

There are an estimated 370 million indigenous people in some 90 countries around the world. Practicing unique traditions, they retain social, cultural, economic and political characteristics that are distinct from those of the dominant societies in which they live.

In 2007, the UN General Assembly adopted the Declaration on the Rights of Indigenous Peoples, which recognizes their right to self-determination and their right to freely pursue their economic, social and cultural development.

The Declaration also affirms the need to respect and promote the rights of indigenous peoples affirmed in treaties, agreements and other constructive arrangements with States.

“It is up to all of us to make sure that such arrangements are honoured,” said Mr. Sena. “This is what our brothers and sisters of the Haudenosaunee peoples are doing by paddling for miles along the Hudson River.

“This is a message of peace and unity among all peoples,” he added.