United Nations assessment teams in north-eastern Democratic People’s Republic of Korea (DPRK) have reached some of the areas most badly affected by two weeks of heavy seasonal rain and could report on the flood damage as early as today.

The UN in DPRK today said that provinces of North and South Pyongyang are “particularly severely affected.”

The Government has reported, in its initial assessment, that there has been extensive damage to buildings and infrastructure with 45,948 people made homeless across the country, mostly in the two provinces.

Anju City in South Pyongyang province is 80 per cent flooded after the Chongchon River caused embankments to break in the early hours of 21 July, the UN said citing Red Cross (IFRC) reports.

There are conflicting reports about the number of casualties, ranging between 8 and 24 deaths and 14 people missing, the Organization said in a note on its website.

It added that farmland has been inundated with some 10,000 hectares affected with around 1,000 hectares of crops destroyed.

In August last year, the Khanun cyclone caused flash flooding in several provinces in the country, killing more than 100 people and displacing thousands, the UN Office for the Coordination of Humanitarian Affairs (OCHA) reported. 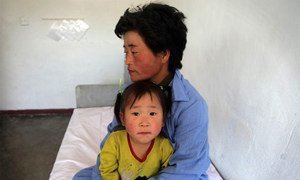 Five United Nations agencies have issued an urgent appeal for $29.4 million to meet the most critical health and nutrition needs of the people of the Democratic People’s Republic of Korea (DPRK) for the rest of this year.