10 July 2013
One in three people is now covered by at least one life-saving measure to limit tobacco use, according to a United Nations report which highlights the progress over the past five years of reducing potential smokers through advertising bans and awareness campaigns.

One in three people is now covered by at least one life-saving measure to limit tobacco use, according to a United Nations report which highlights the progress over the past five years of reducing potential smokers through advertising bans and awareness campaigns.

In addition, the report shows that 3 billion people, most of which live in low and middle-income countries, are now covered by national anti-tobacco campaigns, most of them.

However, the report, which was produced by the World Health Organization (WHO), notes that to achieve the globally agreed target of a 30 per cent reduction of tobacco use by 2025, more countries have to implement comprehensive tobacco control programmes.

“If we do not close ranks and ban tobacco advertising, promotion and sponsorship, adolescents and young adults will continue to be lured into tobacco consumption by an ever-more aggressive tobacco industry,” said WHO Director-General Margaret Chan. “Every country has the responsibility to protect its population from tobacco-related illness, disability and death.”

“We know that only complete bans on tobacco advertising, promotion and sponsorship are effective,” said Douglas Bettcher, the Director of WHO's Prevention of Noncommunicable Diseases department. “Countries that introduced complete bans together with other tobacco control measures have been able to cut tobacco use significantly within only a few years.”

The report also notes that more than half a billion people in nine countries now have access to appropriate services to help them quit smoking, 20 countries have put strong warning label requirements in place, and 32 countries passed complete smoking bans covering all work places, public places and public transportation. This last measure, WHO says, has proved to have the highest level of achievement, keeping hundreds of millions of people smoke-free.

In 2008, WHO identified six evidence-based tobacco control measures that are the most effective in reducing tobacco use. These measures consist of: monitoring tobacco use and prevention policies, protecting people from tobacco smoke, offering help to quit tobacco use, warning people about the dangers of tobacco, enforcing bans on tobacco advertising, promotion and sponsorship, and raising taxes on tobacco. 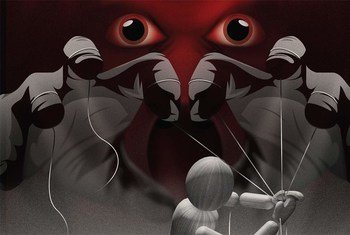 31 May 2013
The United Nations today urged Governments to ban all forms of tobacco advertising, promotion and sponsorship to help curb the global health threat which kills some 6 million people a year.