Five Latin American nations voiced their concerns to Secretary-General Ban Ki-moon today about the recent incident in which the aircraft carrying Bolivian President Evo Morales was not allowed by several European nations to fly over their airspace on suspicion that United States whistleblower Edward Snowden was on board.

During the meeting between Mr. Ban and the ambassadors of Bolivia, Cuba, Ecuador, Nicaragua and Venezuela, which took place at UN Headquarters in New York, the Secretary-General said he understood the concerns which have been expressed about this unfortunate incident.

He added that he was relieved it did not lead to consequences for the safety of Mr. Morales and his entourage, according to a readout issued by Mr. Ban's spokesperson.

The Secretary-General also said it was important to prevent such incidents from occurring in the future. A Head of State and his or her aircraft enjoy immunity and inviolability, he noted.

On 2 July, the plane carrying Mr. Morales home from a summit in Russia was rerouted to Austria after several countries refused to allow it to fly over their airspace because of suspicions that Mr. Snowden – who is believed to be in the Moscow airport – was on board.

A former US National Security Agency contractor who acknowledged giving journalists secret documents, Mr. Snowden has reportedly requested asylum from over a dozen countries, including Bolivia.

Mr. Ban expressed the hope in today's meeting that all of the concerned Governments will discuss the concerns amicably and in good faith, with full respect for all legitimate interests involved, and with a view to maintaining friendly relations among nations, said his spokesperson. 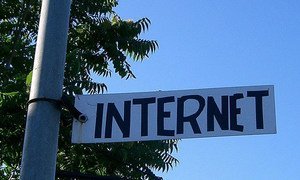 The largest international Internet governance meeting ever wrapped at the United Nations office in Nairobi, Kenya, today with 2,000 experts discussing security, openness and privacy as inextricably interconnected issues that cannot be dealt with separately.