“We must empower individuals. We must protect their freedom, ability and right to make informed decisions. This will enable people to fulfil their potential. And that will advance whole societies.”

This year marks the 30th anniversary of the award, which was presented to the International Islamic Centre for Population Studies and Research – an academic institution associated with Al-Azhar University in Egypt – and Jotham Musinguzi, a public health advocate from Uganda.

“Today we honour people and groups who are saving lives and supporting progress in public health,” Mr. Ban said, as he applauded the winners.

Dr. Musinguzi has been a strong advocate for reproductive health throughout his distinguished career. Among other accomplishments, he played a major role in drafting the Programme of Action of the International Conference on Population and Development (ICPD) in Cairo in 1994, and was actively involved in negotiations on the anti-poverty targets known as the Millennium Development Goals (MDGs).

Mr. Ban also paid tribute to the International Islamic Centre for Population Studies and Research, which he noted is well regarded among Muslim communities as a reliable and credible source of information. The Centre, which integrates population research, family planning and bioethics, works in all parts of the Islamic world, and in Muslim communities in non-Muslim countries.

“I particularly applaud the Centre's work to eradicate the deplorable practice of female genital mutilation or cutting,” said Mr. Ban. “I also commend its essential work to dispel misconceptions about Islam through seminars, summits and workshops.”

“I hope both laureates accept this award as a symbol of our collective commitment to building a world where every pregnancy is wanted, every birth is safe and every young person's potential is fulfilled.”

The recipients were chosen by the Population Award Committee, a body administered by the UN Population Fund (UNFPA). 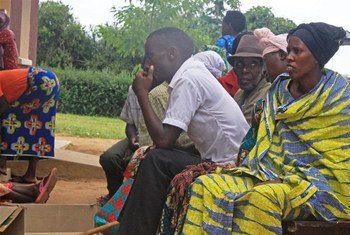 2 May 2013
An academic institution associated with the Al-Azhar University in Egypt and a public health advocate from Uganda are this year’s recipients of the annual United Nations Population Award, the UN agency dealing with global population issues has announced.