Taking the floor immediately after his election, Mr. Ashe, who is Antigua and Barbuda’s Permanent Representative to the United Nations in New York, said that in 18 months, the world body would launch an agenda for sustainable development for all, which “may very well be the boldest and most ambitious project that the United Nations has ever had to accomplish.”

“In order to succeed, the General Assembly needs to be equally bold, ambitious and collaborative if we are to rise to the task we are about to undertake and ensure its completion,” he said, adding “failure is not an option. Let us show the world…we can be bold and decisive in our actions.”

While it was important to draw on past experiences, lessons learnt from the implementation of the Millennium Development Goals (MDGs), he said that it would also be important to reflect on new and emerging development challenges, with attention to two main goals: overcoming poverty and ensuring sustainable development.

New and revised partnerships are paramount in integrating economic, social and environmental dimensions of sustainability, the President elect-said. “The post-2015 development agenda must represent the evolution in the thinking of the international community,” he said, adding: “To say it more clearly, development in general and sustainable development in particular is the work of the General Assembly…it is our reason for being”.

Looking forward to bringing to fruition many outcomes of the UN Conference on Sustainable Development (Rio+20), he said the theme he has chosen for the 68th session will be the Post-2015 Development Agenda: Setting the Stage. “Let’s forge ahead with dogged determination,” he declared.

Offering his congratulations to Mr. Ashe, Secretary-General Ban Ki-moon paid tribute to his “impressive experience”, which included co-Chairmanship of the Bureau for the Preparatory Process of the Rio+20 Conference, Chairmanship of the Fifth Committee (Administrative and Budgetary) and Group of 77 and service on the governing bodies of major United Nations environmental agreements.

“[Mr. Ashe] shares my passion for sustainable development – and my concern about the problem of climate change,” Mr. Ban said, adding that he has demonstrated his commitment to this issue through his work on the governing bodies of major UN environmental agreements.

“He is known as the go-to person when discussions break down. This happened in 2002 when he led negotiations on contentious issues at the World Summit for Social Development… and more recently when he co-chaired Rio+20 negotiations.”

Mr. Ban also thanked the outgoing President, Vuk Jeremic, for presiding over “such a dynamic and constructive session,” and said he looked forward to working with Mr. Ashe to realize “our common goals.”

For his part, Mr. Ashe said he was honoured to assume his new position and called on Member States to work together to make the 68th session a productive one.

Made up of all the 193 Member States of the United Nations, the General Assembly provides a forum for multilateral discussion of the full spectrum of international issues covered by the UN Charter. It meets in regular session intensively from September to December each year, and thereafter as required. 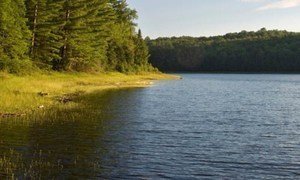 With dire warnings likely to match or exceed the worst fears about the effects of global warming, environment and development experts gathered today at United Nations Headquarters to debate the twin challenge of curbing climate change while sustaining economic growth.