Secretary-General ban Ki-moon today appealed to philanthropists to “make a smart investment in the world’s future” by joining the United Nations in accelerating the fight against five of the most deadly infectious diseases which kill millions of people every year.

“Today we have the power and the knowledge to wipe out deaths from five of the world’s biggest health threats: malaria, polio, tetanus, measles and HIV infections in newborns,” Mr. Ban told the Second Annual Forbes 400 Summit, which took place at UN Headquarters in New York.

“We can do this not just in our lifetimes, but in just five years,” he declared.

While there has been progress on many of these diseases, most notably polio, malaria and HIV infections, Mr. Ban stressed that increased engagement from the private sector and the philanthropic community is needed to keep the world on track to a prosperous path.

“Supporting these challenges is a smart investment in the world’s future well-being,” Mr. Ban said, noting how every dollar spent in fighting malaria in Africa generates $40 in gross domestic product, strengthening national economies.

Malaria deaths have been reduced by 40 per cent over the past seven years. Significant progress has also been made in combating polio, with India being declared polio-free over a year ago, leaving only Afghanistan, Nigeria and Pakistan as endemic countries. New HIV infections have been cut by one quarter over a two-year period.

Tetanus and measles do not get as much international attention, Mr. Ban noted, adding that they too have the same potential for significant results.

Bill and Melinda Gates have shown inspiring leadership on polio. India was declared polio-free more than a year ago. Now the disease is endemic only in Afghanistan, Nigeria and Pakistan. All three governments are cooperating with us to end polio forever.

We also want to stop mother-to-child transmission of HIV. In a recent two-year period we cut one quarter of all new infections. An AIDS-free generation is within reach.

Two of the five diseases, however, are orphaned. Tetanus and measles get less international attention but have the same great potential for results.

“Tetanus is often contracted by mothers and babies during unhygienic deliveries. The fatality rate can be 100 per cent. But a vaccine and other simple measures can eliminate the threat,” Mr. Ban said. “Measles deaths have been cut by more than 70 per cent since 2000. But this disease is still a leading killer of children.

“I ask all of you here to help us finish the job. Five diseases. Five years. We can do it.”

Mr. Ban also drew attention to the elimination of cholera in Haiti, where the disease has claimed the lives of more than 7,750 people and infected over 620,000 since the outbreak in 2010.

“The United Nations is striving to do everything it can to eliminate cholera from Haiti. But to support the Government, we need to fill a severe funding gap,” Mr. Ban said.

In the long-term, the country’s health system needs to be strengthened and clean drinking water and sanitation must be available to all citizens. However, Mr. Ban noted that in the oral cholera vaccine is a need that needs to be addressed immediately.

“What Haiti needs is a partner ready to provide $1 million a year for the next three to five years to underwrite free vaccines for the poor and vulnerable people who need them most,” he said. “The United Nations will do its part to raise resources and strengthen the cholera response, but we also need partners who can make a difference for the people of Haiti.”

Mr. Ban underlined the UN’s support to translate philanthropic initiatives to the ground and establish partnerships to “save millions of lives and set the world on course for a better future.” 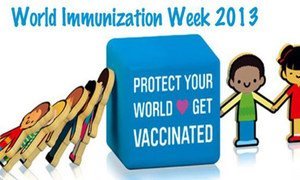