The United Nations human rights office today said that Papua New Guinea had taken “a step backwards” with legislative action towards resuming the use of the death penalty.

The country has maintained a long-standing de facto moratorium since 1954 which was subsequently passed into law in 1970. However, amendments to the Criminal Code passed by Parliament earlier this week provide for five methods of execution and extend the application of the death penalty to three additional crimes: sorcery-related killings, aggravated rape and robbery with violence.

“Given the global trend toward abolition of the death penalty, the latest move by the Government marks a significant step backwards,” Rupert Colville, spokesperson for the Office of the High Commissioner for Human Rights (OHCHR), told reporters in Geneva.

“We strongly urge the Government not to proceed with any executions under the new law without first undertaking inclusive and meaningful consultations on the whole issue of the death penalty,” he stated.

“We also categorically reject calls by some political leaders in Papua New Guinea for the introduction of other cruel and inhuman punishments such as castration or amputation.”

Mr. Colville said the use of capital punishment has never been proved to be a more effective deterrent than other forms of punishment.

“While recognizing the Government’s commitment to achieving a safer and more secure society, we urge it to consider other alternatives in line with international human rights standards,” he stated, adding that such efforts must address the root causes of the “rampant” violence and corruption reported in the country, including through the creation of awareness.

The UN General Assembly has adopted four resolutions calling on States to establish a moratorium on the use of the death penalty with a view to abolition. Today about 150 of the UN’s 193 Member States have either abolished the death penalty or no longer practice it.

“We strongly urge the Government of Papua New Guinea once more to maintain its moratorium and subsequently join the growing number of Member States that have abolished the practice altogether, including 11 States in the Pacific,” stated Mr. Colville. 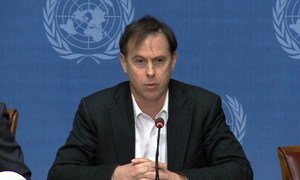 The United Nations human rights office today expressed serious concern over Papua New Guinea’s announcement that it will resume the death penalty more than half a century since it last carried out an execution, stressing this would represent “a major setback” for the country.