The United Nations human rights chief today urged the international community to stop the escalating bloodshed and suffering in Syria, stressing it has become “an intolerable affront to the human conscience.”

Addressing the 23rd session of the Human Rights Council in Geneva, UN High Commissioner for Human Rights Navi Pillay emphasized that countries cannot continue to ignore the plea of civilians who are in dire need of protection and assistance.

“A humanitarian, political and social disaster is already upon us, and what looms is truly a nightmare,” she said. “Civilians bear the brunt of this crisis in which human rights violations have reached horrific dimensions. Confronted with the flagrant disregard of international law and human life on every side, I feel utter dismay.”

Since March 2011, fighting between the Syrian Government and opposition forces seeking to oust Mr. Al-Assad has killed more than 70,000 people, and left 6.8 million people in need. In addition, the UN estimates that some 1.5 million Syrians have fled their country to escape conflict.

Ms. Pillay noted that the team dispatched by her Office in March to monitor the situation in Syria and in neighbouring countries has received information suggesting the Syrian Government continues to us indiscriminate force in residential areas, and that anti-Government forces are also committing human rights violations.

“I am extremely concerned at current reports suggesting that hundreds of civilians have been killed or injured, and thousands may remain trapped, by indiscriminate shelling and aerial attacks by Government forces in Al Qusayr. Safe passage must be given to any civilians wishing to leave,” she said.

“Wanton human rights violations are also being committed by anti-Government groups. Accounts gathered by our monitoring team suggest that armed groups have apparently used civilians as human shields, and that abductions are increasing. The accounts include allegations that certain opposition groups have forced young women and minor girls to marry combatants. And we continue to receive reports of anti-Government groups committing gruesome crimes such as torture and extrajudicial executions.”

“We must make it clear to both the Government and the armed opposition groups that there will be consequences for those responsible. And the world must take action to end this terrible conflict,” she said.

“One out of three people in Syria today needs international aid. Yet the international community seems unable to make a strong commitment to resolving the crisis. I urge States to make every effort to forge an end to this humanitarian disaster, for it sometimes seems that we can do little more than cry out in the darkness and try to count the dead,” she added. 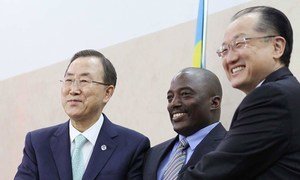