UN Photo/Jean-Marc Ferré
Head of the Working Group on the issue of discrimination against women in law and pratice Kamala Chandrakirna.
24 May 2013

As the world’s top performer on gender equality, Iceland needs to sustain its achievements and bridge remaining gaps on employment and gender based violence, a group of independent United Nations experts today urged as the country’s newly formed Government took office.

“There is no room for complacency regarding the gains achieved by Iceland, as equality guarantees in the law are still far from being fully implemented on the ground,” said Kamala Chandrakirana, who currently heads the UN Working Group on discrimination against women in law and in practice.

The country was designated number one in the world for gender equality by the World Economic Forum during the years it was dealing with the worst economic crisis in its history.

The UN experts praised the Government for integrating gender equality throughout its policy making, but noted that “persistent gaps” remain on employment and gender based violence, “In both these areas, implementation of laws is lacking and women do not have sufficient trust in the system to seek redress for violations of their rights.”

Despite the fact that an act on equal pay for equal work has been in force since 1961, the gender pay gap still persists, noted human rights expert Frances Raday, the other member of the Group’s eight-day delegation visiting Iceland.

Regarding the issue of Gender-based violence, the experts highlighted that there is no specific and separate provision targeting domestic violence in the Penal Code.

In addition, the Working Group noted that disparities between the number of prosecutions and convictions related to the UN Committee on the Elimination of Discrimination against Women have not been addressed sufficiently.

The Working Group also encouraged the Icelandic authorities to pass an anti-discrimination bill and to provide adequate support for organizations which enable persons of foreign origin, particularly women, to participate fully in economic, social, public and political life.

During its eight-day mission, the Group’s delegation met with Government officials at national and local levels, representatives of civil society organisations, as well as experts and academics and other stakeholders in Reykjavík, Akureyri and Dalvík.

Special rapporteurs are appointed by the Human Rights Council to examine and report back on a country situation or a specific human rights theme. The positions are honorary and the experts are not UN staff, nor are they paid for their work. Their report will be presented to the UN Human Rights Council in June of next year.

♦ Receive daily updates directly in your inbox - Subscribe here to a topic.
♦ Download the UN News app for your iOS or Android devices.
iceland 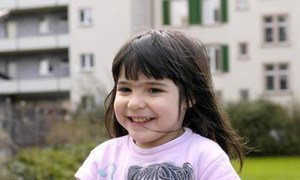 The Netherlands, along with four Nordic countries – Finland, Iceland, Norway and Sweden – top a United Nations list released today, which ranks children’s well-being in 29 industrialized countries, while Greece, Italy, Portugal and Spain are at the bottom.