UNESCO/Sinisa Sesum
Old Bridge of Mostar in Bosnia and Herzegovina.

“Culture and education seem to have been held hostage to political debates,” Farida Shaheed, the UN Special Rapporteur in the field of cultural rights, said as she wrapped up her first mission to the country.

“This has an immense detrimental effect on the artistic, cultural, scientific and academic life in the country, and on the right of all people, without discrimination, to enjoy their cultural rights and to access their cultural heritage,” she stated in a news release.

Ms. Shaheed said one telling example is the current uncertainty surrounding the fate of seven crucial cultural institutions in Bosnia and Herzegovina, including the National Museum which closed its doors last year.

“I am concerned by the extent to which political bodies have expanded their influence over cultural institutions, whose independence should be guaranteed in law as well as in practice,” she said, noting that there was frustration across the board during her visit that efforts are being blocked at the level of senior decision-makers and politicians.

The Special Rapporteur stressed that one worrying trend lies in “over-emphasizing cultural differences, including linguistic differences, to justify practices amounting to segregation of people based on their ethno-national affiliation, in particular in the field of education.”

The population of Bosnia and Herzegovina is predominantly divided among three constituent peoples, or ethnic groups – Bosniaks, Serbs and Croats.

She urged all levels of Government to maximize the opportunities for people to engage in culture, sports, science and arts, and to have access to “neutral spaces where politics and ethno-national affiliations do not interfere.”

“A dynamic, pluralistic and inclusive culture is central to reconciliation and it is most certainly the way forward, in terms of both peace and economic development for Bosnia and Herzegovina,” said the expert.

During the 12-day mission that concluded today, Ms. Shaheed met with a wide range of actors Sarajevo, Mostar, Jajce, Banja Luka, Brèko and Srebrenica, and visited a number of monuments, memorials and museums.

Independent experts, or special rapporteurs, are appointed by the UN Human Rights Council to examine and report back on a country situation or a specific human rights theme. They work in an unpaid capacity. Ms. Shaheed will present her report at a forthcoming session of the Council in Geneva. 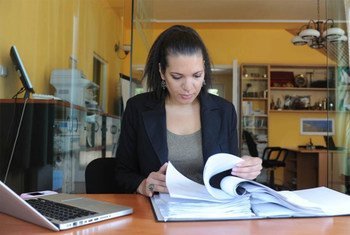