22 May 2013
Unless greater efforts are made to reverse current trends, the world will run out of freshwater, the United Nations said today marking the International Day for Biological Diversity and urging stronger scientific alliances to understand and protect natural resources.

“We live in an increasingly water insecure world where demand often outstrips supply and where water quality often fails to meet minimum standards. Under current trends, future demands for water will not be met,” Mr. Ban said in his message for the Day.

“Although seemingly abundant, only a tiny amount of the water on our planet is easily available as freshwater,” he added.

Water scarcity affects almost every continent and more than 40 per cent of the people on our planet, the UN Food and Agricultural Organization (FAO) said. With current trends, 1.8 billion people will be living in countries or regions with absolute water scarcity by 2025, and two-thirds of the world’s population could be living under water stressed conditions.

“Biodiversity and the ecosystem services it provides are central to achieving the vision of a water secure world,” Mr. Ban said, noting the mutually supporting roles of forests, wetlands and soil biodiversity.

“Integrating nature-based solutions into urban planning can also help us build better water futures for cities, where water stresses may be especially acute given the rapid pace of urbanization,” he added.

This year’s theme for the Day is ‘Water and Biodiversity’, which coincides with the UN designation of 2013 as International Year of Water Cooperation. The Year is being coordinated by UNESCO on behalf of UN-Water.

“This is an opportunity for us to join efforts to enhance fair and innovative water management arrangements and to share best practices for the preservation of wetlands – streams, lakes, coasts and marine zones – that play a substantial role in ensuring biodiversity,” Irina Bokova, head of UNESCO, said in her message for the Day.

Ms. Bokova and Mr. Ban noted the importance of strong scientific alliances as part of a global effort to protect natural resources. They encouraged parties to the Convention on Biological Diversity who have not already done so to ratify the Nagoya Protocol on the fair and equitable sharing of the benefits arising out of the utilization of genetic resources. Adopted in 2010, the Nagoya Protocol also sets a goal of cutting the current extinction rate by half or more by 2020.

Recognizing the importance of biodiversity, the UN General Assembly encouraged the use of the Convention on Biological Diversity’s Strategic Plan for Biodiversity 2011-2020 and its Aichi Targets in the elaboration of the post-2015 development agenda. Last year’s Conference on Sustainable Development (Rio+20) also recognized the role of ecosystems in maintaining water quantity and quality.

He stressed that a focus on water and biodiversity is particularly important now as the international community strives to hasten progress towards the eight anti-poverty targets known as the Millennium Development Goals by the 2015 deadline and to plan a new set of development targets.

“As the international community strives to accelerate its efforts to achieve the Millennium Development Goals and define a post-2015 agenda, including a set of goals for sustainable development, water and biodiversity are important streams in the discussion,” he noted.

In a press conference in New York, Braulio de Souza Dias, Executive Secretary of the Convention on Biological Diversity said biodiversity needs to be seen as part of a ‘win-win’ solution for sustainable development.

“It’s very easy to say that yes, we should provide water for everyone, but how do we do that, so the traditional way of doing this is to work in silos,” Mr. Dias said, stressing the importance of thinking beyond traditional engineered solutions in a more integrated, collaborative way to effectively deliver on the MDGs.

He also noted that Governments sometimes make decisions based on “short-sighted information” without informing sufficiently communities about the impact of those decisions on local ecosystems. 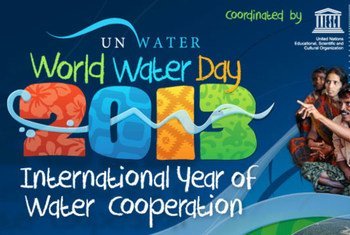