MONUSCO
An advance team of the intervention brigade with a special mandate to neutralize and disarm armed groups in eastern Democratic Republic of the Congo, DRC, arrives in Goma.
10 May 2013

A contingent of Tanzanian soldiers arrived in the eastern city of Goma in the Democratic Republic of the Congo (DRC) today as part of the intervention brigade authorized by the United Nations to help neutralize armed groups in this volatile part of the country.

In March the Security Council authorized the deployment of an intervention brigade within the existing UN peacekeeping operation in the country (MONUSCO) to carry out targeted offensive operations, with or without the Congolese national army, against armed groups that threaten peace in eastern DRC.

The brigade – which will be based in North Kivu province and total 3,069 peacekeepers – is tasked with neutralizing armed groups, reducing the threat posed to State authority and civilian security and make space for stabilization activities.

Madnodje Mounoubai, spokesperson for MONUSCO, said in an interview with UN-backed Radio Okapi that the soldiers that arrived today bring to 100 the number of Tanzanian troops that are now on the ground as part of the brigade.

“Today, a number of Tanzanian soldiers arrived with equipment. From the evidence we have, about a hundred elements are already in place. These are officers, members of staff, so those responsible for planning that have arrived,” he said.

He added that the Commander of the brigade, General James Mwakibolwa, is already in place with certain members of his staff.

The brigade is designed to further support the political objectives of the Peace, Security and Cooperation Framework for the DRC and the region – a peace deal signed in February in Addis Ababa, Ethiopia. 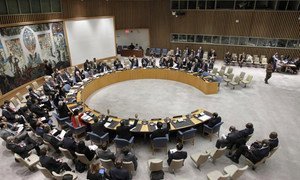 The Security Council today authorized the deployment of an intervention brigade within the current United Nations peacekeeping operation in the Democratic Republic of the Congo (DRC) to address imminent threats to peace and security.