MINUSTAH/Logan Abassi
Women learn to read and write in a classroom in Cité Soleil, Haiti.

18 April 2013
With women projected to comprise a majority of the world’s urban dwellers and head increasing numbers of households, gender equality in employment, housing, health and education is vital to ensure the prosperity of the cities of the future, according to a new United Nations study.

“Women are key drivers of economic growth and that wealth in the hands of women leads to much more equitable outcomes in terms of the quality of life of families and communities,” the study, entitled State of Women in Cities Report 2012/13, said. “Addressing the barriers to women’s participation in cities creates a situation where women’s potential is more fully realised and households, communities and governments also reap rewards.

“It is imperative that women and men should enjoy equal rights and opportunities in cities on moral/ethical, economic and political grounds. This will not only engender women’s well-being but it will increase their individual and collective prosperity as well as the prosperity of the cities in which they reside.”

Produced by the Nairobi-based UN Human Settlements Programme, known as UN-HABITAT, which is mandated to promote socially and environmentally sustainable towns and cities with the goal of providing adequate shelter for all, the report also stressed the need to address unemployment and other disadvantages that hobble urban youth.

The report called for policies to enhance gender equality, equity and prosperity of women in cities, noting that cities of the future will comprise a majority female component, especially among people older than 60 and even more so among those older than 80 years.

While underscoring the unpaid caring and social activities that women undertake, such as childcare, caring for the sick, disabled and elderly, washing, cleaning and other community services that allow the urban economy to function and prosper, even if this labour is seldom recognised or valued, the report stressed the “crucially important” economic contributions they make through their paid work

“The ‘feminization’ of the global labour force tends to be associated with urbanisation, with the related concentration of women in export-manufacturing, the service sector and Information, Communication and Technology (ICT),” it said, adding that women, especially the urban poor, are disadvantaged in terms of equal access to employment, housing, health and education, asset ownership, experiences of urban violence, and ability to exercise their rights.

UN-HABITAT’s State of Urban Youth Report 2012/2013 stressed that while the young are “society’s most important and dynamic human resource” – with 1.3 billion between ages 12 and 24, most of them living in urban areas – nearly 45 per cent of them, some 515 million, live on less than $2 a day.

It called for better aligning educational and training systems with the current and future needs of young people, so that they cannot only discern developmental issues but may even be capable of suggesting innovative solutions to deep problems of development and growth.

“Of paramount importance is access to education and opportunities for acquiring skills,” the study added, stressing that youth inequality in urban life is closely related to unequal opportunities in later life and calling for policies that include investment in economic infrastructure, tax incentives, vocational training schemes and regulations that aim at a more equitable labour market for urban youth. 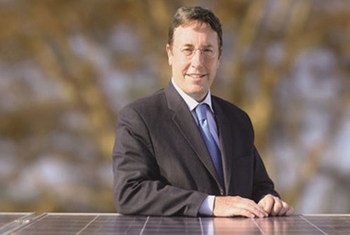 17 April 2013
Developing sustainable urban infrastructure benefits not just the environment, but can also boost economic growth and social stability, according to a United Nations report released today, which stresses the need to transition to resource-efficient technologies in cities, given scarce natural resources.