16 April 2013
The Latin American countries afflicted by the greatest amount of social conflict are also those suffering from broad inequality and limited capacity to manage unrest, according to a United Nations report launched today.

Marking the release of a new UN Development Programme (UNDP) report held in New York, Heraldo Muñoz, UNDP Director for Latin America and the Caribbean, stressed that the presence of conflicts within a country can ultimately determine the effectiveness of that country’s political process.

“Democracies, as opposed to authoritarian regimes, enable social conflict as a constructive tool for peoples’ demands for improved quality of life,” he said in a press release.

The report – entitled Understanding Social Conflict in Latin America – points out that social, institutional, and cultural tensions in Latin America are numerous compared to other regions and tend to be complemented by a high degree of citizen participation.

Depending on how they are managed, therefore, social conflicts can just as easily become gateways for change as opposed to destruction, Mr. Muñoz said.

“If they are managed through dialogue and negotiation and their causes are addressed, they are great opportunities for profound transformations – and for a more equitable and just Latin America.”

During the course of the one year study, conducted from October 2009 to September 2010, UNDP examined more than 2,300 social conflicts, eventually concluding that Bolivia, Peru, and Argentina were the countries with the highest number of social conflicts while Costa Rica, Chile and El Salvador had the lowest.

The report added that the bulk of social unrest affecting Latin American countries involve declarations, demonstrations, and strikes with demands running a wide gamut of issues from health, labour and education to human rights and ecological matters.

Although they rarely reach the point of violence, certain instances of conflict, such as the Honduran coup d’etat in 2009, trigger what UNDP called a “profound institutional rupture and crisis in democratic governance.”

Nevertheless, along with a reduction in poverty and inequality over the last decade, Latin America also witnessed wider access to technology for millions in the region, with Internet and mobile telephones increasingly accessible, allowing the voices of marginalized groups to be more easily heard.

According to the research undertaken by UNDP, almost 60 per cent of the organizations and individuals who took part in social conflicts had a presence on the Web, although such presence ranged widely from country to country.

“The Internet and other communications technologies allow social movements to interact, spread messages through videos and raise funds,” the UNDP news release stated.

“Such tools have also been increasingly important for historically marginalized groups, including indigenous peoples,” it added. 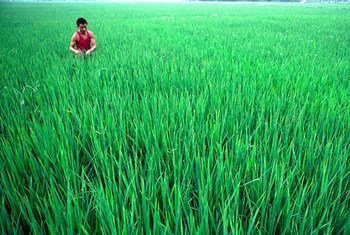 14 March 2013
The rapid growth of developing countries is propelling millions out of poverty on an unprecedented scale and radically reshaping the global system, according to a flagship United Nations report launched today.