10 April 2013
A political activist working to safeguard the Amazon rainforest and a businessman considered the 'grandfather' of the Turkish environmental movement are among the winners of United Nations awards honouring individuals who have done extraordinary work to spotlight the special relationship between forests and people.

In addition to five “Forest Heroes” from Brazil, Rwanda, Thailand, Turkey and the United States, the UN Forests for People Awards also recognized filmmakers and photographers for their creative efforts to raise awareness about forests and their contributions to people's lives.

“The winners of these awards are remarkable individuals who have been working to make a difference through community activities, film, or photography. Their stories serve as inspiration to us all,” said Wu Hongbo, Under-Secretary-General for Economic and Social Affairs.

Nearly 600 entries from 68 countries competed for the Awards, which are being presented today at the tenth session of the UN Forum on Forests (UNFF10) in Istanbul, Turkey.

The Forest Hero Award recognizes people who are working in their own ways to sustain, protect and manage forests, as well as inspire change, such as Rose Mukankomeje.

Ms. Mukankomeje, who lost her parents and siblings during the 1994 genocide in Rwanda, has devoted her life to the protection and restoration of forests and has pioneered a unique home-grown solution – Umuganda – which ensures that the growth of forests in Rwanda supports livelihoods and benefits the rural poor. 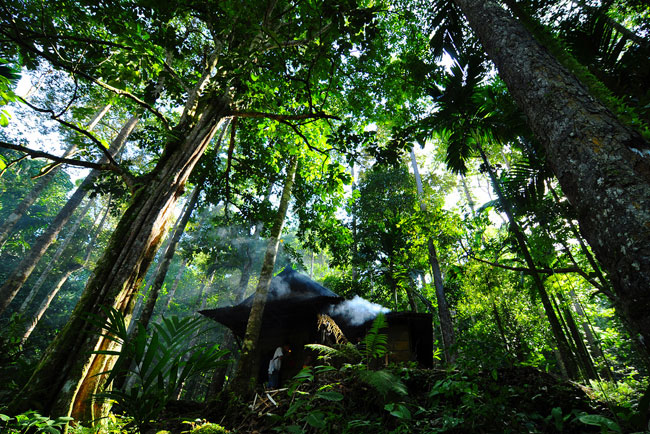 Winning Photo: The Pahmung Krui Damar Forest, taken by Eka Fendiaspara of Indonesia, a mathematics teacher who studied photography and turned his hobby into a second career. 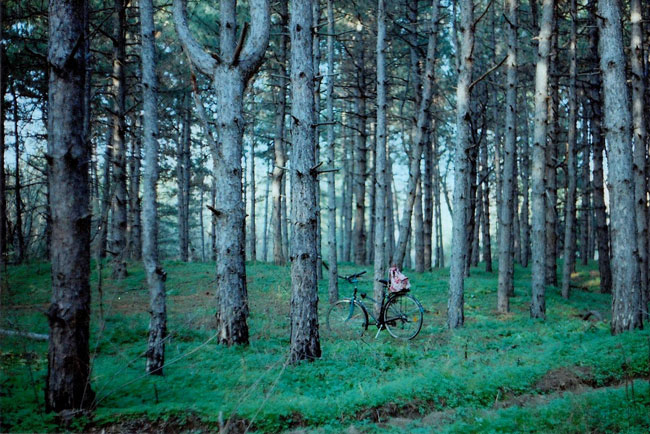 Winning Photo: My favorite place, taken by Olga Lavrushko of Ukraine, a student who explores different places on her bicycle, always with a camera in her hand. 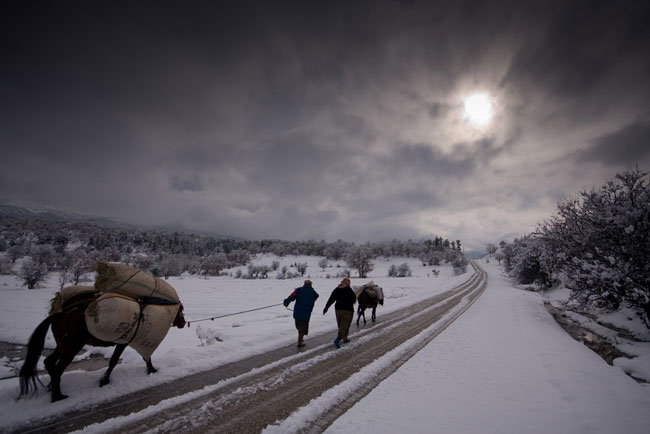 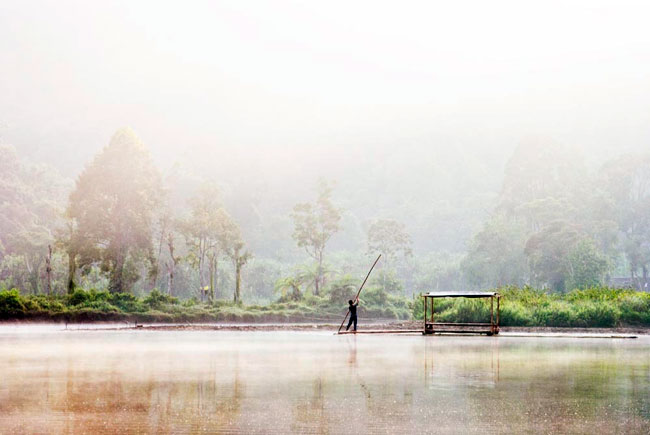 Winning Photo: Morning from Situ Gunung, taken by Prasetyo Nurramdhan of Indonesia, a self-taught photographer who captured this image during an early morning walk in the park. 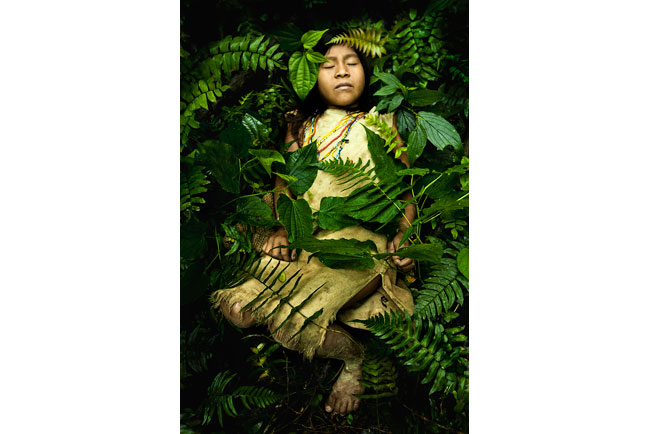 Winning Photo: Sleeping Beauty, taken by Pablo Pro of Spain, a professional photographer who shot this image in the Tayrona National Natural Park in Colombia. 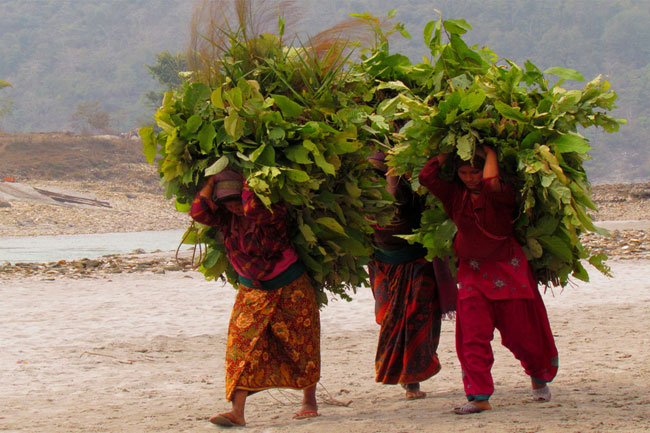 Finalist: Collecting fodder, taken by Sandesh Timilsina of Nepal. Some two billion people depend on forests for sustenance and income, and 750 million live within them. 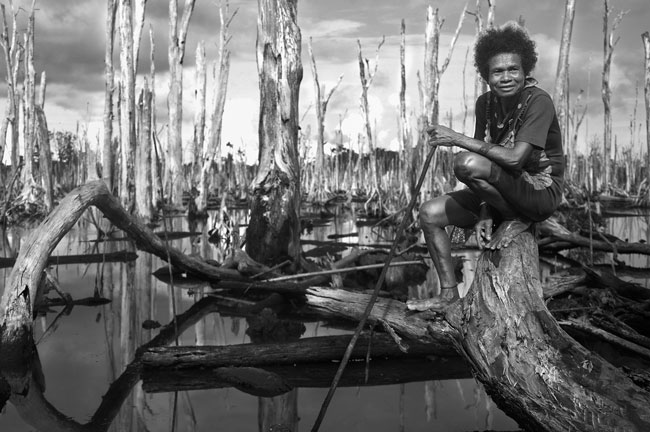 Finalist: Once a playground and source of life, taken by Budi Setiawan of Indonesia. Before the Indian Ocean tsunami, forests were a source of life and the locals in Biap, Papua, used sago trees for their staple food. 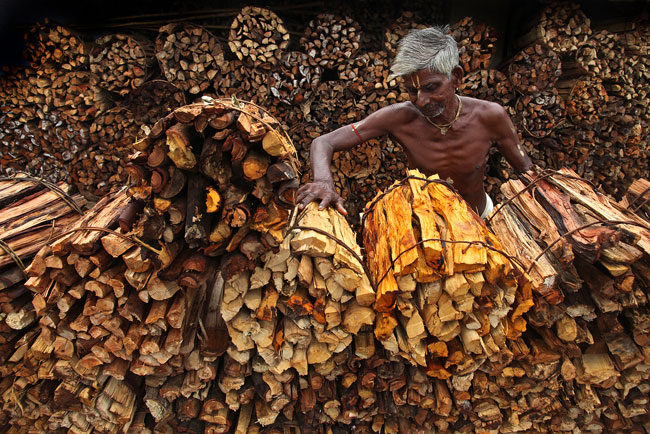 Finalist: Wood man, taken by Somenath Mukhopadhyay of India. More than two billion people depend on wood energy for cooking and/or heating, particularly in households in developing countries. 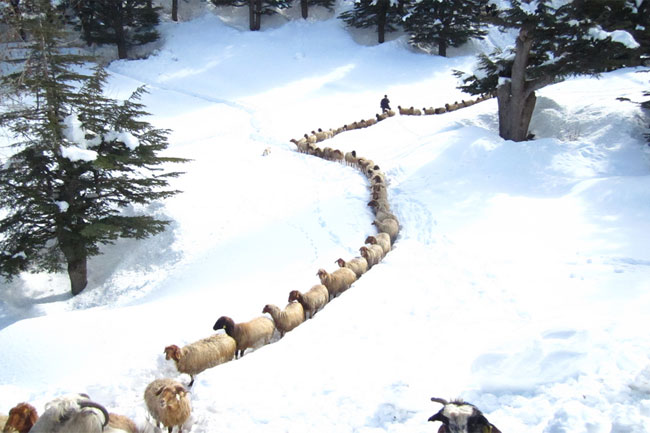 Finalist: Hungry animals in winter, taken by Muzaffer Ketmen of Turkey. Animals go in search of food in during a harsh winter in a Turkish forest. For centuries forests have been a source of food and water for animals and people.

Hayrettin Karaca, 92, is a successful textile businessman, who became aware of the dangers of environmental degradation as he travelled about his native Turkey. He went on to found TEMA, one of the country's largest environmental non-governmental organizations.

Environmentalist and political activist Almir Narayamoga Surui was elected chief of his Paiter-Surui tribe in Brazil's Amazon at the age of 17, and has been fighting to safeguard both his tribe and the rainforest for more than 20 years.

Ariel Lugo, a scientist from Puerto Rico in the US, has published over 470 scientific articles, and has worked to conserve forests and improve communities around the world. His most recent project helps to prevent violence and promote healthy childhood development by encouraging the participation of youth in planting seasonal organic products and native trees.

Jan McAlpine, Director of the UN Forum on Forests Secretariat, said this year's recipients represent a “truly amazing” group of individuals who have devoted their lives to nurturing communities and forests.

“Through their eyes we see that there are creative pathways to realizing that we are an integral part of forests, and forests are a vital part of us all. Their stories are our shining inspiration and they our heroes.”

The Forum's Secretariat partnered with the Jackson Hole Wildlife Film Festival to honour “the power of the narrative” and the creative efforts of filmmakers who visually capture what forests mean to people – with short films of five minutes or less.

“Over the years I have seen hundreds of environmental films, most of them made for broadcast television and running 40 to 55 minutes,” said juror William Grant, Chairman Emeritus of the Jackson Hole Wildlife Film Festival. “Watching so many beautifully done short films was a new experience and a pleasure. And to see the work of so many talented young filmmakers from all across the globe was an added delight.”

The winning filmmakers are Rowan Pybus of South Africa (“Amazing Grace”), Paul Rosolie of the US (“An Unseen World”), Elio Alonso Vasquez Miranda of Peru (“Feel Like a Mountain”), Sébastien Pins of Belgium (“Ma Forêt”), and Dan Childs and Nick Werber of the United Kingdom (“Reynaldo”).

Chaim Litewski, Chief of the UN's Television Section said, “While watching the films, I was transported to a familiar and yet alien world. In my imagination I could feel the smells, sounds, texture, colours and shapes of all living things. In spite of seeing it through a computer screen, I felt that I belonged, it was part of me and I was part of it.”

The winning photographs of the first ever International Forest Photograph Contest – chosen from over 400 submissions from more than 40 countries – were taken by Atakan Baykal of Turkey, Eka Fendiaspara of Indonesia, Riccardo Gangale of Italy, Olga Lavrushko of Ukraine, Prasetyo Nurramdhan of Indonesia, and Pablo Pro of Spain. 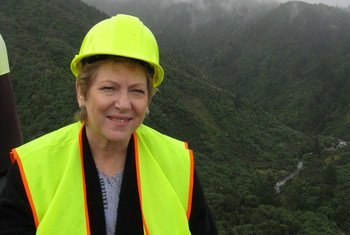 9 February 2012
The United Nations today wrapped up its year-long campaign to raise awareness on the importance of forests and the people who depend on them with a series of events that spotlight their role and impact in socio-economic activities.