UN Photo/UNMACA
Demining engineer of the Mine Action Programme of Afghanistan clears an anti-personnel landmine.
4 April 2013

Secretary-General Ban Ki-moon today reiterated the importance of eliminating the threat of mines and explosive remnants of war as a crucial endeavour that advances peace, enables development, supports nations in transition and saves lives.

“United Nations mine action programmes continue to create space for humanitarian relief efforts, peace operations and development initiatives, allowing UN staff to deploy and refugees and internally displaced persons to return voluntarily to their homes,” he said in a message to mark the International Day of Mine Awareness and Assistance in Mine Action, marked annually on 4 April.

As highlighted by Mr. Ban, the UN continues to provide wide-ranging assistance to millions of people in 59 States and six other areas contaminated by landmines, including Afghanistan, Cambodia, Colombia, Laos, Lebanon and South Sudan.

“But more progress is needed,” he warned, most notably in Syria and Mali, where the devastating humanitarian impact of the use of explosive weapons in populated areas is growing.

Between May 2011 and May 2012, at least 4,286 people were killed or injured in incidents related to mines and explosive remnants of war, according to the UN Mine Action Service (UNMAS).

Governments of mine-affected countries which receive UN assistance have the primary responsibility for mine action, UNMAS noted.

There are 14 UN departments, programmes, funds and agencies that provide various types of services, according to the agency. Some of these UN bodies target their services to a particular group of people, such as refugees, or to a special circumstance, such as a humanitarian crisis.

At the end of 2012, these entities agreed on a new strategy to guide UN mine action work through 2018. The new strategy includes for the first time a specific monitoring and evaluation framework to track and measure UN’s work.

The new strategy, Mr. Ban said, “sets out a series of steps towards a safer world where individuals and communities can pursue socio-economic development and where survivors are treated as equal members of their societies.”

At a press conference in New York, the Assistant Secretary-General of the Office of the Rule of Law and Security Institutions (OROLSI), Dmitry Titov, stressed to journalists that “mine action is about action” that includes humanitarian action and the removal of mines.

Also speaking to the media, the Chief of UNMAS Programmes, Paul Heslop, said “the battle against mines has been won” but needs sustained funding and international support to sustain it.

He noted the emerging threat caused by abandoned or poorly managed ammunition depots which UNMAS teams are increasingly encountering.

Mr. Heslop also spoke about the difficulties of identifying the origins of a landmine or unexploded ordinance, particularly in areas such as Syria where the insecurity prevents demining teams from working, and determining whether it is a new explosive or a legacy from earlier conflicts. If explosive materials had a stamp which read “produced in 2010 in x location, it would be easy, but they don’t,” he said. 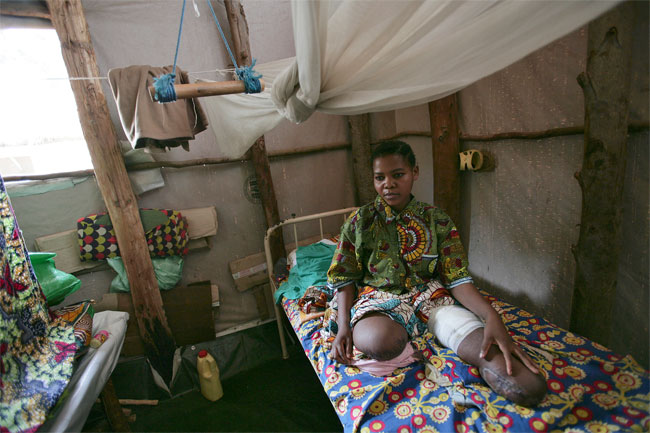 Kabibi Tabu, 23, lost both legs to a landmine explosion in August 2006 in Bunia, Democratic Republic of the Congo. (October 2006) UN Photo/Martine Perret 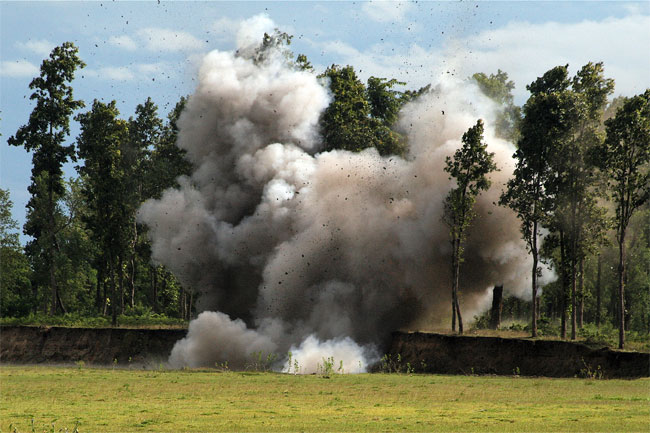 A landmine is safely destroyed, as part of the former UN Mission in Nepal (UNMIN) mine action programme to assist local authorities remove the threat of unexploded devices. (September 2007) UN Photo/Robel Mockonenn 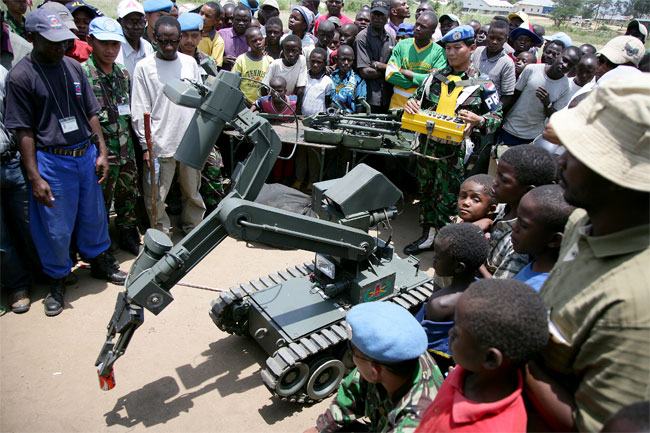 In observance of the International Day, a UN peacekeeper demonstrates the operation of a landmine clearance robot to the local population in Bunia, Democratic Republic of the Congo. (April 2007) UN Photo/Martine Perret 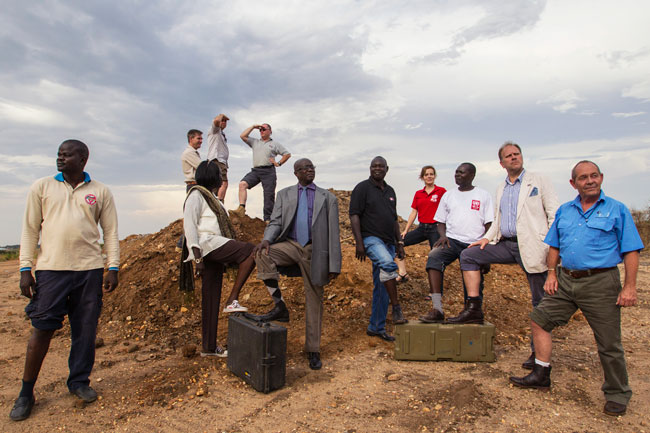 Affiliates of international organizations working to eliminate landmines take part in the “Lend Your Leg” campaign event in Juba, South Sudan, by rolling up their pants leg in solidarity with landmine victims. (April 2013) UN Photo/Martine Perret 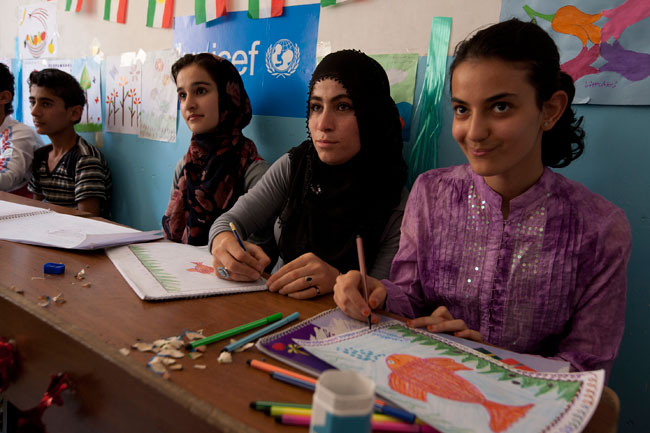 Children of the Halshoo Village in Sulaymaniyah Governorate participate in the summer programme offered by the UN Children's Fund (UNICEF) to learn about the dangers of mines and unexploded ordnance. (July 2011) UN Photo/Bikem Ekberzade 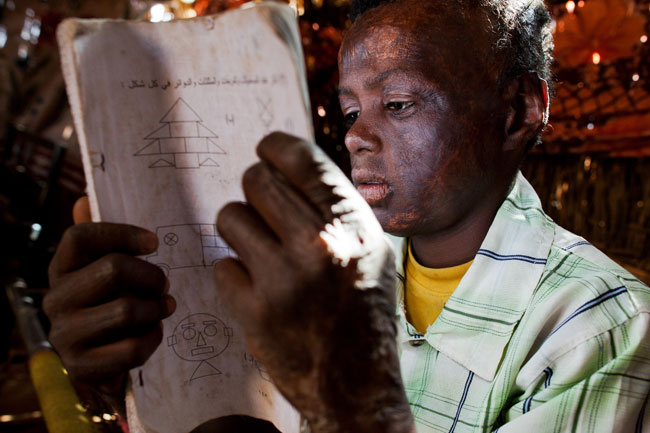 Ten-year-old Suleiman, from Dar Al Salam, North Darfur, suffered burns to more than 90 per cent of his body when his brother detonated an unexploded device that he found near their house in November 2006. UN Photo/Albert Gonzalez Farran 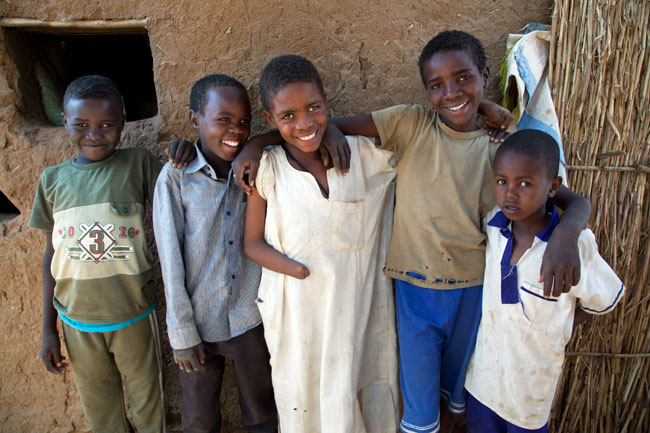 Abdurrahim Ahmed Mohamed, 12, lost his right hand and sight in the left eye when he and friends played with unexploded ordnance in their village in Darfur. (April 2012) UN Photo/Albert Gonzalez Farran 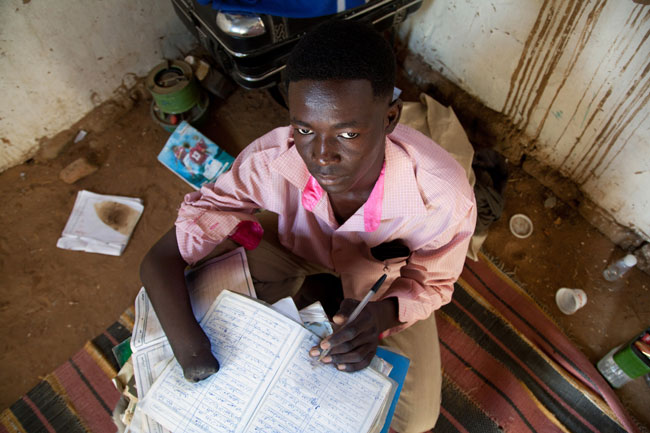 IIsmael Ibrahim, 15, discovered unexploded ordnance while working in the fields in his village of Korma, Sudan. Curious, he picked it up and it detonated and took his right hand. (April 2012) UN Photo/Albert Gonzalez Farran 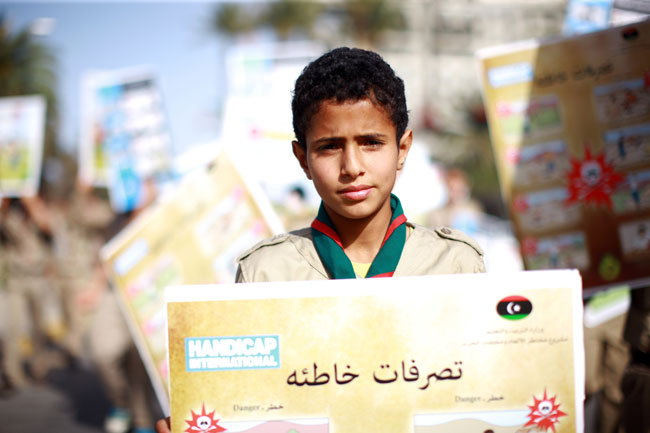 Boy Scouts march through the centre of Tripoli, Libya, on the International Day for Mine Awareness to highlight the dangers posed by mines and explosive remnants of war. (April 2012) UN Photo/Iason Foounten

Also at UN Headquarters in New York and in parallel in Geneva, a multi-media exhibit, entitled ‘For a Mine-Free World’, opens today to mark the Day and highlight 20 years of the International Campaign to Ban Landmines. The exhibits include a miniature mine field and UN partner, Handicap International, will provide demining demonstrations throughout the day in New York.

Also at UN Headquarters in New York and in parallel in Geneva, a multi-media exhibit, entitled ‘For a Mine-Free World’, opens today to mark the Day and highlight 20 years of the International Campaign to Ban Landmines. The exhibits include a miniature mine field and UN partner, Handicap International, will provide demining demonstrations throughout the day in New York.

This year also marks 40 years since bombing stopped in the Lao countryside. The UN Development Programme (UNDP) and the Permanent Mission of Laos to the UN will mark the date with a launch at UN Headquarters in New York of a new campaign that includes national speakers.

“Voices from Laos: Clearing Bombs, Protecting Lives” will travel to some of the major US cities after leaving New York. According to its website, the campaign creates a space for dialogue on how individuals and communities are affected by Viet Nam War-era unexploded ordnance (UXO) in Laos, how the problem is being addressed in the country, and ways in which people in the US can help to clear Laos of bombs, support survivors of accidents, and help to create a safer future.

In Afghanistan, high-level participants from the Government and the international community will meet in an official ceremony in Kabul. Afghanistan remains one of the most heavily mined countries in the world with 80 per cent of landmines and explosive remnants of war on agricultural land.

In Belgium, the exhibit “LANDMINES: Treacherous weapons” is now open at the Royal Museum of the Armed Forces and Military History, among other events.

In Colombia, the UNMAS demining programme, ‘Archangeles,’ the Government and the mine action community carry out national campaigns around the theme of Lend your Leg, which asks participants to show support for landmine survivors by rolling up their pant leg in a symbolic gesture of solidarity with landmine survivors across the globe that have lost limbs to landmines and unexploded ordnance.

In the Democratic Republic of the Congo (DRC), 10 days of Mine Action have been underway since 25 March. During that time, the Government launched the National Landmine Contamination Survey (NLCS), and also declared the province Bas Congo as the first in DRC to be mine-free.

At the African Union Headquarters in Ethiopia, UNMAS and the regional organization organized an exhibit entitled “Mine Action in Africa” which includes a demining demonstration.

In Iraq, events include a social media campaign in English and Arabic to support demining activities in the country.

In Somalia, the UNMAS programme there organized two days of events starting on 3 April, including public demonstrations of mine clearing and destruction of stockpiled unexploded ordnance, film screenings, a poetry competition and a basketball game.

The UN peacekeeping operation in South Sudan (UNMISS) organizing a photo exhibition by photographer Marco Grob, who visited the country earlier this year. The Mission, along with the Government and their partners, will also promote the ‘Lend your Leg’ campaign.

The United Nations Mine Action Service (UNMAS) is expanding its operations in Afghanistan, the Democratic Republic of the Congo (DRC), Libya, Somalia and South Sudan, thanks to a multi-million dollar contribution from the Government of Japan.