The Persian spring festival of Nowruz celebrates not just the diversity and unity of cultures, but is also a reminder to protect the environment, Secretary-General Ban Ki-moon said today, adding that this holiday offers a chance to reflect on the beauty of nature.

“Nowruz does more than bring countries together; it reminds us to cherish the planet we share,” Mr. Ban said in his message for the International Day of Nowruz. “By highlighting the beauty of nature and the renewal of springtime, Nowruz can inspire celebrants and onlookers alike to practice greater environmental stewardship.”

Originating in Iran's ancient history, Nowruz is celebrated by more than 300 million people worldwide on 21 March, the day of the spring equinox, which marks the sun's crossing of the Equator and the start of spring in the Northern Hemisphere.

For more than three millennia, people in the Balkans, the Black Sea Basin, the Caucasus, Central Asia and the Middle East, among other regions, have observed Nowruz through their own special traditions.

In 2010, the United Nations General Assembly declared 21 March as the International Day of Nowruz. The holiday was also added to the Representative List of Intangible Cultural Heritage of Humanity administered by the UN Educational, Scientific and Cultural Organization (UNESCO).

“Nowruz engenders a vast array of cultural expressions. Celebratory rites can take the form of horseracing, traditional wrestling, songs in various languages, tales about the mythological King Jamshid, or lighting candles in front of homes. These different manifestations of the spirit of Nowruz carry the same message of human solidarity,” Mr. Ban said.

“I offer my best wishes to those who celebrate, and express hope that all people can use the occasion to reflect on the beauty of nature, the promise of spring and the power of culture to build peace,” he added.

♦ Receive daily updates directly in your inbox - Subscribe here to a topic.
♦ Download the UN News app for your iOS or Android devices.
nowruz 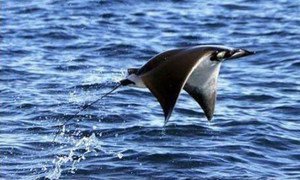 Five types of sharks and manta rays today formally gained new trade protections in a United Nations-backed meeting at which participants also voted to preserve precious timbers and other plants and animals.