19 March 2013
Given the risks in Arab States of earthquakes, landslides and other disasters, hundreds of senior officials and civil society leaders are meeting at the first United Nations-backed conference for the region aimed at agreeing on a common position on disaster risk reduction.

“Arab countries have made significant progress on the development front over the past decades,” said Jordan Ryan, Director of the Bureau for Crisis Prevention and Recovery at the UN Development Programme (UNDP).

“However, such gains are put in jeopardy because of weak systems for disaster preparedness, which make the population vulnerable to a multitude of environmental disasters, especially in urban areas.”

Over the course of three days, participants at the First Arab Conference on Disaster Risk Reduction, being held in Aqaba, Jordan, will work on creating benchmarks for reducing disaster risk in their cities. The conference is expected to transition into a consultative forum which meets on a regular basis, according to organizers.

“A shocking absence of enforced building construction standards, a sharp rise in urban poverty, and the growing and unchecked impact of climate change are among other factors that must make us even more determined to act decisively,” Princess Sumaya bint El Hassan, President of the Royal Scientific Society and co-host of the conference, said in her opening statement.

Different parts of the Arab region are regularly exposed to a number of risks, according to the UN Office for Disaster Risk Reduction (UNISDR), which co-organized the conference, along with UNDP, the League of Arab States and partners.

Over the last 30 years in the Arab States, more than 164,000 people were killed, 70 million people affected and reported economic damages of $19.2 billion due to disasters triggered by natural hazards, according to the latest data provided to UNISDR by the Belgium-based Centre for Research on the Epidemiology of Disasters (CRED).

“UNISDR is encouraged to see the Arab States coming together to discuss disaster risk reduction and create a regional platform. The timing could not be better as we are looking forward to the Arab region making a significant contribution towards revising and renewing the existing framework for disaster risk reduction, the Hyogo Framework for Action,” said the Special Representative of the Secretary-General for Disaster Risk Reduction and head of UNISDR, Margareta Wahlström.

The goal of the Hyogo Framework for Action is to substantially reduce disaster losses by 2015 by building the resilience of nations and communities to disasters. It will be discussed at the Global Platform for Disaster Risk Reduction in Geneva starting on 19 May. The outcome from the Arab conference now underway will be presented during the meeting. 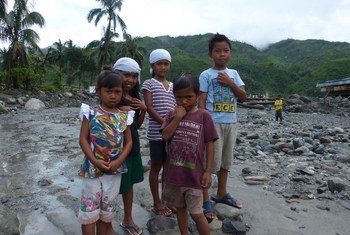 14 March 2013
Thousands of people were killed in extreme disaster events in 2012 with more than $100 billion in property losses for a third year in a row, the United Nations Office for Disaster Risk Reduction (UNISDR) said today, attributing the growing trend to increased exposure of industrial assets and private property to earthquakes, hurricanes and other extreme events.