11 March 2013
The Prosecutor of the International Criminal Court (ICC) today filed to drop charges against Francis Muthaura, who was accused of crimes against humanity and other offences allegedly committed following general elections in late 2007, but reiterated that charges remain against the president-elect, Uhuru Muigai Kenyatta.

“This is an exceptional decision. I did not take it lightly, but I believe it is the right thing to do,” Fatou Bensouda said in a statement.

She said that she had explained to the judge that several people who may have provided important evidence in the case have either died or are too afraid to testify for the Prosecution.

Ms. Bensouda also noted that the Prosecution lost the testimony of its key witness “after this witness recanted a crucial part of his evidence, and admitted to us that he had accepted bribes.”

In addition, the Prosecutor said it was “disappointing” that the Government of Kenya failed to provide her office with important evidence and failed to facilitate access to critical witnesses.

In January of last year, the ICC said it had established substantial grounds to believe that the crimes of murder, deportation or forcible transfer, rape, other inhumane acts and persecution were committed in an attack on the civilian residents of Nakuru and Naivasha towns between 24 and 28 January 2008.

The Court named Mr. Muthaura criminally responsible for the alleged crimes as an indirect co-perpetrator, alongside Mr. Kenyatta, the deputy Prime Minister and winner of last week’s presidential election.

“Let me be absolutely clear on one point – this decision applies only to Mr. Muthaura. It does not apply to any other case,” the Prosecutor said in her statement.

She added that, while aware of political developments in Kenya, “these have no influence, at all, on the decisions that I make as Prosecutor of the International Criminal Court.”

Ms. Bensouda said she remained committed to justice for the victims of the 2007-2008 post-election violence.

“The real victims of the terrible violence in Kenya five years ago are the men, the women, and the children, who were killed, injured, raped, or forcibly displaced from their homes – and whose voices must not be forgotten,” she noted. 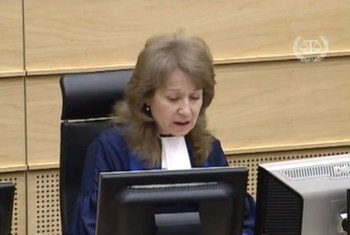 23 January 2012
The International Criminal Court (ICC) today ruled that four prominent Kenyans, including the deputy prime minister, are to stand trial for crimes against humanity and other offences allegedly committed following general elections in late 2007.