Secretary-General Ban Ki-moon and his envoy dealing with sexual violence in conflict have welcomed the decision by a Somali appeals court to overturn the conviction of a woman who claimed to be raped by security forces, while voicing concern that the sentence against the journalist charged in connection with the case, while shortened, has been upheld.

In January, Somali authorities arrested a woman who claimed she was raped in September by armed men in government uniforms while living in a camp for internally displaced persons (IDPs). They also arrested the journalist who interviewed her.

“The Secretary-General urges the Government of Somalia to ensure that allegations of sexual violence are investigated and perpetrators are brought to justice,” said a statement issued last night by Mr. Ban’s spokesperson. “He emphasizes the importance of respect for human rights and a fair judicial process in the public life of Somalia.”

The Special Representative on Sexual Violence in Conflict, Zainab Hawa Bangura, also welcomed the appeals court decision, noting that the victim’s arrest had sent a signal to rape survivors everywhere that they should remain silent when faced with sexual violence.

“The overturned verdict and release of the woman who had the courage to come forward reflects the fact that victims of sexual violence should not be criminalized for reporting this crime,” Ms. Bangura said in a statement. “I ask survivors of rape not to be deterred, and to always seek justice.”

At the same time, Ms. Bangura expressed concern over the pending release of Mr. Ibrahim, stressing that journalists should not be censored or threatened with prosecution for reporting on the issue of rape and sexual violence.

“The press has an important role to play in shining a light on crime and injustice and they should never be imprisoned for reporting on issues that are uncomfortable or embarrassing for any government,” she said. 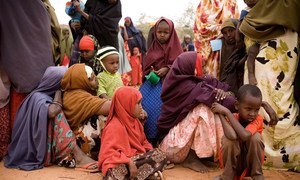 The United Nations human rights chief today called on the Somali Government to re-open the case of a Somali journalist and the alleged rape victim he interviewed, after they were sentenced to one year in prison, stressing that the sentencing is a serious blow to the fight against sexual violence in the country.