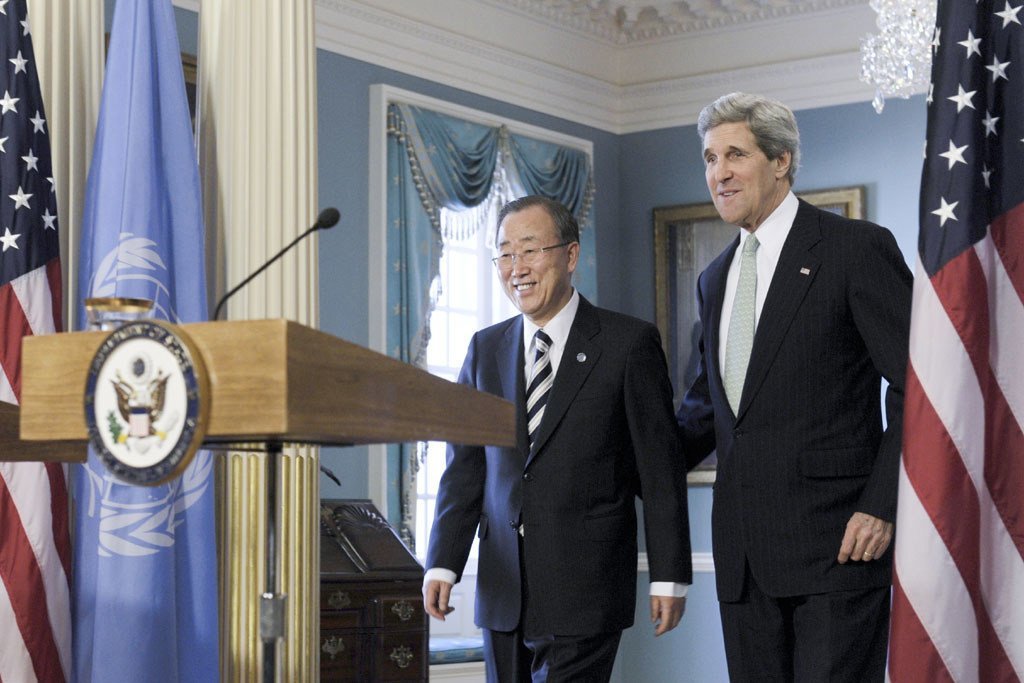 Secretary-General Ban Ki-moon and Secretary of State John Kerry held talks in Washington D.C. today on a range of issues, including Syria, Mali and the Israeli-Palestinian conflict, with the United Nations chief stressing the importance of United States leadership in tackling global challenges.

“US leadership will remain crucial in the period ahead,” Mr. Ban said during a press encounter with the newly-appointed Secretary of State.

The Secretary-General said there was much for the two men to discuss, including Syria, where nearly 70,000 people have been killed since the crisis began almost two years ago and “the tragedy continues to deepen without any prospect of a political resolution.”

Also on the agenda today was the crisis in Mali, the recent nuclear test conducted by the Democratic People's Republic of Korea (DPRK), and the Israeli-Palestinian conflict.

“We all need to make special efforts to forge a two-State solution before the window of opportunity closes,” said Mr. Ban, who welcomed the plans of President Barack Obama and Mr. Kerry to visit the region.

“It is important that the right of Israel to exist should be respected and also the viable Palestinian authorities, in terms of the political and financial situation, be supported so that both can live side by side in peace and security. That is a two-State solution,” he stated.

Mr. Ban also noted that at a time when families and government everywhere are feeling severe financial strains, the benefits of working with the UN are clear – burden-sharing, wise use of the global taxpayers' money, and international solutions in the national interest.

“I look forward to strengthening the US-UN partnership and working closely with Secretary of State Kerry towards our shared goals of peace, development, and human rights.”

As part of his two-day visit to the US capital, Mr. Ban held meetings yesterday with members of the US Senate and House of Representatives, and addressed the Organization of American States (OAS). 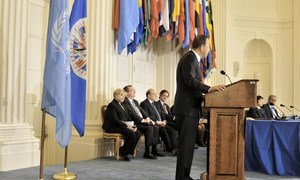 Secretary-General Ban Ki-moon today called for increased cooperation between the United Nations and the Organization of American States (OAS), stressing that the Americas have much experience and knowledge to contribute to the world.