12 February 2013
Top United Nations officials today highlighted the need for the Security Council to act with a unified voice to protect innocent lives, noting that civilians, in Syria and elsewhere, remain subject to unacceptable threats to life and dignity in conflict zones.

“There will always be some disagreement within the international community on how to respond to a given situation; but when tens of thousands of civilian lives are threatened, as currently in Syria, the world expects the Security Council to unite and act,” High Commissioner for Human Rights Navi Pillay told the 15-member body.

In her remarks to the Council’s open debate on the protection of civilians in armed conflict, Ms. Pillay noted that the number of civilians killed in Syria since the uprising against President Bashar al-Assad began in early 2011 is probably now approaching 70,000.

“The Security Council is at its best when it acts with a unified voice. The lack of consensus on Syria and the resulting inaction has been disastrous and civilians on all sides have paid the price,” she stated.

“We will be judged against the tragedy that has unfolded before our eyes. This Council, as well as those of us in key positions within the UN, will be rightly asked what we did,” she added.

The High Commissioner said one immediate action that the Council could take is to refer Syria to the International Criminal Court (ICC). “This would send a clear message to both the Government and the opposition that there will be consequences for their actions, and could have a very significant preventive effect.”

She noted that, in contrast to Syria, the Council has achieved political consensus regarding the situation in Mali, where it has provided for UN human rights monitoring. Her office is deploying human rights officers in Mali, and the first arrived in the capital, Bamako, last week.

Highlighting a number of areas where there is need for improvement, she noted that early, credible information on human rights and international humanitarian law violations can make it easier for the Council and the wider UN system to reach consensus and make informed decisions. The most important element for UN protection of civilians, she added, is early political consensus among Member States acting through the UN.

The meeting, chaired by Kim Sung-hwan, Minister of Foreign Affairs of the Republic of Korea, which holds the rotating presidency of the Council for this month, was expected to hear from over 70 speakers.

In his address, Secretary-General Ban Ki-moon noted that civilians have remained subject to unacceptable threats to life and dignity in conflict zones worldwide.

“Warring parties have continued to violate human rights and international humanitarian law with impunity. And the efforts of the United Nations and other humanitarian actors to provide assistance and protection have been hampered by violence,” he said.

In Syria, said Mr. Ban, “every day provides a searing reminder of the human cost of war.”

And while the situation in Syria is “particularly acute and intractable,” civilians in Afghanistan, the Central African Republic, the Democratic Republic of the Congo, Mali, Myanmar, Somalia, South Sudan, Sudan and elsewhere, continue to suffer and die as parties to conflict ignore their obligations to protect, he added.

“But, let us remember: the obligation does not rest solely with warring parties. We all have a responsibility to protect,” he stated. “Failure to protect civilians in armed conflict can contribute directly to the commission of atrocity crimes.”

The Secretary-General has recommended a number of steps for enhancing the protection of civilians, calling on all parties to conflict to avoid using explosive weapons with wide-area effect in populated areas, among other measures.

He also says that the Council must emphasize that States bear the primary responsibility for the protection of civilians, and that States should recognize the need for consistent engagement by humanitarian actors with all relevant State and non-State actors.

Citing the need for accountability for denials of access and attacks against humanitarian workers, Mr. Ban urged the Council to make greater use of commissions of inquiry and fact-finding missions mandated by the UN to investigate and verify alleged violations of human rights and international humanitarian law.

In addition, he said the Council must ensure that peacekeeping operations mandated with protecting civilians have adequate resources.

The Council, in a presidential statement, reiterated its demand that all parties to conflict comply strictly with the obligations applicable to them under international humanitarian, human rights and refugee law, and stressed the need for parties to “take all required measures to avoid civilian casualties and to respect and protect the civilian population.” 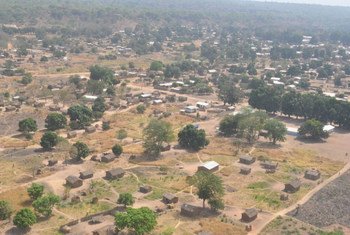