5 February 2013
The United Nations humanitarian arm today warned that the ongoing conflict in Syria, which will soon enter its third year, will lead to a sharp spike in the number of people needing urgent aid, including food, clean water and vital medical services.

“If the violence continues unabated, we could, in the short term, see considerably more than the current four million in need of urgent assistance and more than two million internally displaced in Syria,” the spokesperson for the UN Office for the Coordination of Humanitarian Affairs (OCHA), Jens Laerke, told a news conference in Geneva.

“Organizations are struggling to reach more people, in more places, with more aid, but lack of access is still a major obstacle,” he added.

The UN and its partners are expanding local partnerships outside of the more than 70 local groups now working on the ground in Syria to reach more needy people. OCHA has also urged the Government of Syria to allow more international non-governmental organizations, which could be potential partners, into Syria.

The fighting has also disrupted health services. The UN World Health Organization (WHO) announced today that the National Hospital had been destroyed in the last few days.

“Overall, 55 per cent of the public hospitals have been damaged and more than one-third of all hospitals are out of service,” Elizabeth Hoff, WHO Representative in Syria, told the news conference by telephone from Damascus, where she reported heavy fighting in the rural area around the capital city.

Over two-thirds of the ambulances in the country have been damaged and new ones are being used for military purposes, she added.

In addition to urgently-needed supplies and medications, Ms. Hoff said doctors and health personnel are not able to get into Damascus to use them. Lack of fuel and electricity cuts are further hampering medical treatments.

She said that on a recent visit she saw that many surgeons had left, possibly due to cases where, rather than attend hospitals containing security staff, doctors were being approached at home to treat the injured.

Ms. Hoff added that lack of clean water and sanitation has been linked to increased reports of Hepatitis A, for which internally displaced persons (IDPs) are being vaccinated with available supplies, and diarrhoea. Reports of diagnoses of leishmaniasis, a disease caused by a type of sand fly, are also on the rise.

Meanwhile, the UN World Food Programme (WFP) announced today it is scaling up its food aid operations inside Syria to reach an additional one million people in the coming months. 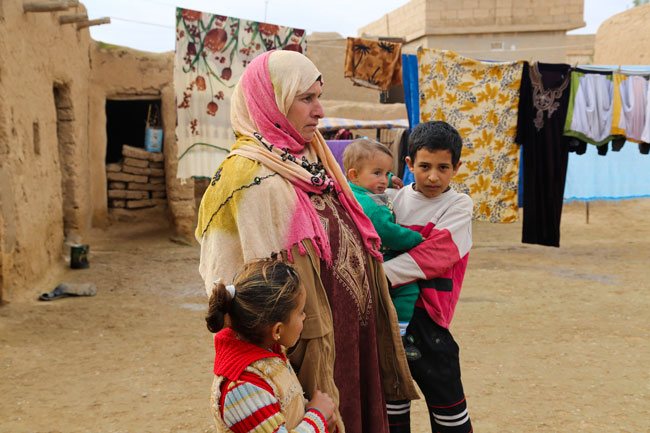 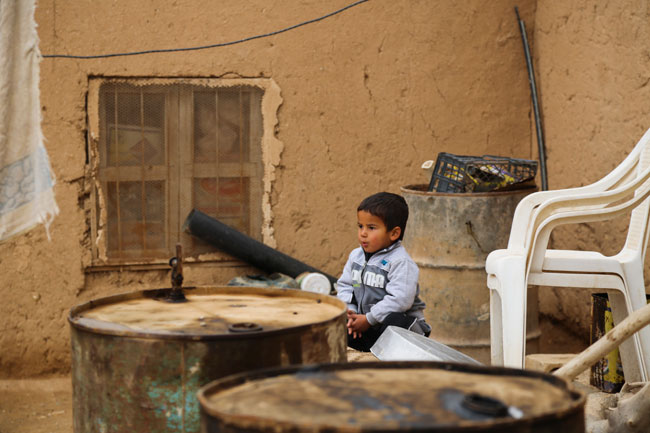 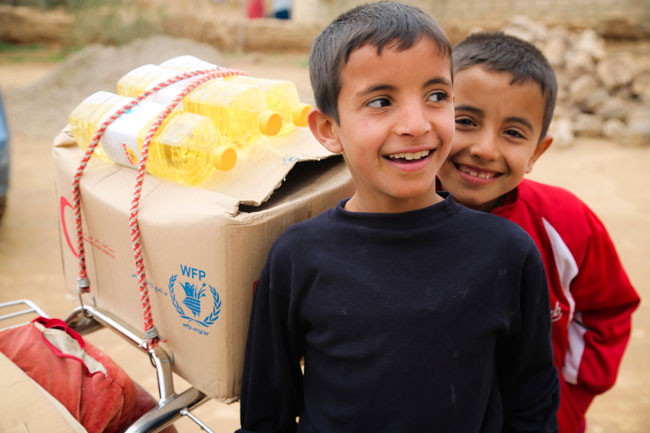 These young boys in Al-Shaddadi manage a smile despite living in one of Syria's conflict hot spots. Photo: WFP/Abeer Etefa 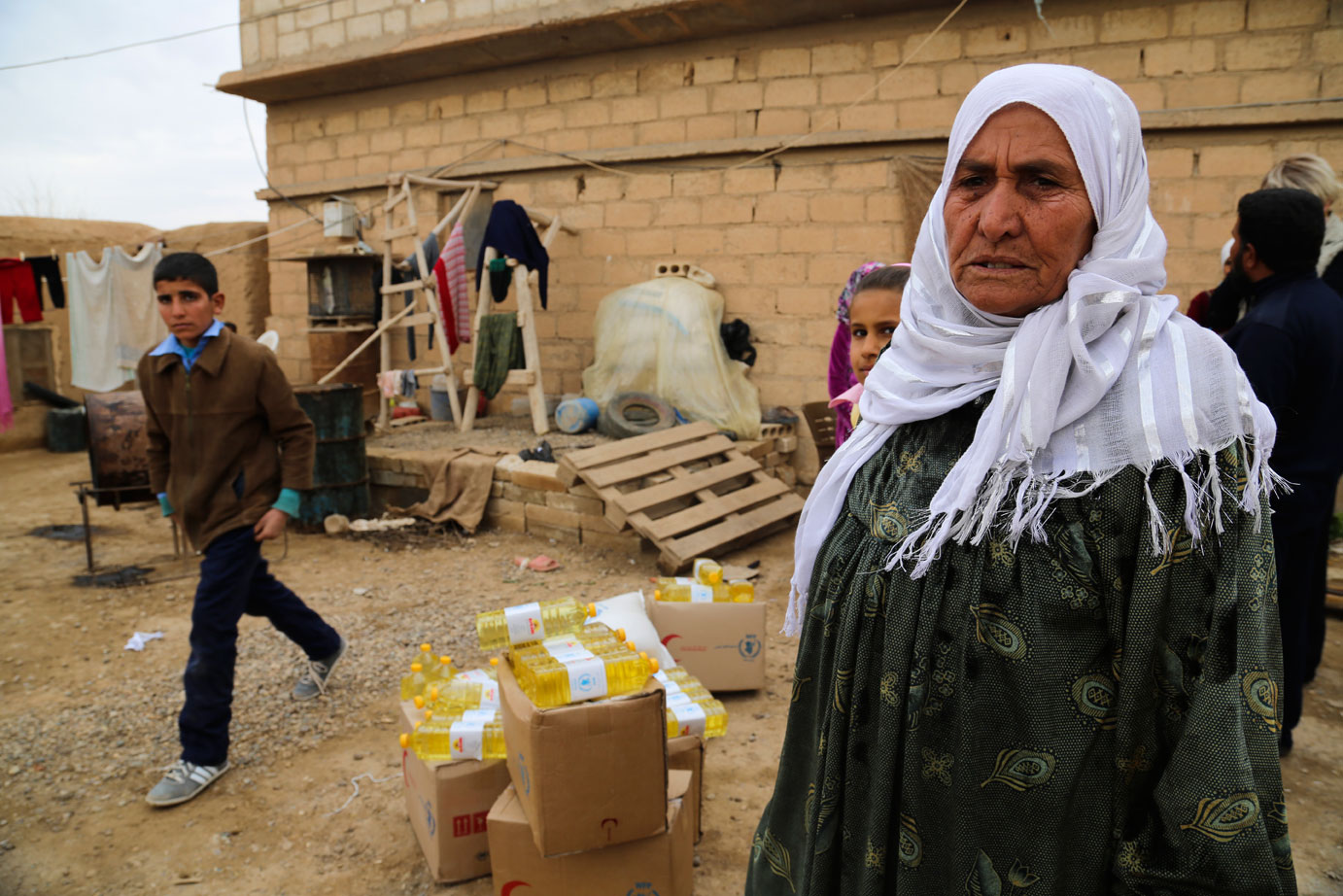 Reaching this family and others like them in Al-Shadadi was no easy task. With growing insecurity, truck drivers are at times reluctant to deliver food assistance. Photo: WFP/Abeer Etefa 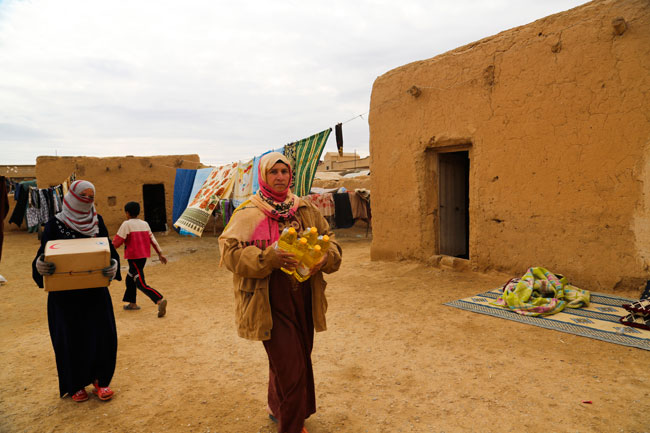 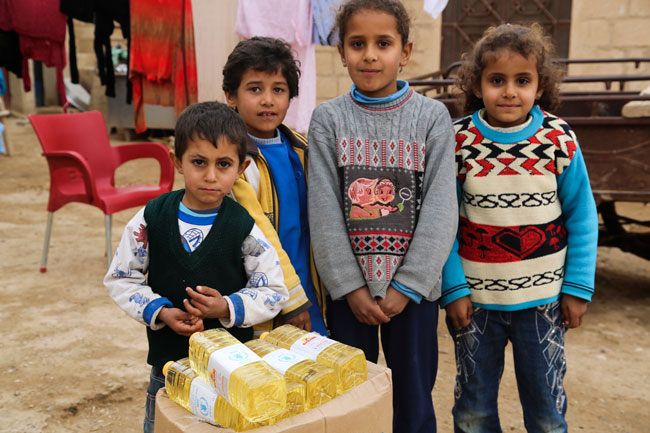 Children pose for a photo with the family's food allowance they just received. Photo: WFP/Abeer Etefa 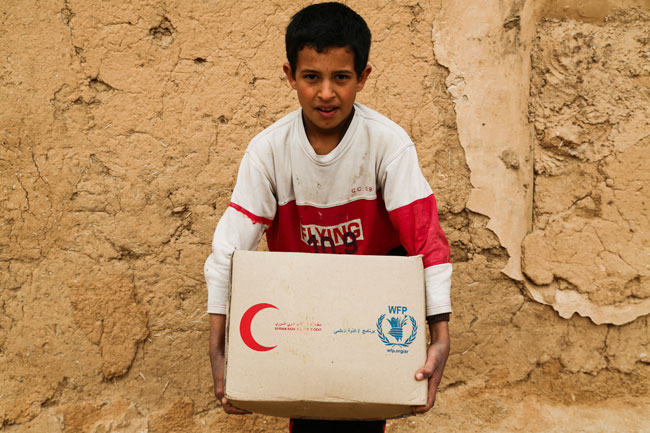 A young boy carries a box containing some of the family's food allowance. Photo: WFP/Abeer Etefa 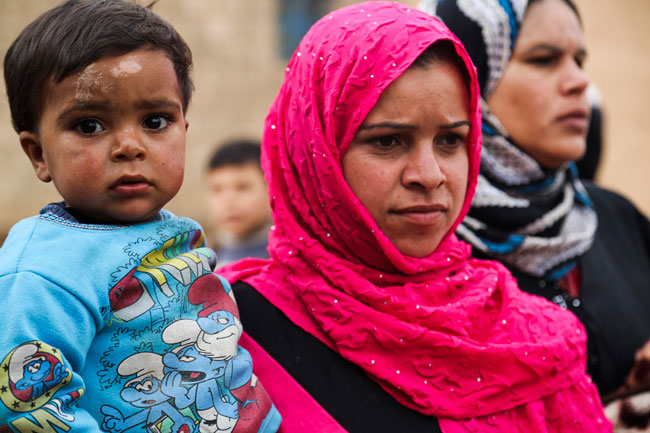 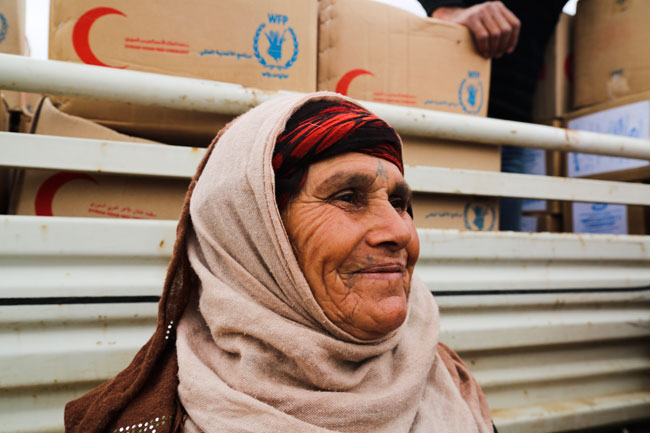 Food distribution in areas held by the government as well as the opposition prioritize people who have been forced from their homes by the fighting. Photo: WFP/Abeer Etefa 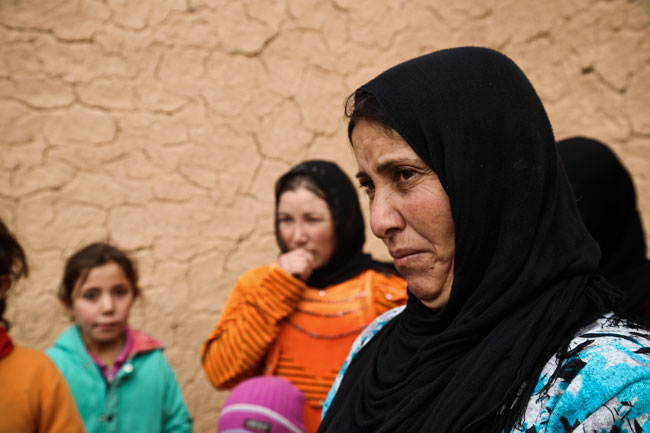 WFP is scaling up its food aid operations inside Syria to reach 2.5 million people in the coming months. Photo: WFP/Abeer Etefa

“In February, WFP is increasing the number of people it plans to reach from 1.5 million to 1.75 million people and is gradually building its capacity to reach two million people in March and 2.5 million vulnerable Syrians by April,” the agency said in a statement.

WFP, the Syrian Arab Red Crescent (SARC) and other partners have fed 1.5 million Syrians since September, but dispatching food inside the country has been increasingly hampered by growing insecurity and truck drivers reluctant to drive on some roads and to deliver food assistance to certain risky areas, according to the statement.

The situation in Syria is exacerbated by overall economic decline in the country. Syria’s gross domestic product (GDP) contracted by nearly 30 per cent since the uprising against President Bashar al-Assad began in early 2011, reported the UN Economic and Social Commission for Western Asia (ESCWA).

The international community has pledged more than $1.5 billion to provide humanitarian assistance to civilians affected by the conflict in Syria, both inside the country and for those who have fled to neighbouring countries.

The top four priorities inside the country include providing relief supplies such as food, healthcare and water to the most vulnerable; helping people who have fled their homes and the communities hosting them; supporting reconstruction of critical infrastructure; helping the poorest people avoid total destitution. 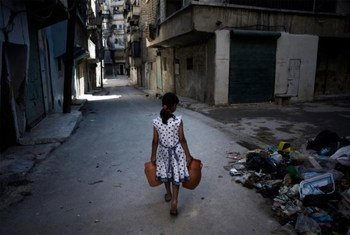 4 February 2013
A large-scale operation is under way in Syria to secure safe water supplies for more than 10 million people – close to half the population, the United Nations Children’s Fund (UNICEF) said today, amid reports that the quality and quantity of water is continuing to deteriorate with negative impacts for children’s health.