A United Nations independent expert today expressed grave concern over the decision by the Honduran Congress to dismiss four Supreme Court judges, and called on the Government to reconsider its decision.

“The principle of stability and the irremovable status of judges are a fundamental guarantee to protect the independence of judicial power, and this can only be disrupted under exceptional circumstances,” said the UN Special Rapporteur on the independence of judges and lawyers, Gabriela Knaul. “The dismissal of the four judges represents a grave attack against Honduras’ democracy.”

“Judges can only be dismissed for inappropriate conduct or incompetence and only after an established procedure that guarantees a fair judgment and allows for a revision of the decision,” Ms. Knaul said, adding that it is unacceptable for Congress to dismiss them as a reprisal mechanism.

The dismissal of the judges did not follow international norms that guarantee a fair trial and did not respect the judicial framework established by the country’s Constitution, Ms. Knaul said.

“I call on Honduran authorities to reconsider the dismissal of the judges due to the lack of an appropriate process and guarantees of a fair trial, and urge them to ensure that the judicial branch operates without pressure, threats or interferences,” she added.

♦ Receive daily updates directly in your inbox - Subscribe here to a topic.
♦ Download the UN News app for your iOS or Android devices.
judicial

UN expert calls on Mozambique to enhance independence of judiciary 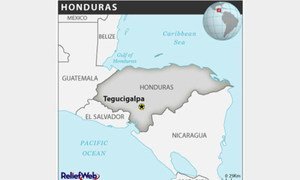 Three independent United Nations experts have expressed their dismay at the killing in Honduras of prominent human rights lawyer Antonio Trejo Cabrera, who was very active in the media denouncing alleged abuses by landowners and politicians.