UN agency plans to scale up food assistance inside Syria

UN agency plans to scale up food assistance inside Syria

16 January 2013
The United Nations World Food Programme (WFP) plans to reach 2.5 million people inside Syria with food aid – a million more than it is currently assisting – now that the Government has expanded the list of local partners it can work with, the agency’s chief said today.

WFP was given a list of 110 additional non-governmental organizations (NGOs) last week by the Syrian Government. The agency has assessed the operational capacity of these organizations and identified 44 that will enable it to scale up its operations to reach another one million people.

“We are pleased that the Government has provided us with the opportunity to expand our partners,” WFP’s Executive Director Ertharin Cousin told a news conference in Geneva. “We are now working expeditiously to expand our operations to reach the additional one million individuals.”

Ms. Cousin just completed a three-day trip to Turkey during which she met with Turkish officials in Ankara and Istanbul, and visited the Kilis refugee camp, where 22,500 Syrians who fled the conflict in their country are currently living. 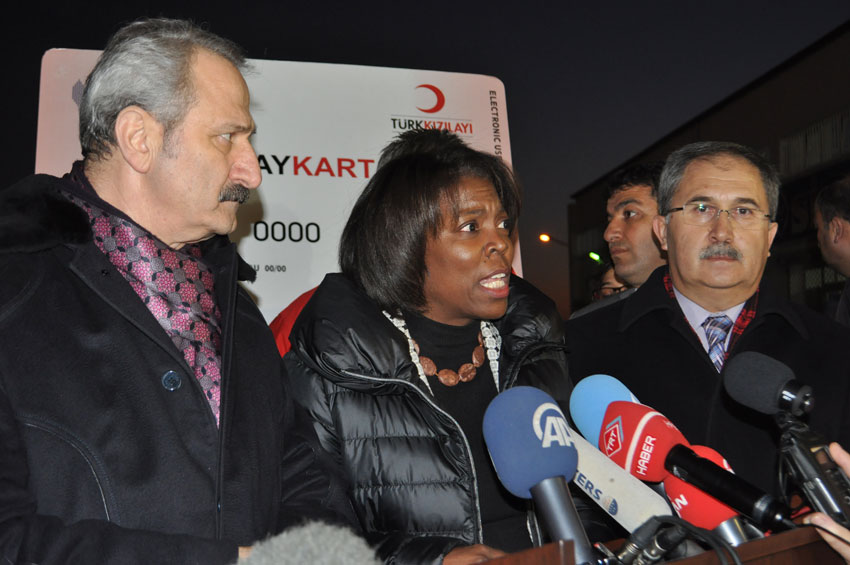 WFP's Executive Director, Ertharin Cousin, travelled to Turkey to see first-hand the humanitarian situation affecting Syrians who have fled there to escape the conflict taking place in their home country. Photo: WFP/Abeer Etefa 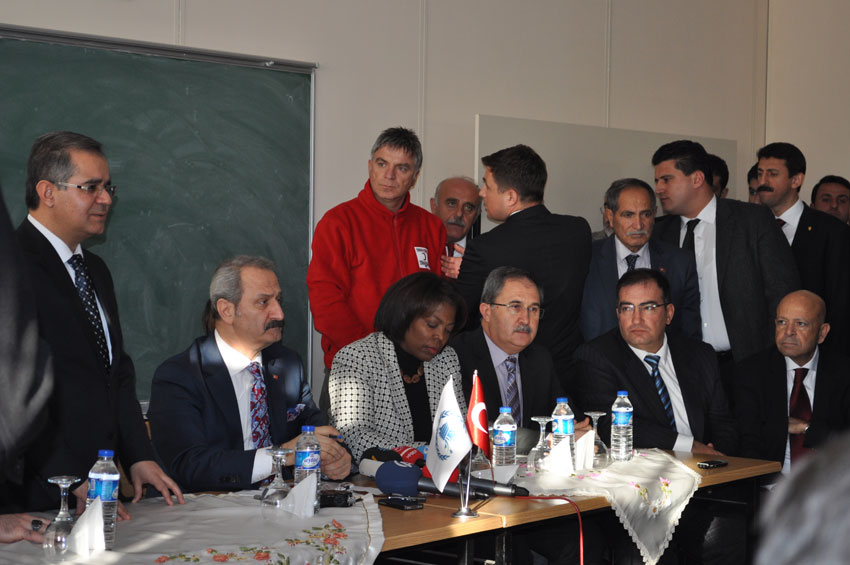 Before visiting the refugee camps, Ms. Cousin spent two days in high level meetings with Turkish officials in Ankara and Istanbul, where she expressed gratitude for the generosity of the Turkish people and the government for welcoming displaced Syrians. Photo: WFP/Abeer Etefa 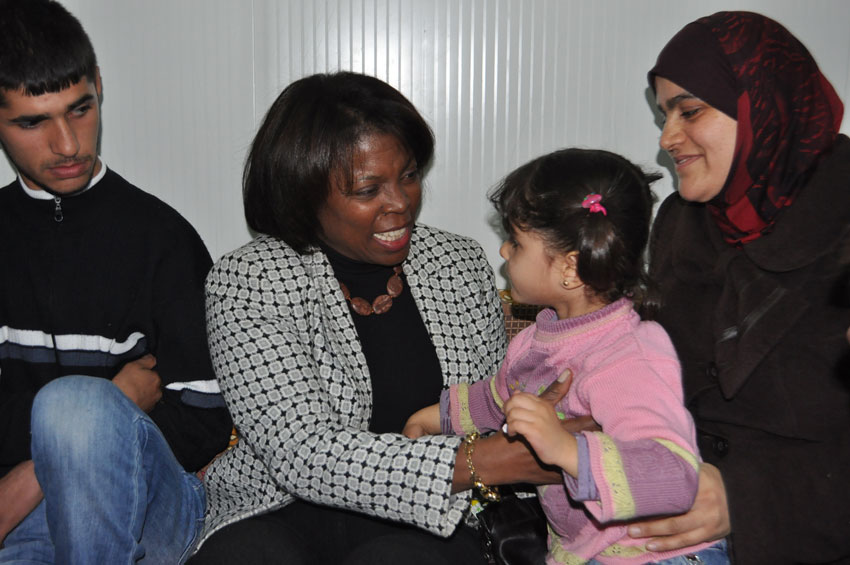 On her visit to the refugee camp, Ms. Cousin met Syrian refugees and heard stories about the deteriorating humanitarian situation in Syria that forced them to take refuge in neighbouring countries. WFP/Abeer Etefa 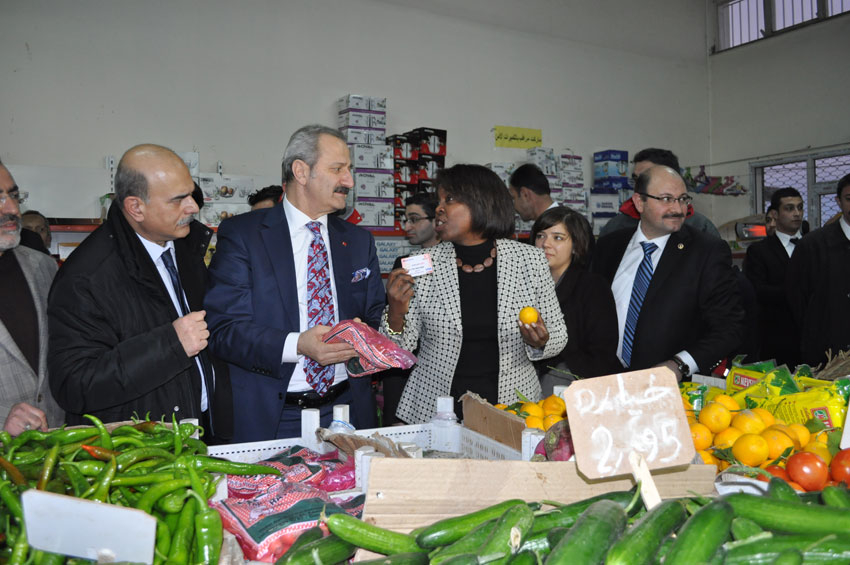 “It’s because of the compassionate response of the Turkish people and WFP’s strong partnership with the government of Turkey that we have been able to rise to the challenge of assisting so many Syrians in need of food assistance during this ongoing humanitarian crisis,” she said. Photo: WFP/Abeer Etefa 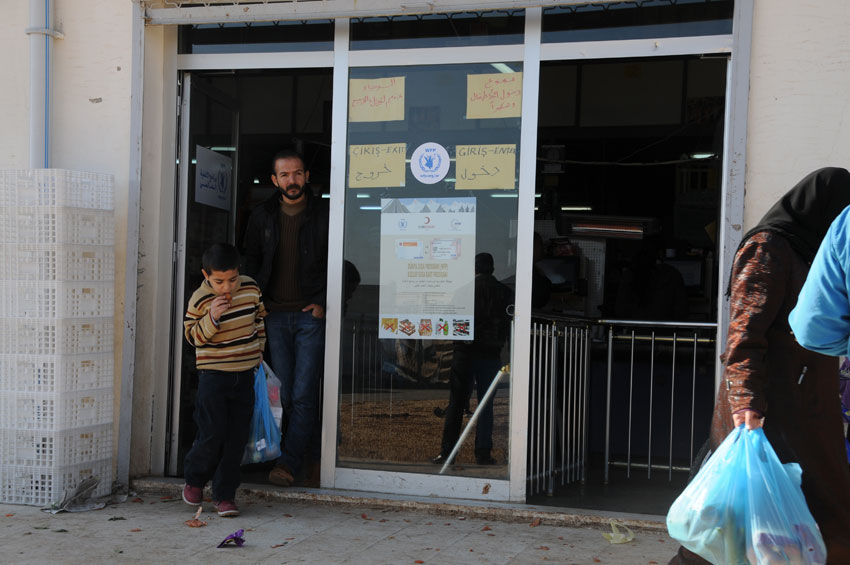 WFP began providing food assistance in partnership with the Turkish Red Crescent in October 2012 through an electronic food card programme. It plans to expand the project to assist 100,000 Syrian refugees in Turkey by June. 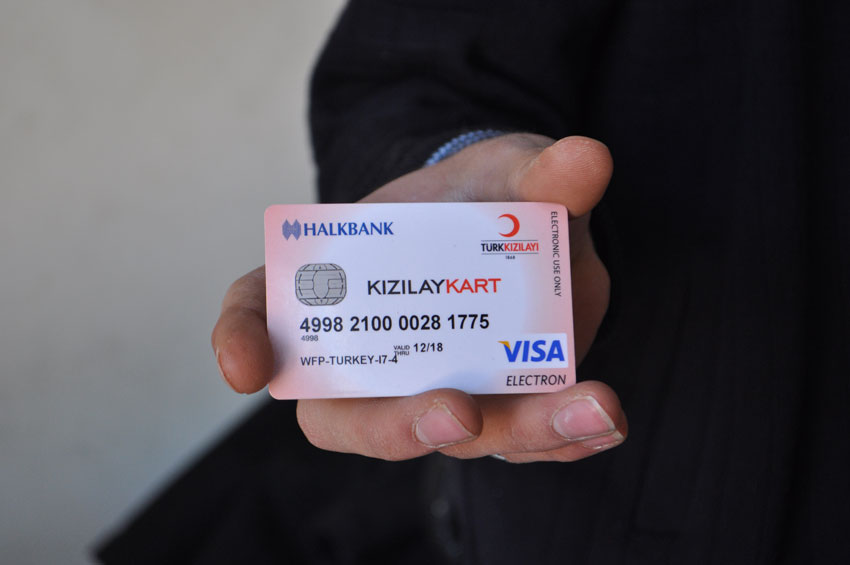 A shopper at one of the supermarkets in the camp shows her WFP electronic food card, used to purchase fresh food for refugees. The cards allow them to choose the food they want and prepare it as they wish. Photo: WFP/Abeer Etefa 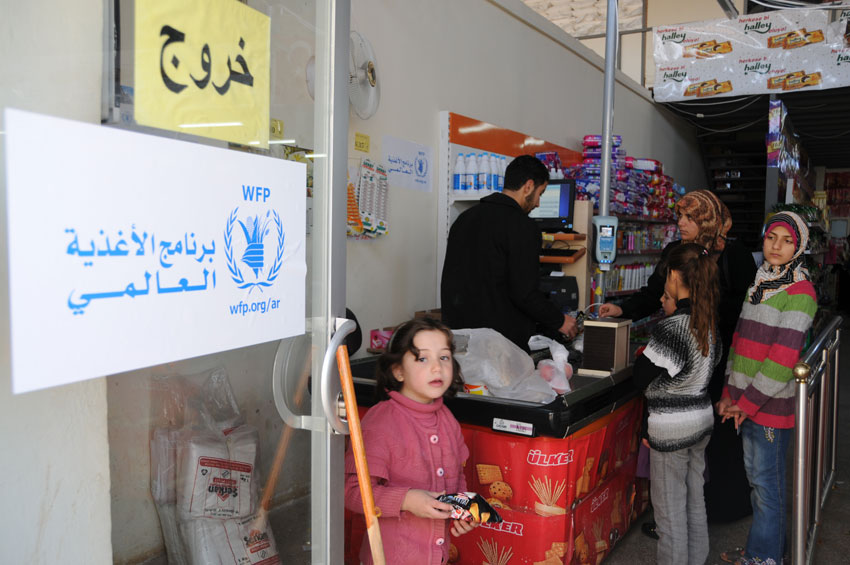 “We have a commitment to continue to support Syrian refugees -- whether in Turkey or in the other neighbouring countries -- with some of them in very precarious conditions this winter,” Ms. Cousin said. Here, Syrian refugees use their WFP card in a local shop. WFP/Abeer Etefa 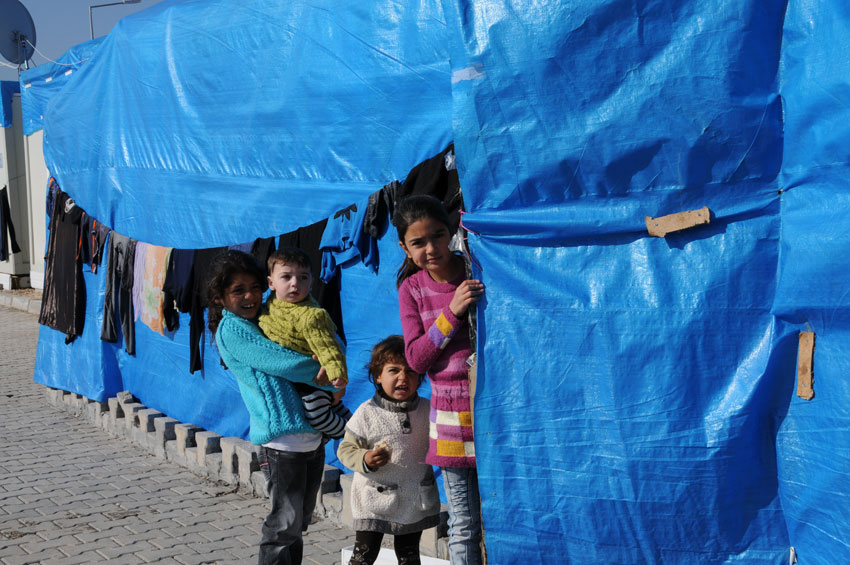 More than 200,000 Syrian refugees in Turkey are in 14 different camps spread out along the Turkish-Syrian border and living in host communities. Kilis camp, some 50 kilometres from the Syrian city of Aleppo, was one of the first to be established in Turkey. Photo: WFP/Abeer Etefa 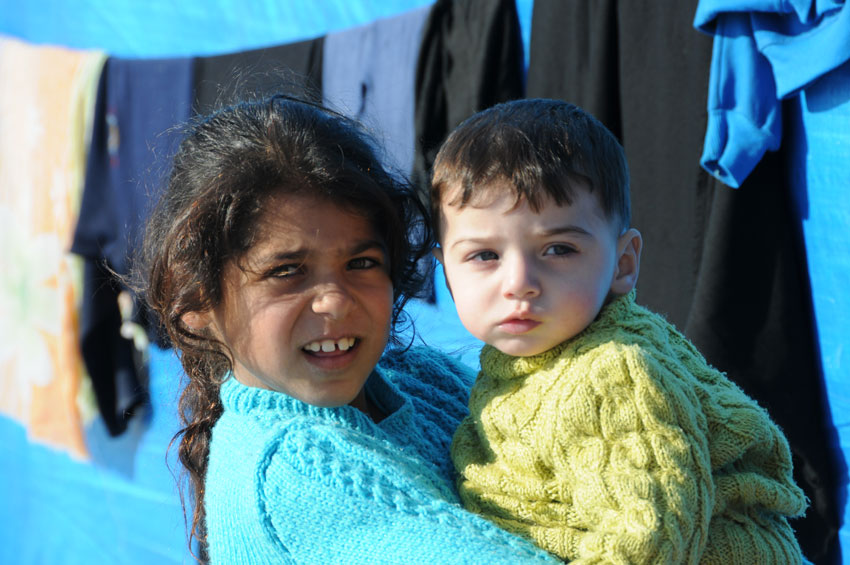 Inside Syria, working with the Syrian Arab Red Crescent and other partners, WFP is reaching about 1.5 million people a month with vital food assistance. Photo: WFP/Abeer Etefa

The UN estimates that the number of people in need of humanitarian assistance inside Syria quadrupled between March 2012 and December 2012, from one million to four million. UN humanitarian aid planning estimates that up to a million Syrian refugees will need help during the first half of 2013, with most of these located in Jordan, Iraq, Lebanon, Turkey and Egypt.

Inside Syria, WFP is reaching 1.5 million people with food assistance, working with its primary partner, the Syrian Arab Red Crescent.

“We are still going to be limited by the ongoing conflict,” she added. “I’m not going to suggest that merely because we will now have more partners that that will open up space that didn’t exist before because of conflict.”

While the Government has given WFP its consent to access all areas of the country, the agency has been constrained by increasing attacks on its trucks in the last two months.

“We have said we need the humanitarian space from both sides, from both the Government side and the opposition side. And we will continue to talk to all parties to ensure that we have the access that is required to meet the food assistance needs of all those inside Syria who are impacted,” Ms. Cousin stated.

“The reality is that we are in a conflict zone,” she continued. “There will be challenges to our ability to deliver. Our goal is to overcome those challenges at every opportunity to ensure that we provide the food that is necessary.”

Syria: UN officials voice condemnation and shock over bombing of University of Aleppo

UN study shows there are over 1.3 million child labourers in Yemen 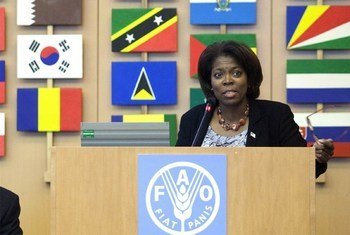 15 January 2013
The head of the United Nations food relief agency today expressed her gratitude to the people and Government of Turkey for their support of Syrians seeking refuge from the continuing violence affecting their country.