IRIN/Kate Holt
A young girl in Kaduna state, Nigeria, carries water from a river known to be infested with flies that cause river blindness.

“With this new phase in the control of these diseases, we are moving ahead towards achieving universal health coverage with essential interventions,” says Margaret Chan, Director-General of the World Health Organization (WHO), introducing a new report, entitled “Sustaining the drive to overcome the global impact of neglected tropical diseases.”

The report shows new momentum in controlling, eliminating and eradicating some of the longest-term scourges faced by humankind that take their greatest toll among the poor, moving the world closer to the elimination of many of them.

“The challenge now is to strengthen capacity of national disease programmes in endemic countries and streamline supply chains to get the drugs to the people who need them, when they need them,” Dr. Chan added.

According to the report, two diseases are targeted for global eradication, including dracunculiasis, or guinea-worm disease – which can produce a parasite as long as two or three feet – by 2015, and yaws, which attacks skin, bone and cartilage, by 2020. Targets are set for the regional elimination of several other diseases in 2015 and in 2020.

Such targets can be set because of the donation of medicines and funding through an alignment of international partners, which helped bring about a considerable scale-up of preventive chemotherapy and other actions through widespread delivery of single-dose, quality-assured medicines.

In 2010 alone, 711 million people received treatment for at least one of four target diseases, including lymphatic filariasis, onchocerciasis, schistosomiasis and soil-transmitted helminthiases, WHO said.

The agency projects that treatment for schistosomiasis alone will reach 235 million people over the next five years.

“The prospects for success have never been so strong,” adds Dr. Chan. “Many millions of people are being freed from the misery and disability that have kept populations mired in poverty, generation after generation, for centuries.”

UN study shows there are over 1.3 million child labourers in Yemen 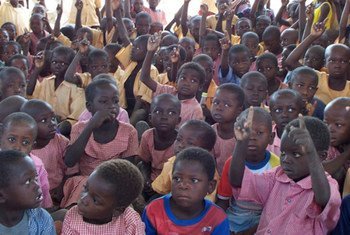