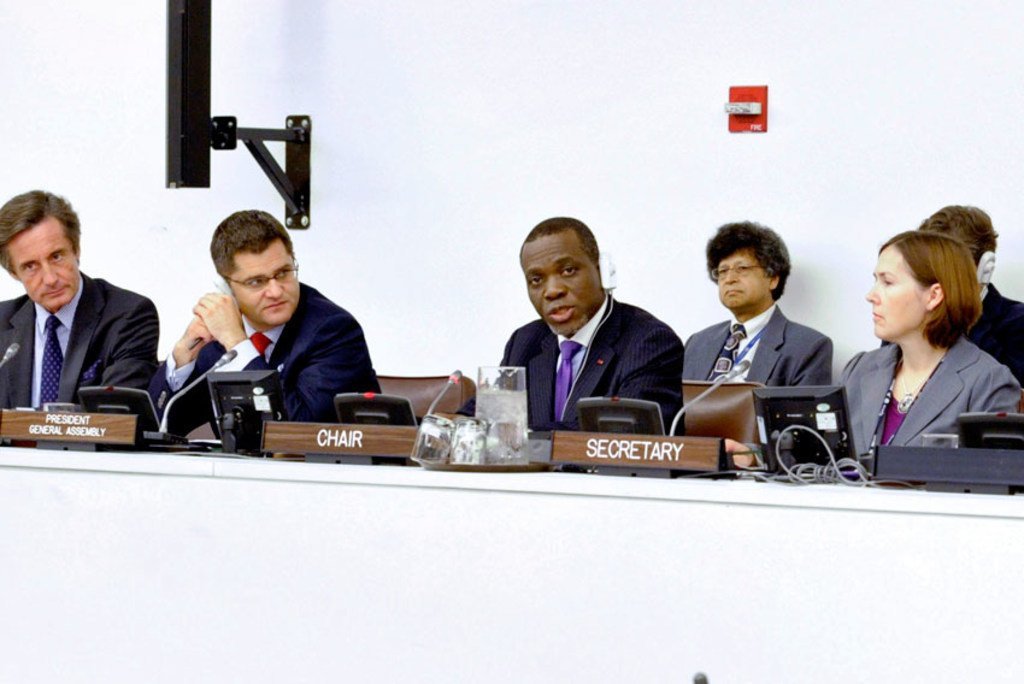 Here, in the fourth of a series providing a snapshot of the Main Committees, the UN News Centre takes a look at the Fourth Committee.

The UN Under-Secretary-General for Field Support, Susana Malcorra, briefs the Fourth Committee on the work of her Department. (October 2011) UN Photo/Mark Garten

The past, present and future pepper debate in the General Assembly’s Fourth Committee, which deals with special political and decolonization issues over a timeline that arguably makes it the most versatile of the six Main Committees of the UN General Assembly.

Yet the Committee’s thematic name – Special Political and Decolonization – offers just a hint of its many responsibilities.

Initially mandated to address decolonization in the post-World War II era, the Fourth Committee has taken on ‘Special Political’ duties in 1990 after the independence of most colonies and all UN trust territories. However, the Committee continues to address a mix of political issues and the contentious issues of decolonization which still raises tempers and inspires heated debate.

Under the latter can be massed a group of issues related to Palestinian refugees and human rights, peacekeeping, mine action, outer space, public information, atomic radiation and the so-called University for Peace. But it is precisely this eclectic spectrum that has led to the committee’s temporal elasticity.

The modern colonial era stretches at least back to the 1500s, when European powers began establishing empires made up of colonies in the Americas, Africa and Asia. While most of the former European possessions are now independent UN Member States, 16 territories remain classified by the UN as ‘Non-Self-Governing Territories.’

The list is not universally endorsed, making for lively exchanges in the Fourth Committee, where states with claims to the territories, sometimes with the backing of their allies, spar with one another over the merits of their respective arguments.

At the other end of the temporal spectrum is the Committee’s eye to the future in its consideration of how to use outer space. UN interest in things celestial began in 1958 when the General Assembly, acting a little more than a year after the Soviet Union launched the world’s first artificial satellite in the form of Sputnik 1, resolved to create a Committee on the Peaceful Uses of Outer Space.

Today, the UN’s architecture for dealing with celestial governance includes the Vienna-based UN Office for Outer Space Affairs, which supports the intergovernmental discussions of both the Fourth Committee, as well as the 71-member Committee on the Peaceful Uses of Outer Space.

Various committee members regularly raise questions about how to handle the mounting space ‘junk’ that has been accumulating above Earth since space flights began, while some argue for a comprehensive legal framework governing oversight of humankind’s ‘final frontier.’

In addition, the committee annually discusses the activities of the UN Relief and Works Agency for Palestine Refugees in the Near East (UNWRA). Created by the General Assembly in 1949, the agency is the main provider of education, health, social and other basic services to the five million registered Palestine refugees, who trace their roots to those displaced amid the fighting that followed the division of the former British mandate for Palestine.

The Fourth Committee’s focus on peacekeeping has regularly produced debate over many of the great questions surrounding the evolution of UN peacekeeping operations. Those questions include looking for ways to deploy peacekeepers more rapidly; enhance the protection of civilians; and develop police, judicial and other institutions in war-torn countries to advance peacebuilding capacity.

The atomic radiation consequences of Japan’s 2011 earthquake- and tsunami-related accident at its Fukushima Nuclear Power Plant, and the contributions of the UN’s University for Peace to helping bring about a peaceful world are just two of the additional recent considerations that make the Committee’s debating schedule a full one. 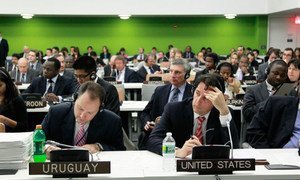