UN Photo/Martine Perret
A ceremony is held marking the official hand-over of policing responsibilities from the UN Integrated Mission in Timor-Leste (UNMIT) to the Polícia Nacional de Timor-Leste (PNTL) in Ainaro District.
31 December 2012

The United Nations peacekeeping mission in Timor-Leste today ended its operations, in line with the expiration of its mandate and amidst significant progress made in establishing peace and security in the country.

“The Timorese people and its leaders have shown courage and unswerving resolve to overcome great challenges. Although there remains much work ahead, this is an historic moment in recognising the progress already made,” the Secretary-General’s Acting Special Representative and Head of the UN Integrated Mission in Timor-Leste (UNMIT), Finn Reske-Nielsen, said in a news release.

The south-east Asian nation has endured a long and often violent journey towards independence and democracy since it formally broke away from Indonesia in 2002, and since it first appeared on the agenda of the UN Security Council 37 years ago.

Following another outbreak of deadly fighting in 2006, the UN Security Council established UNMIT – it replaced earlier peacekeeping and political missions there, and provided interim law enforcement and public security until Timor-Leste’s national police could be reconstituted and resume its roles.

Since then, the country has progressed on the path to democracy. This year, Timor-Leste celebrated the 10th anniversary of its independence, elected a new president and held parliamentary elections, which were largely peaceful and held in an orderly manner – and which prompted UNMIT’s expected and definitive withdrawal.

On a visit to Timor-Leste in August, Secretary-General Ban Ki-moon praised its people for the progress they have made since the restoration of independence, and commended the Government for consolidating a security sector that will be able to protect the country following UNMIT’s departure. At a recent meeting on Timor-Leste, the members of the Security Council applauded the “remarkable achievements” made by the small nation throughout its transition over the past decade.

“When I first came to Timor-Leste in 1999, the country was ravaged by fighting and political upheaval and shaken by displacement and suffering,” Mr. Reske-Nielsen noted in his remarks. “It has been a privilege to follow Timor-Leste’s path out of those difficult times, towards peace, stability and a brighter, safer future.”

The UN official observed that despite the progress challenges still remain, and even though UNMIT is closing, the world body will continue its partnership with Timor-Leste.

“As peacekeepers depart, we look forward to a new phase in this relationship focusing on social and economic development,” he said.

His comments were echoed by Ameerah Haq, who previously served as the head of UNMIT between 2010 and June this year, and is now based at UN Headquarters in New York, where she serves as the UN Under-Secretary-General for Field Support.

“The Timorese leadership has set a course for development,” Ms. Haq said. “This will be critical in the days and years ahead. The youth of the country need opportunities for education and jobs, to be able to make their own contribution to building their nation.”

Most of UNMIT’s staff has left Timor-Leste. A small team will remain into the first months of 2013 to complete any remaining tasks, including liquidation. Mr. Reske-Nielsen will serve as the UN Resident Coordinator and Head of the UNMIT liquidation team until 31 March 2013. 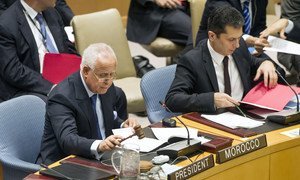 As the United Nations winds down its peacekeeping operation in Timor-Leste, the Security Council today applauded the “remarkable achievements” made by the small south-east Asian country as it transitioned over the past decade from a colonial enclave to an independent and democratic State.