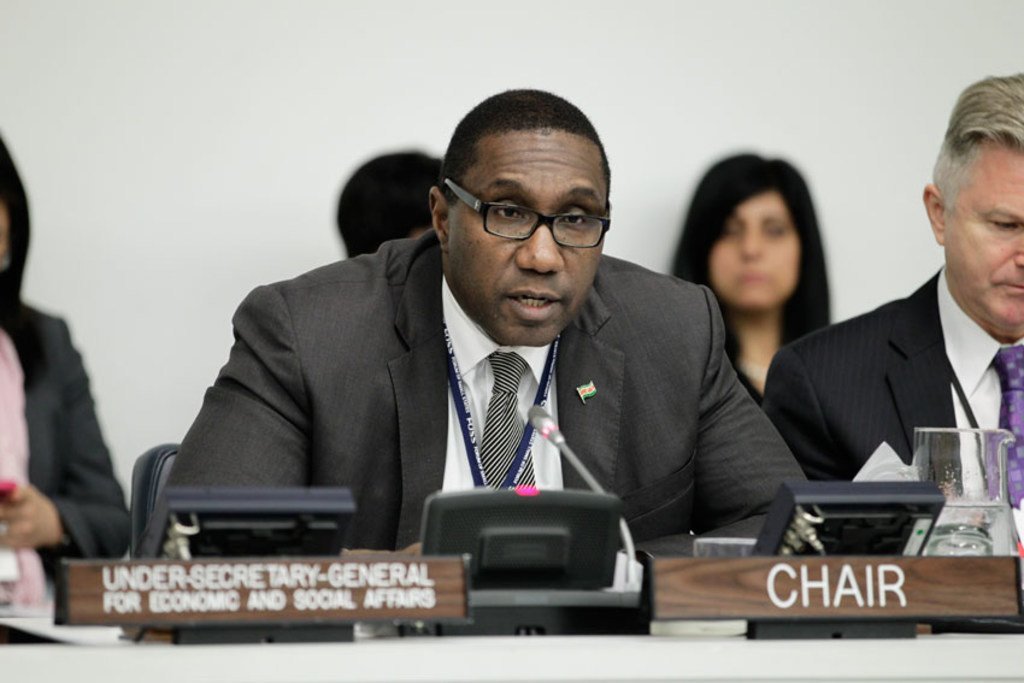 Here, in the third of a series providing a snapshot of the Main Committees, the UN News Centre takes a look at the Third Committee.

The next day that document – often referred to as a Magna Carta for people across the world – entered the annals of history as one of the instruments that would bring the most sweeping change to post-war societies. Adopted some three years after the United Nations itself was created and World War II ended, the Universal Declaration of Human Rights is one of the founding documents of the world body. Without constituting a binding treaty per se, this instrument today has the force of law and continues to serve as a living legal document, 64 years later.

This subject matter ensures that the Committee – which covers humanitarian, social and cultural affairs – inspires some of the General Assembly’s liveliest debates every year during the months of October and November. Reviewing the entire spectrum of human rights-related subjects lies at the heart of its mandate; as Member States pronounce their very different views on a wide range of topics.

With a particularly tight schedule of meetings in 2012, the Third Committee had no less than 73 topics for debate. Of this slate, more than half were related to human rights, making this Committee’s agenda possibly the busiest of the six Main Committees. Presided over by Ambassador Henry L. Mac-Donald of Suriname, this year’s session was no exception.

“In the course of the last few years, the Third Committee’s deliberations have become less contentious,” said one senior UN press officer assigned to cover the body’s deliberations.

“Progress has been made, for example, on issues like the situation of human rights in Myanmar, which has been on the agenda for several years, but which drew several comments from Member States welcoming the advances that have been made this year with democratization,” he added.

This turn of events was confirmed when the President of the United States, Barack Obama, visited that country on 19 November, a fact that many could hardly have imagined a few years ago.

The very next week, the Third Committee, in an unprecedented move, endorsed the steps taken by Myanmar, opening the way for a possible removal of the agenda item from its consideration in upcoming sessions.

Tomas Ojea Quintana, the Special Rapporteur on the situation of human rights in Myanmar, and one of many UN independent experts to brief the Committee. (October 2012) UN Photo/JC McIlwaine

“Instead of having to defend their record on human rights, Myanmar suddenly finds itself in a position to begin attracting foreign direct investment,” remarked the press officer.

The mandate of these individuals or committees derives from the so-called ‘Special Procedures’ created by the Geneva-based Human Rights Council to look into the human rights situations in particular countries or with regard to specific human rights violations. These human rights mechanisms include specific committees that monitor the implementation of individual conventions by States parties, as well as extra-conventional mechanisms, or the ‘Special Procedures’ such as independent experts who report in their personal capacity or as members of working groups.

In 2012, some 38 Special Rapporteurs presented their reports to the Third Committee, on subjects ranging from the situation of indigenous peoples and torture, to extra-judiciary, summary and arbitrary executions to the independence of the judiciary.

The President of the Human Rights Council, Laura Dupuy Laserre, also raised the issue of the financial shortfall facing the Council, given that the work of the Special Rapporteurs, the creation of independent inquiries and requests for technical assistance to build capacity in countries, show no signs of abating.

Besides Myanmar, the human rights record of three other countries – Iran, the Democratic People’s Republic of Korea, and, more recently, Syria – were topics of discussion at the Third Committee’s deliberation.

In addition, with respect to the situation of the people in the occupied Palestinian territory, the Committee also came up with a draft urging the Assembly to give recognition to an independent Palestinian State. Subsequently, the Assembly granted recognition to Palestine as an Observer non-Member State in the General Assembly.

Among some of the other strong actions taken by the Committee was a historic vote calling for an end to female genital mutilation, urging for practitioners to be punished, and for victims to be protected.

Meanwhile, Secretary-General Ban Ki-moon himself welcomed a Third Committee vote in favour of the call for a moratorium on the death penalty.