17 December 2012
Secretary-General Ban Ki-moon is alarmed by the continued dramatic escalation of violence in Syria over the past several days, and the grave danger facing civilians in areas under fire, according to his spokesperson.

There have been “extremely worrisome” reports earlier this week of a mass killing of civilians in the village of Aqrab near Hama, as well as alleged firing of long-range missiles in some areas of the country, said a statement issued on Sunday night by Mr. Ban’s spokesperson.

Continued bombing raids by fixed-wing military aircrafts and attack helicopters on populated areas have been amply documented, it added. There were also reports on Sunday of aerial bombing amid intense violence resulting in many casualties among Palestinian refugees in the Yarmouk camp in the capital, Damascus.

“The Secretary-General firmly condemns this escalation of armed violence, in particular the shelling of population centres and attacks against civilians. He calls on all sides to cease all forms of violence,” said the statement.

“The Secretary-General reminds all parties in Syria that they must abide by their obligations under international humanitarian law to protect civilians,” it added. “Targeting civilians or carrying out military operations in populated areas, in an indiscriminate or disproportionate fashion that harms civilians is a war crime.”

In addition to expressing grave concern over the safety of Palestinian refugees in Syria and calling on all parties to refrain from any action that endangers civilians, UNRWA said it is following up on the reports of the casualties at the Yarmouk camp.

“Thus far, a significant number of Palestine refugees, as well as Syrians, have been killed, injured and compelled to leave. The killings in Yarmouk today send a clear and unfortunate signal that calls by UNRWA and others on all parties to spare civilians and to respect the neutrality of Palestine refugees are going unheeded,” the Agency said in a statement.

UNRWA’s Commissioner-General, Filippo Grandi, has appealed to the Syrian authorities, and all parties to the conflict, to safeguard the security of Palestinian refugees wherever they reside in Syria.

The refugee agency said the numbers are currently climbing by more than 3,000 per day, and the total number of refugees could increase to 700,000 by the end of the year.

Over the weekend, the UN High Commissioner for Refugees, Antonio Guterres, and European Commissioner Kristalina Georgieva appealed to all parties in the conflict to respect international humanitarian law, to provide unhindered access to humanitarian aid and to ensure the safe passage of civilians fleeing the fighting.

“Millions of Syrians are affected by this conflict and hundreds of thousands are uprooted and on the move in search of safety,” Mr. Guterres said during a joint visit to Lebanon to view refugee projects.

“Getting help to them is difficult and dangerous. And those seeking protection in neighbouring countries are often in extreme danger right up to the borders. The safety of the civilian population is of paramount importance,” he stressed.

Also on Monday, the UN Under-Secretary-General for Humanitarian Affairs, Valerie Amos, who was in Damascus on Saturday, briefed the Security Council in a closed-door session on the latest situation on the ground.

“I heard shelling all day long when I was in Damascus on Saturday, so it’s clear that the security situation remains volatile,” she told reporters after the briefing.

Ms. Amos said that she asked the Government to allow the UN to import fuel because the shortage of fuel is impeding the world body’s humanitarian operations, and to consider allowing 10 additional international non-governmental organizations to be able to work in the country so that relief activities can be scaled up.

She also informed the Government that the UN will be making greater contacts with the opposition inside Syria so that humanitarian workers can access areas outside of the Government’s control. 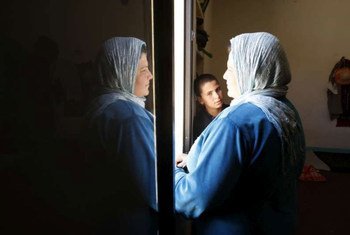 12 December 2012
The international community needs to unite to support a negotiated end to the crisis in Syria, Secretary-General Ban Ki-moon stressed today, reiterating that a military solution will not stop the violence that has already claimed tens of thousands of innocent lives.