13 December 2012
Delegates from over 160 countries meeting in Dubai have finished drafting the text of a revised global treaty that sets out general principles for assuring the free flow of information worldwide, the United Nations International Telecommunication Union (ITU) announced today.

“This treaty contains many gains and achievements, including increased transparency in international mobile roaming charges and competition, an extremely important win for consumers,” ITU’s Secretary-General, Hamadoun I. Touré, said in a statement.

The current ITRs functions as the binding global treaty designed to facilitate international interconnection of information and communication services, as well as ensuring their efficiency and widespread public usefulness and availability.

Mr. Touré noted that the revised treaty contains a newly updated article that will promote greater connectivity for people with disabilities as well as a new resolution covering land-locked developing nations and small island developing States.

“This resolution will set the framework for increased investment and roll out of broadband and mobile broadband, bringing vital services to populations that are currently disconnected,” he stated.

“Information and communication technologies can now play a greater role in driving sustainable development, in particular with new articles that provide recommendations for dealing with the growing scourge of e-waste and promoting greater energy efficiency,” he added.

Annexed to the treaty, he noted, is a non-binding resolution that aims to foster the development and growth of the Internet – a task that ITU has contributed significantly to since the beginning of the Internet era. It is also a task that is central to the ITU’s mandate to connect the world – a world that today still has two thirds of its population without Internet access, he added.

“History will show that this conference has achieved something extremely important,” the ITU head said. “It has succeeded in bringing unprecedented public attention to the different and important perspectives that govern global communications. There is not one single world view but several, and these views need to be accommodated and engaged.” 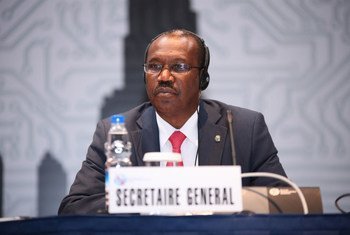 6 December 2012
A major United Nations technology conference where States have gathered to discuss how to facilitate international information and communication services suffered a network outage –linked to criminal groups – to one of its websites on Wednesday, preventing participants from following deliberations and accessing texts online.